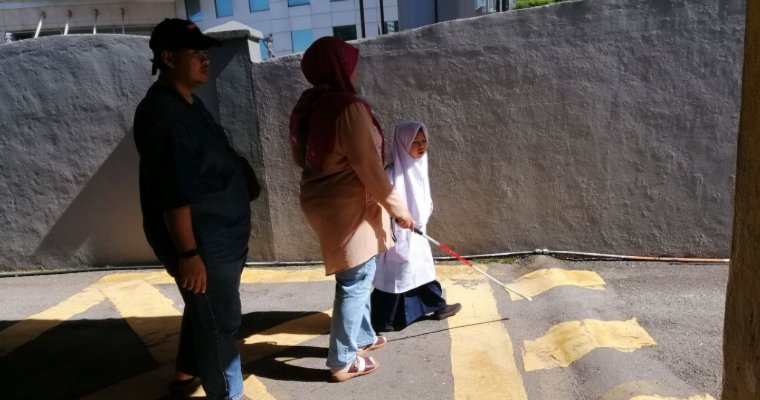 The first day of school is usually a nerve-wracking one for parents and students alike. For some parents, this will be the first time their children are left to be independent for an extended period of time. For some students, this the day their lives truly begin. School has already begun for students in some states in Malaysia, and of course, adorable images of Standard 1 students going for their first day of school have already hit the internet!

However, this poignant post from a teacher named Nadwa Nasir has gone viral, describing how a little Standard 1 girl gave her blind mother and father a tour of the school grounds on orientation day, describing every part of the school to them.

She described how she came upon the scene as she was meeting a class of 30 Standard 1 children, and was amazed at how independent the little girl was.

“My tears fell upon watching this little child leading her mum and dad who can’t see to the Standard 1 orientation. This is the first day she’s going to school!”

“She herself wrote the contact numbers for her mum and dad. Even though she just learned to write. Even though the numbers are reversed. Child, you are so strong. So independent at so young an age.”

After orientation was over, the little girl led her parents on the tour, explaining to them when they had reached the canteen, where the pondok her mum would wait for her to finish school was, etc. Nadwa was truly moved by the little girl, noting that it was as if she felt she needed to be even stronger than the student to get through 2020.

This little girl is definitely an inspiration! Despite being so young, she seems to be mature and understands her parents need that little helping hand to get them used to the school. Hopefully her school life will be a great one!

Also read: Loyal & Clever Doggo Waits For His Human to Board School Bus Every Morning 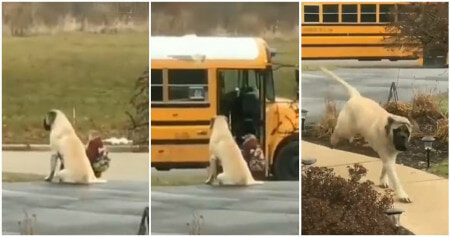