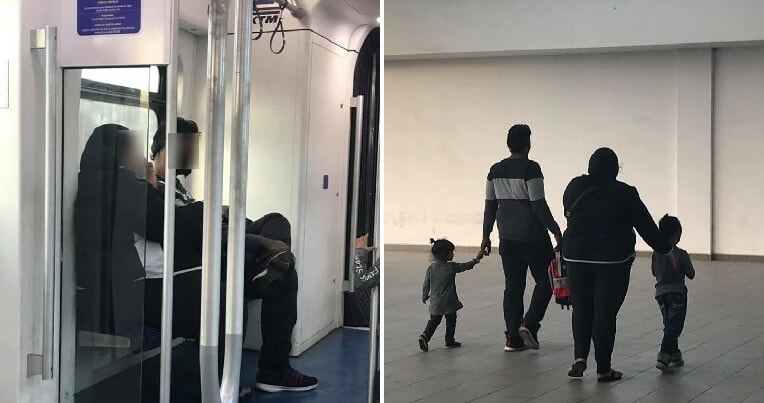 A lot of us rely on public transport to get us from point A to point B and since so many people use it, we should always be considerate of others. Recently, a Malaysian girl who was taking the KTM ETS from Butterworth to Padang Besar on November 22 shared a disgusting incident she encountered during her journey. 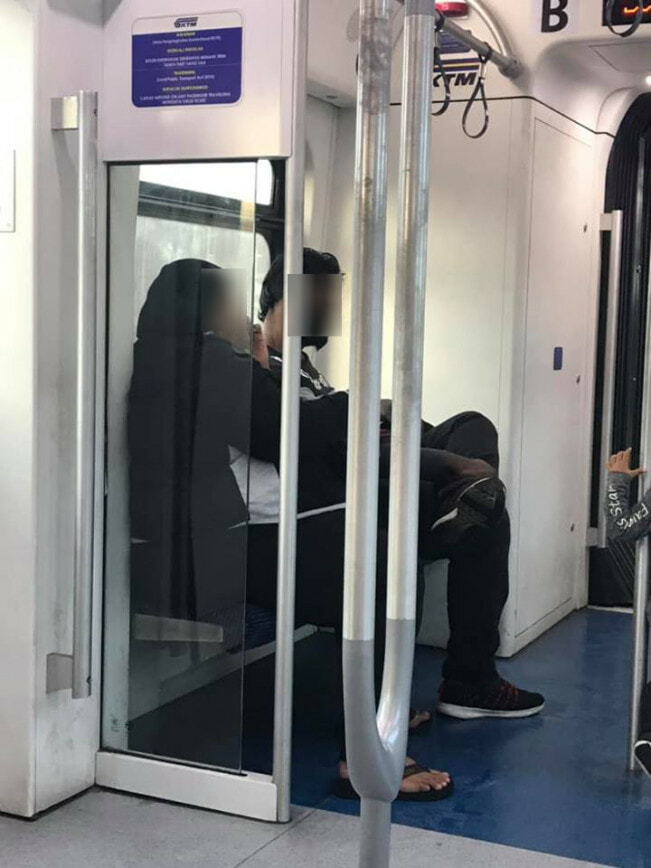 In her post on Facebook, she said she was horrified when she saw a mother who was sitting in front of her helping her young daughter take off her pants and then asking the daughter to pee on the seat. Yes, the seat itself!

She added, “I was shocked because the pee got on my shoes and my luggage! I confronted them and the father told me, ‘Cik, apa boleh buat ini emergency. KTM tak ada toilet nak buat apa, nanti saya bayar orang tolong bersihkan. Apa lagi cik nak?!‘ (Miss, what can I do, this is an emergency as KTM trains don’t have any toilets. I’ll pay someone later to come and clean it up. What more do you want?!)” Now, the logical solution to prevent these situations from happening would be to empty your bladder before going on long distance rides like this. Otherwise, if you are afraid that accidents may happen with your young child, it’s probably best to have them wear diapers.

However, when she raised this question to the parents, the father told her, “My daughter is already so big, you still want her to wear diapers?” Hmm, she must be old enough to be toilet trained then, right? When she shared the incident on social media, many other netizens were similarly disgusted and grossed out by the actions of these parents who were accompanied by a young son and daughter. 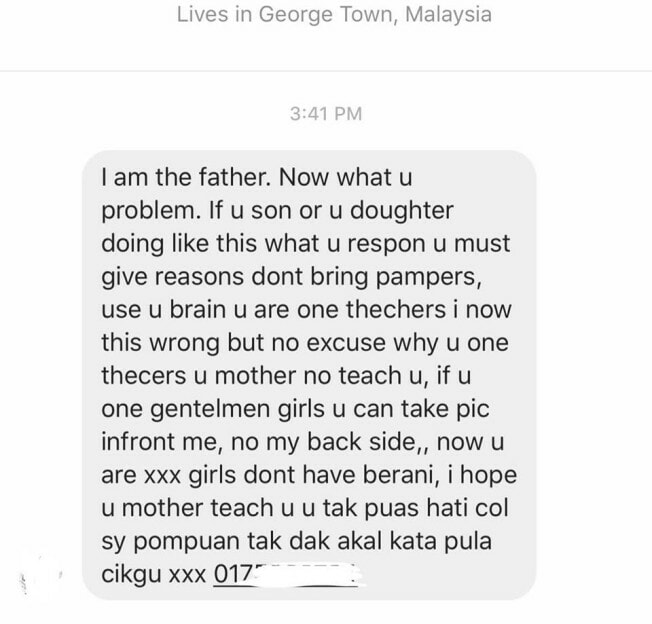 Of course, there were people who were skeptical of her post as she did not post a picture of the kid peeing or even the pee-soaked seat. In response, she said, “I was seated at the row behind them when I saw the fluid pouring down from the seat; my first thought was they spilt their water, I didn’t know it was urine. I only realised that it was urine when I stood up because the fluid smelled funny and the next thing I saw was that little girl sitting on the seat with her trousers pulled down to her thighs.”

“I didn’t get up to snap photos of the drenched seat after that because the family was sitting right in front of me and the guy was being hostile after I confronted him in a coach with less than 10 people heading towards Padang Besar station. I need to consider my own safety since I’m travelling alone,” she added. 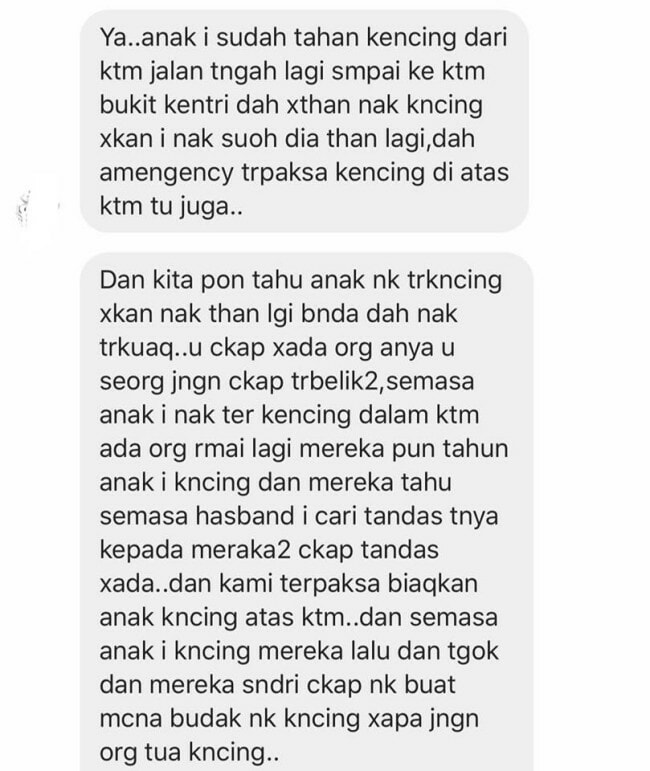 She said that she had reported the incident to KTMB as well and got a reply from them saying that they would investigate the case on their CCTV. Apparently, the father also contacted her on Facebook after the issue went viral but they did not provide a single apology, only more excuses that their daughter had no choice but to pee on the train’s seat. 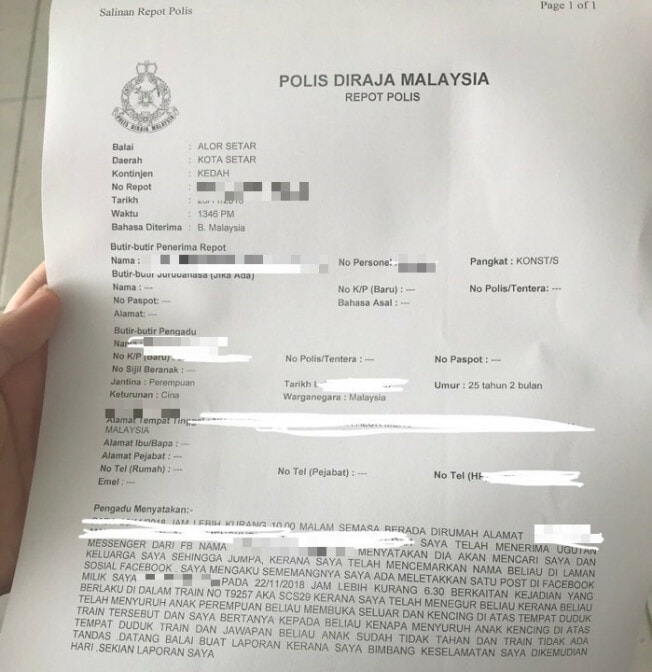 That’s not all, the family continued to harass her and even sent her threatening messages on Facebook, saying that she had shamed them. They even said that they would look for her! Fearing for her safety, she has since lodged a police report. Finally, she warned others to be careful before sitting down in the train as they might accidentally sit on the contaminated seat.

Also read: Guy Needs to Pee Urgently But Gets Confused AF By These ‘Creative’ Toilet Signs 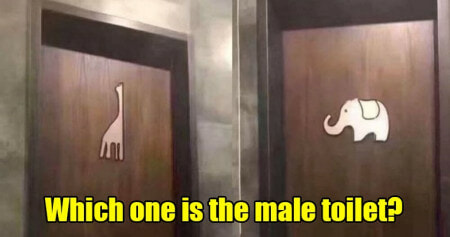