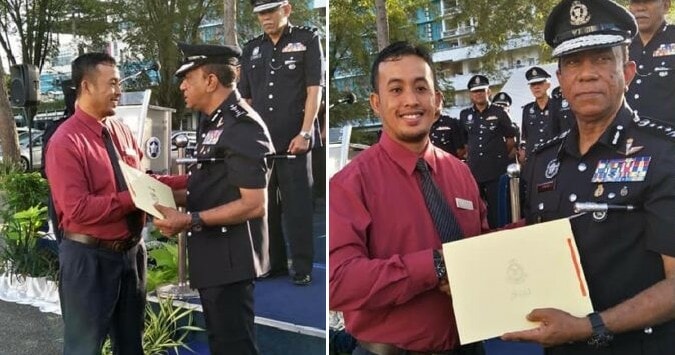 It is the responsibility of the police to stop crime and help innocent citizens like us but sometimes, they need a little help from us too. This brave man, Syaidin Mohamed Suleiman, 36, was recently awarded a Letter of Appreciation from the Johor police chief Datuk Mohd Khalil Kader Mohd. 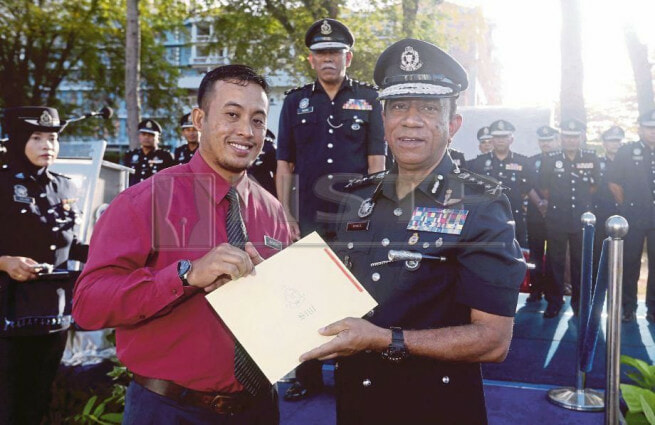 According to Harian Metro, Syaidin, who is a teacher at Sekolah Menengah Agama Lughatul Arabiah, Tangkak had bravely fought three robbers who broke into his mother’s house on November 17 last year. He told the portal, “Citizens have to be brave and come forward to help the police fight crime. We should not rely solely on the police to stop crime from happening,” he said.

The incident had taken place at around 2.15am when he was woken up by the screams of his sibling, wife, and mother who realised that there were intruders in their home at Kampung Parit Pelampung, Gerisek, Tangkak.

“When I came out of my room, I saw two masked men and started fighting them. Hearing the commotion, another robber came out of my mother’s room where he had been threatening my mother by pointing a parang at her neck,” he explained. 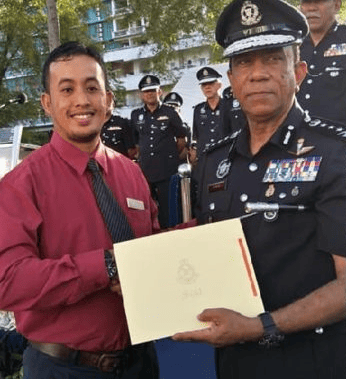 “I was forced to fight with three robbers and the struggle continued from inside to the outside of the house for almost 30 minutes. The only weapon I managed to reach in time for self-defence was a coconut husk remover tool that was outside the house but I still sustained several injuries. There are still some scars left from the fight,” he added. He saved his family!

Luckily, the fight ended when one of the robbers fled the scene on their vehicle while another one was caught in the nearby bushes after a quick-thinking neighbour called the police. Another robber was arrested at around 2pm on the same day after villagers caught him in a nearby farm. 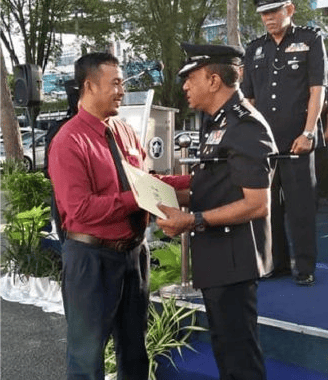 Meanwhile, the neighbour that helped Syaidin also received a letter of appreciation from the police. Syaidin says that he hopes this would encourage the public to be braver and help the police fight crime as everyone plays a part in helping maintain the peace and prevent crime.

That’s a really brave move! Would you do the same for your family as well? 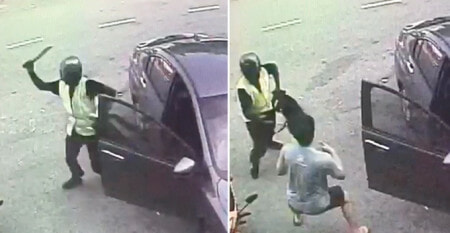