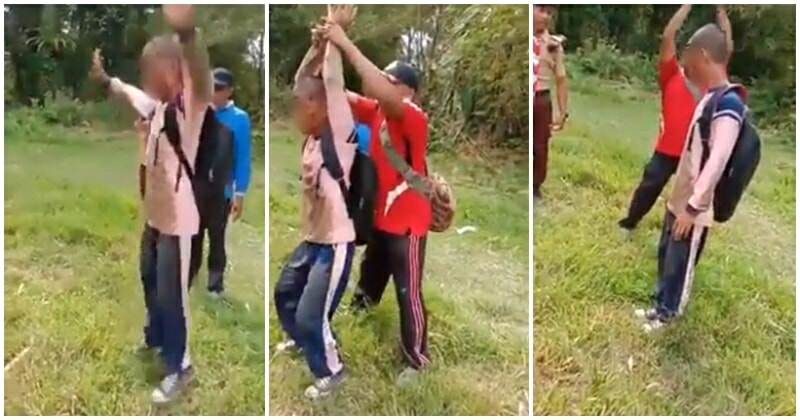 The star jump is a simple body weight aerobic exercise that involves jumping on the spot while coordinating the movement of the arms and legs.

Due to its simplicity, it has become the go-to exercise for almost anybody from pre-schoolers to adults.

But what if we were to tell you that we have uncovered a video of a person who has not done a single star jump in his life!

Here is a video of a recruit attempting to perform a star jump, despite not having done one in his life, to the joy of his senior officers.

Hilariously, despite putting his best foot forward in getting it right, his attempts became the butt of the joke for his seniors and his fellow recruits.

Understanding the struggles faced by the recruit, his seniors took it upon themselves to teach him how to do it correctly.

That’s a mark of a commendable senior officer.

Commenting on the video, one netizen mentioned that during his university days, there were others just like the recruit who has never performed a star jump before.

See? He is not the only one.

For whatever the reason, we commend the recruit for his will to perform the best he can and his instructors for having the patience in helping him out.