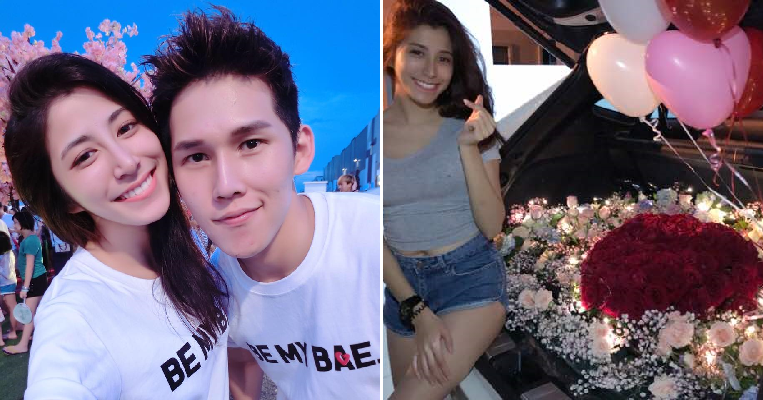 Valentine’s Day just passed not long ago and many people were sharing their lovey-dovey photos all over social media. However, this one couple posted a super sweet video that may have just landed all boyfriends and husbands in trouble while making sure every girl who sees it is jealous. 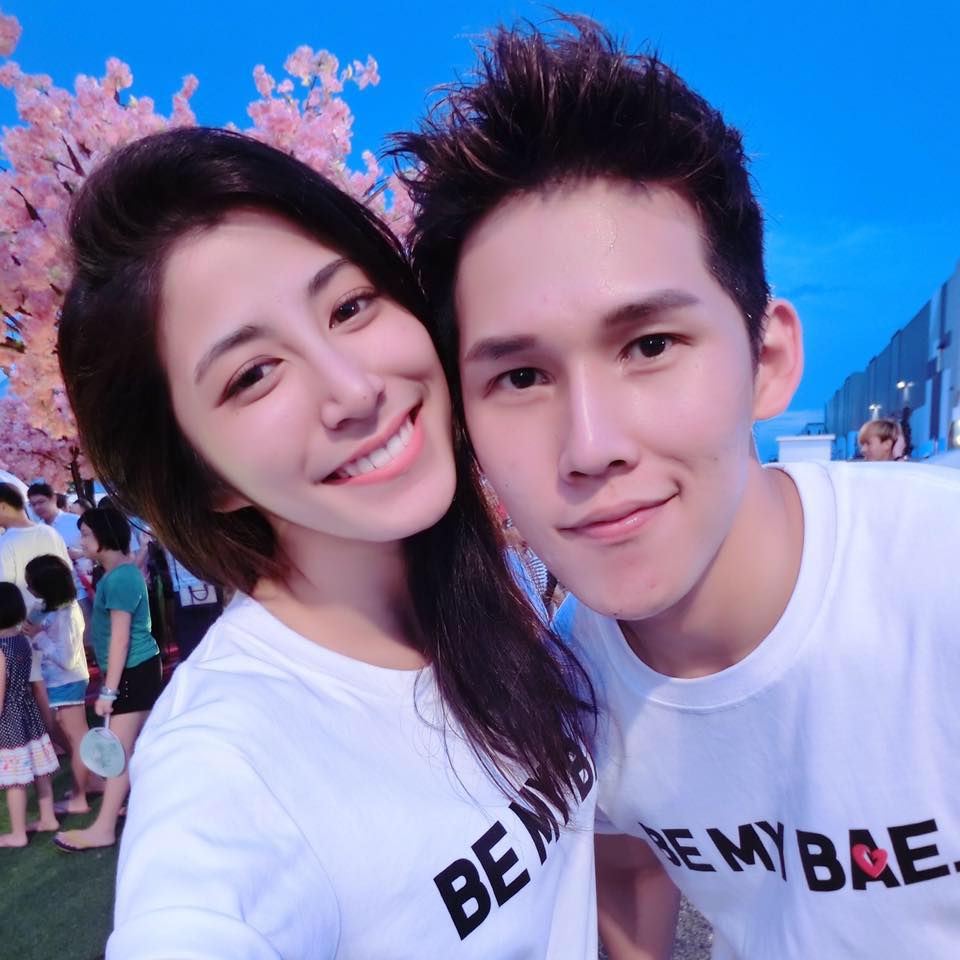 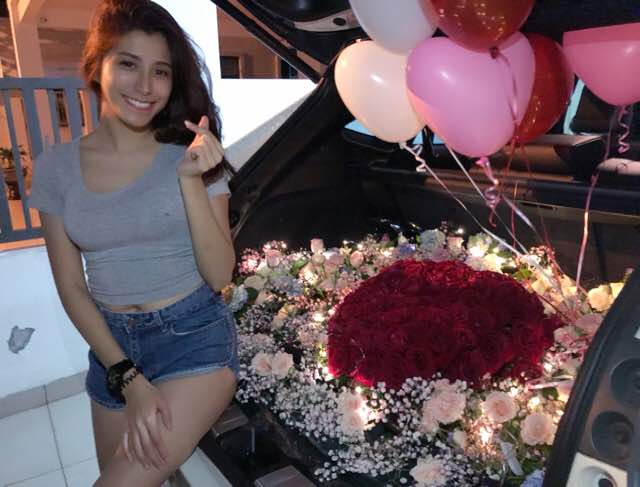 His grand plan was to fill the back of his car with flowers and then surprise his girlfriend by asking her to open up the boot. It isn’t as simple as it sounds! In the video, Jeff went to the florist and requested to create a veritable garden in his car boot, which cost about RM1,280. Whoa! 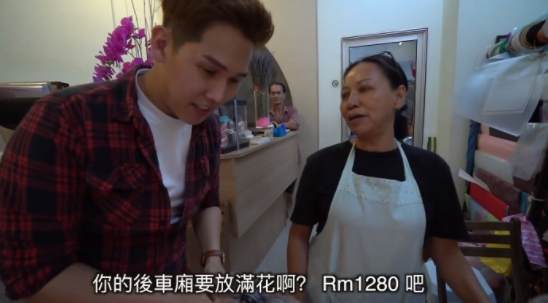 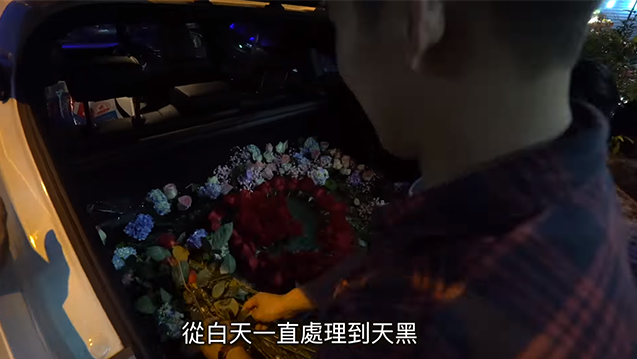 To show his sincerity, Jeff didn’t allow the florist to do the arrangement for him but he did it all by himself even though he had not done any flower arranging before. Finally, the beautiful flowers were done using baby’s breath, different coloured roses and balloons. He even made a heart in the middle!

That night, Jeff put his plan into motion as he lied to Inthira that his car had broken down after a shoot. One of their friends who was in on the plan brought her over to the location and Jeff watched as his girlfriend took notice of the huge ribbon he had tied on his car boot. 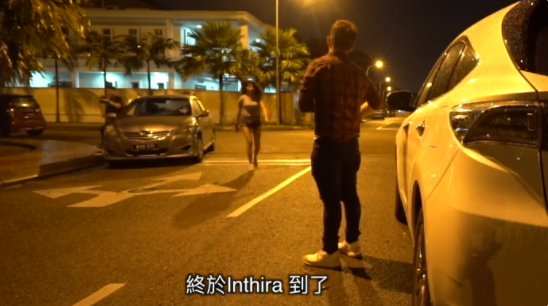 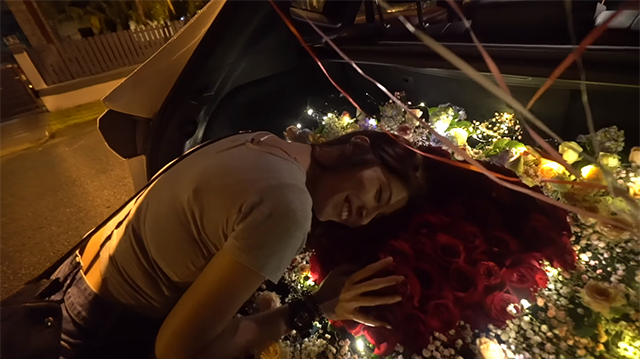 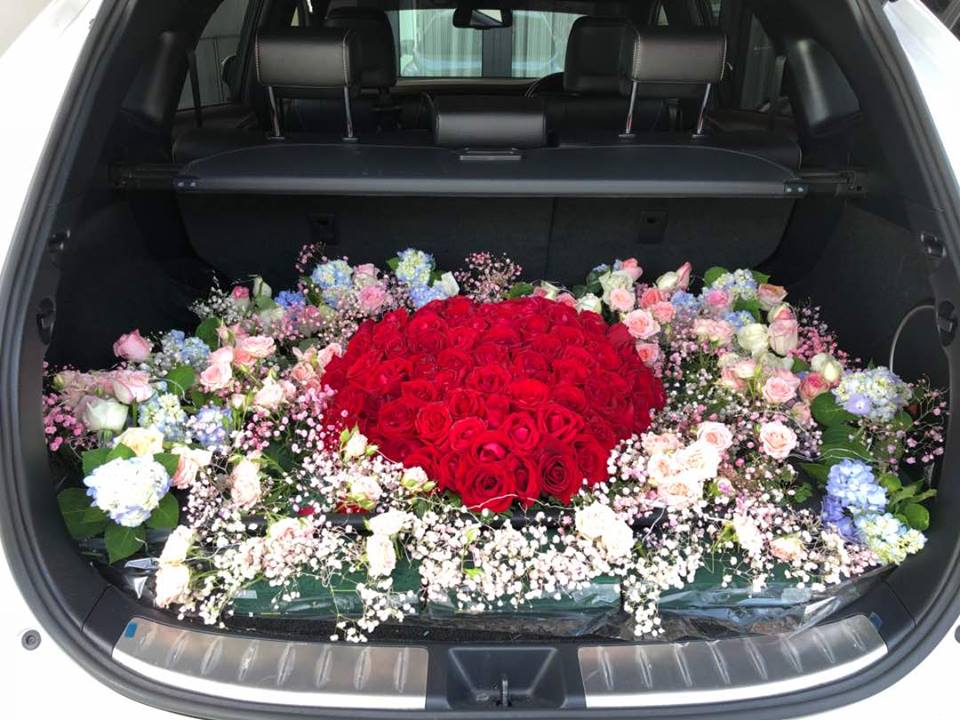 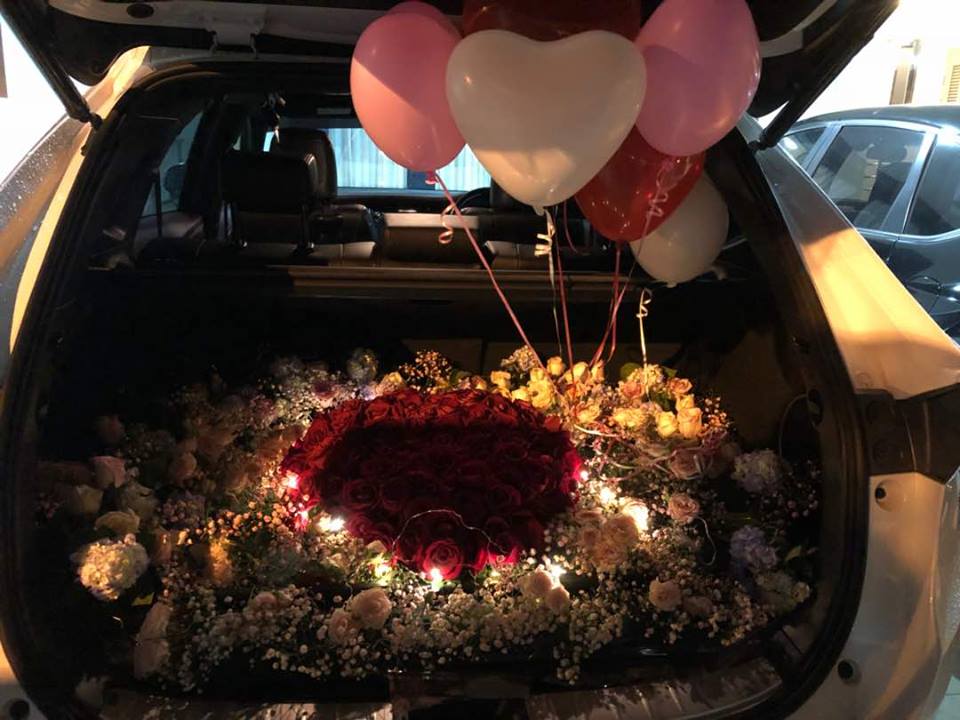 Stunned, Inthira could only smile happily as Jeff said, “Surprise, Baby!” when the car boot was opened. When she saw the gorgeous flowers all prepared just for her, she couldn’t stop smiling and laughing. She loved the flowers so much that she even said that she wanted to sleep in the boot with the flowers!

However, that wasn’t the end of the surprise. To the delight of his girlfriend, Jeff opened the car’s back door and produced a whole load of expensive presents just for her. Among them were a gold Tsum Tsum necklace, Victoria’s Secret perfume, Louis Vuitton handbag and last but not least, a Macbook Pro. Fancy! 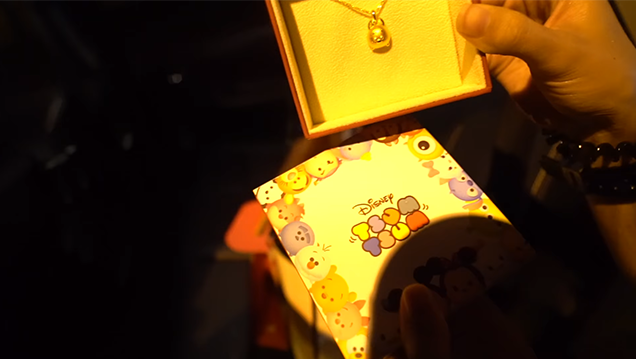 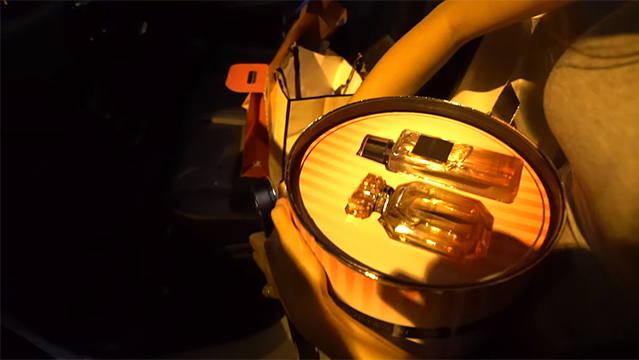 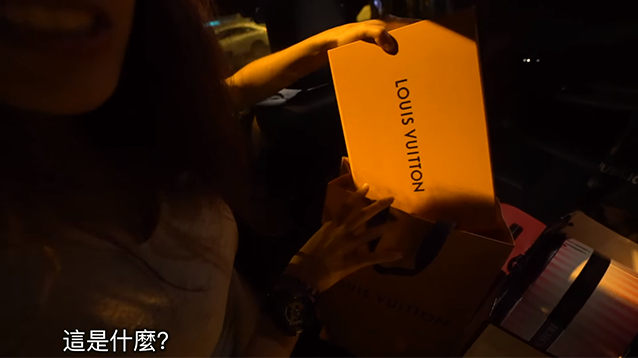 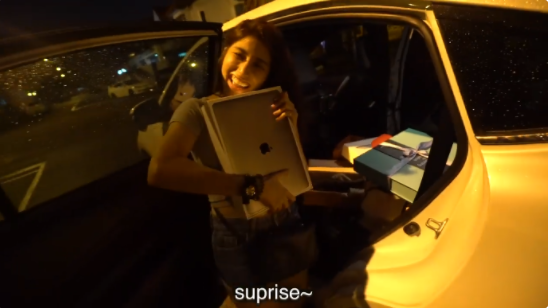 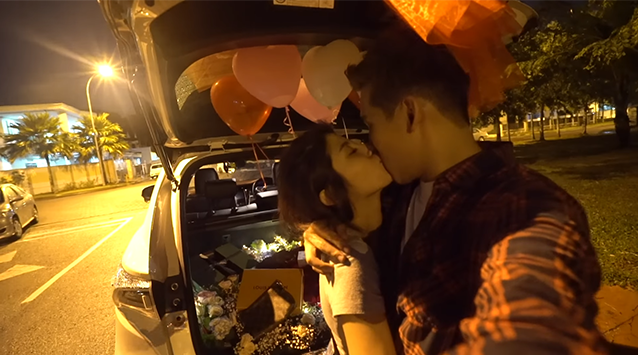 Inthira was overjoyed with all her presents and thanked Jeff for his awesome surprise. The video went viral with more than 20,000 shares in just a few days. While most of them said Jeff planned a really great surprise, there were some netizens who said that only rich people could pull off such a surprise and deemed it impractical.

Well, everyone has their own way of celebrating Valentine’s Day! As long as you show your love and effort in your own way, your significant other will be happy! 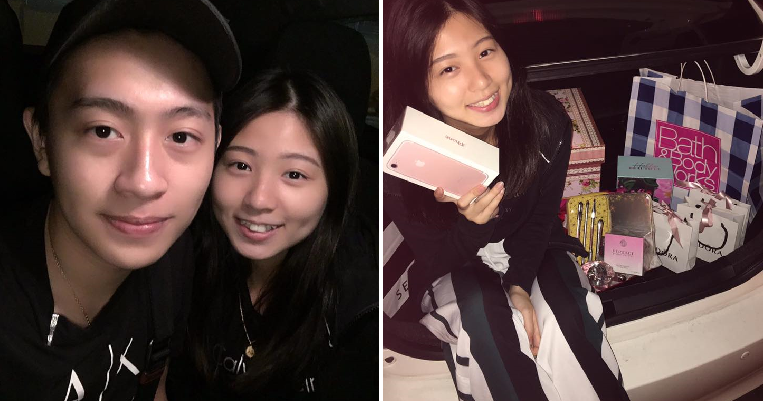