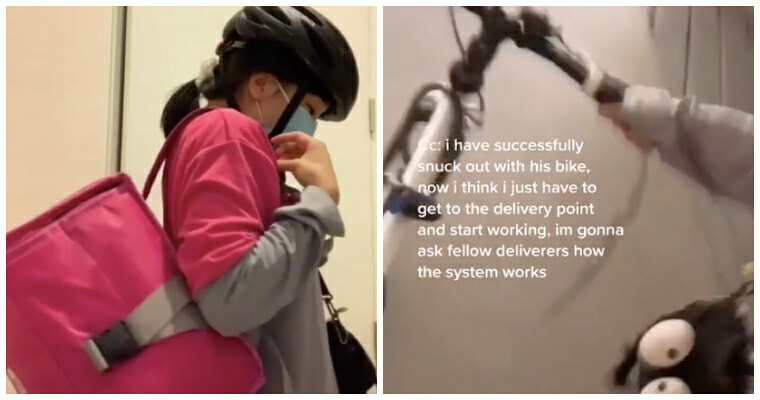 With the ongoing pandemic and the newly implemented MCO, a lot of people have taken on delivery services as a side income such as Foodpanda or Grab riders. Being a rider is not easy as it comes with many risks like riding in different kinds of weather which makes a rider more prone to accidents.

One Malaysian TikToker, Hsiang Yee, decided to help her boyfriend, who is a Foodpanda rider, while he recovered from an injury. She sneakily tried to put on her boyfriend’s work outfit and took his bicycle in attempts to cover his afternoon shift.

Hsiang Yee made a video on TikTok capturing the moment:

i will try again

In the video, you can see her putting on an oversized Foodpanda uniform after she turned off her boyfriend’s phone alarm. After that she snuck out with his phone and bicycle in attempts to help him with his deliveries.

Fellow users commented on her adorable video with some expressing support for the couple and concern for her safety:

However, as one of the comments indicated, you cannot help someone with their Foodpanda shift under a different name. Hsiang Yee was not aware of this but fortunately, her boyfriend woke up in time to stop her before his shift started.

AWWW SO CUTE RIGHT?  Hmm, maybe true love does exists. Check them out on TikTok @hellohsiang for more adorable videos of them!

Also read: “Everyone can work!” M’sians Amazed With Elderly Woman Who Works for Foodpanda 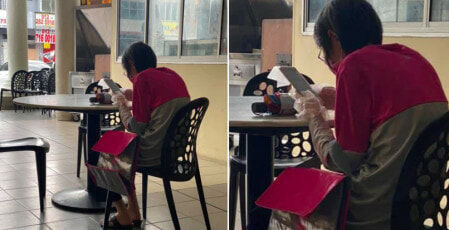