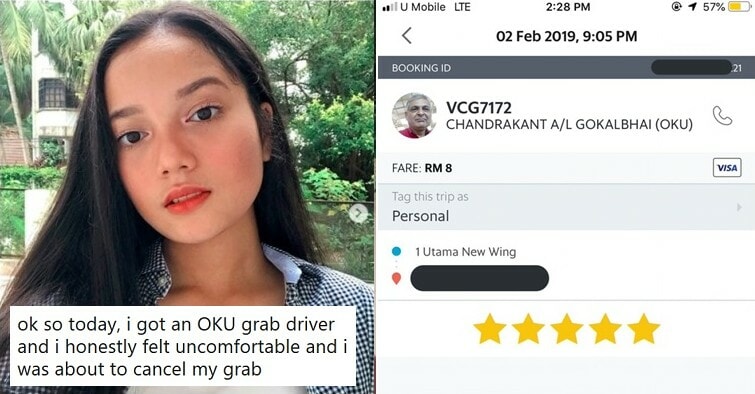 Grab has become a staple for a lot of us. No car? Don’t want to go through the hassle of parking? Or maybe it’s going to be a big night out? All of this is easily fixed with a few clicks on Grab.

Recently, a lady known as Leona was booking her Grab home. She shared her experience on Twitter about how she almost cancelled her ride but thankfully she did not!

She explained how she had gotten an OKU Grab driver and the main thing she wanted to clarify here is that she initially wanted to cancel the ride because he had a terrible rating – not solely because he was an OKU. 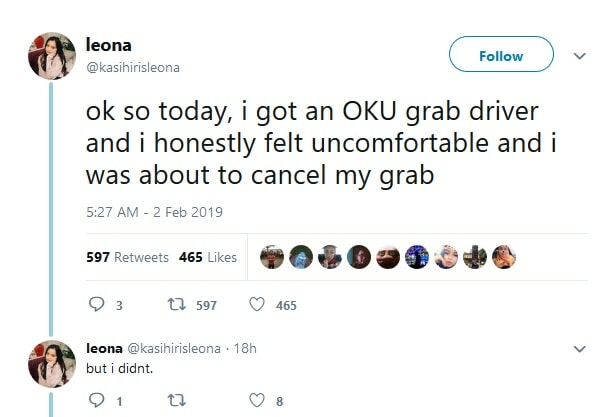 She also mentioned how she later found out that the driver was actually a really nice man and DID NOT deserve those low rating – even more so as an OKU. Leona learnt that it was actually the Grab driver’s first day at work but he already got cheated twice! What kinda world are we living in?!

Leona understandably got furious at the fact that there were actual people out there who are heartless enough to cheat an OKU eventhough it was just his FIRST day at work. 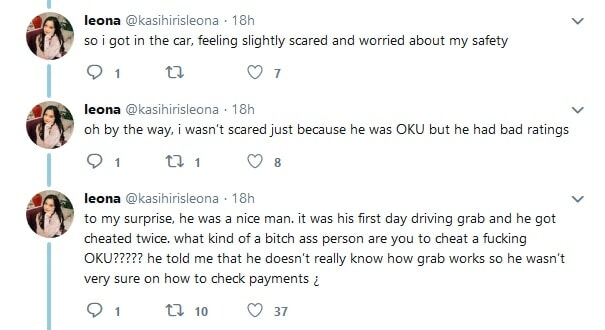 What’s even more heartbreaking is that this man has a heart of gold and didn’t mind that he got cheated. He considered it as “charity” to the two people who took his money. Leona’s tweet quickly garnered attention and outrage on behalf of the OKU Grab driver. Everyone poured in their sentiments and felt for the poor guy. 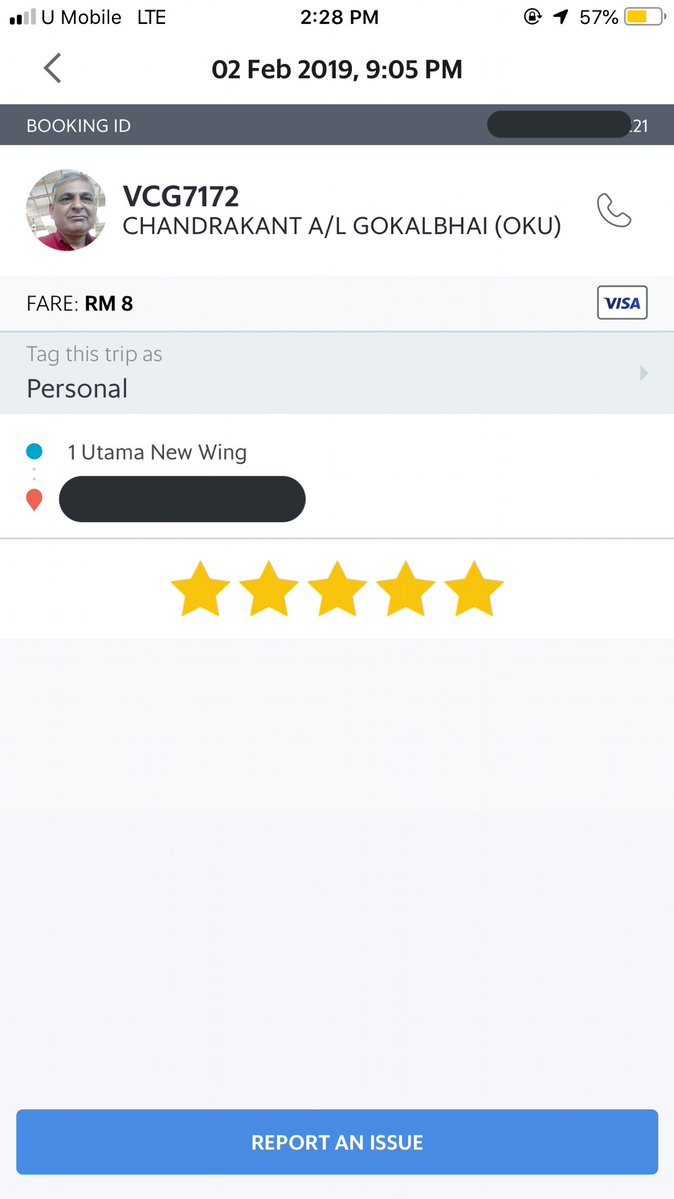 Leona ends her post telling everybody to be a little more open minded as you could learn a lot from someone just by talking to them. Also, she told everyone to be thankful about their own lives, especially how we are actually a lot more fortunate than many others.

Do you share the same sentiments as her? Share your own touching Grab story with us if you have any! 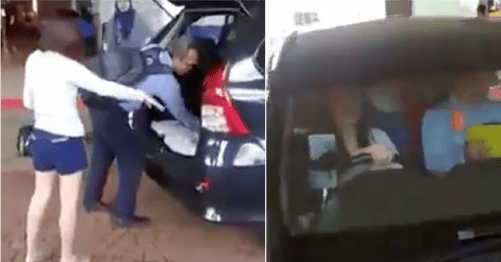