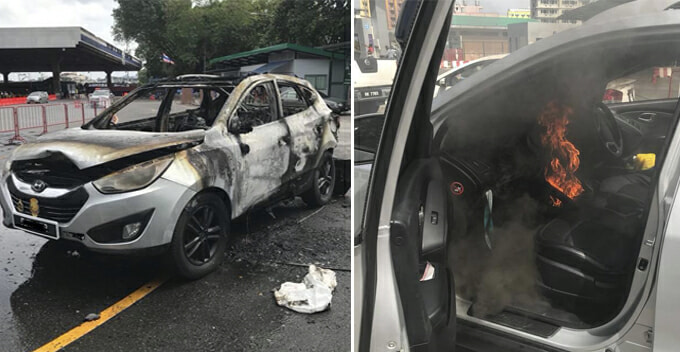 Two days ago, a netizen named Raymond shared his near-death experience on Facebook when his Hyundai Tucson IX35 suddenly burst into flames. The incident happened at the Thailand border on 17 December.

It was understood that right before the incident happened, they had parked their car at a corner and proceeded to declare their vehicle before having their passports stamped. 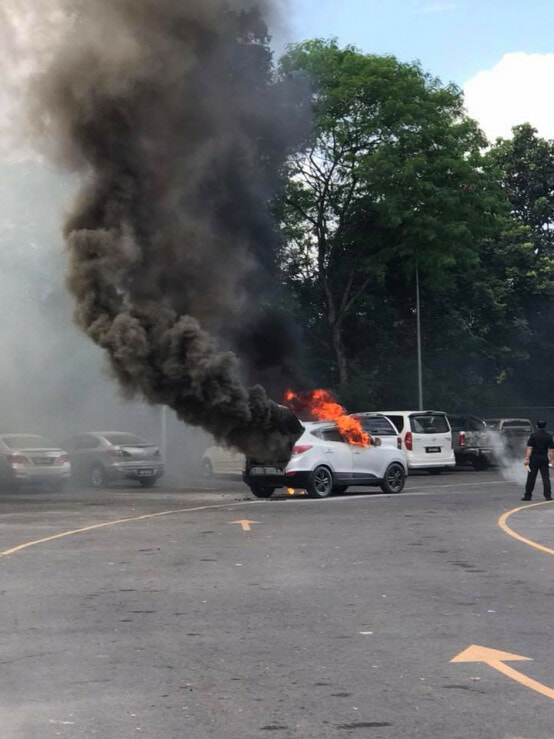 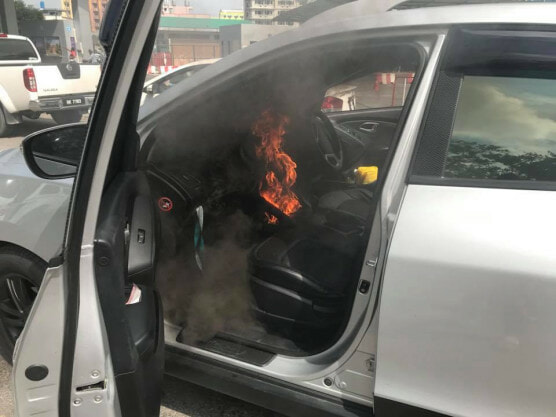 “When we went back to the car to queue for the checkpoint, my wife alerted me that she smelt something burning from the air conditioner.”

“The next thing I knew, smoke began coming out from the air conditioner controller and also the 12-volt socket where the cigarette lighter is,” he said.

It was absolutely mind-boggling for them because they weren’t using the socket for anything at all. He then quickly switched off the engine and asked for help.

Since they didn’t have a fire extinguisher on-board, there was very little they could do to put out the fire. So while the wife was retrieving all the important items from the car, Raymond directed the traffic away from the burning vehicle.

“In five minutes, 80 per cent of my car was already burnt . There were some kind Samaritans who tried to extinguish the fire using their fire extinguishers but to no avail.”

“Thank God the car wasn’t moving at that time, otherwise both our lives would’ve been gone,” he added. 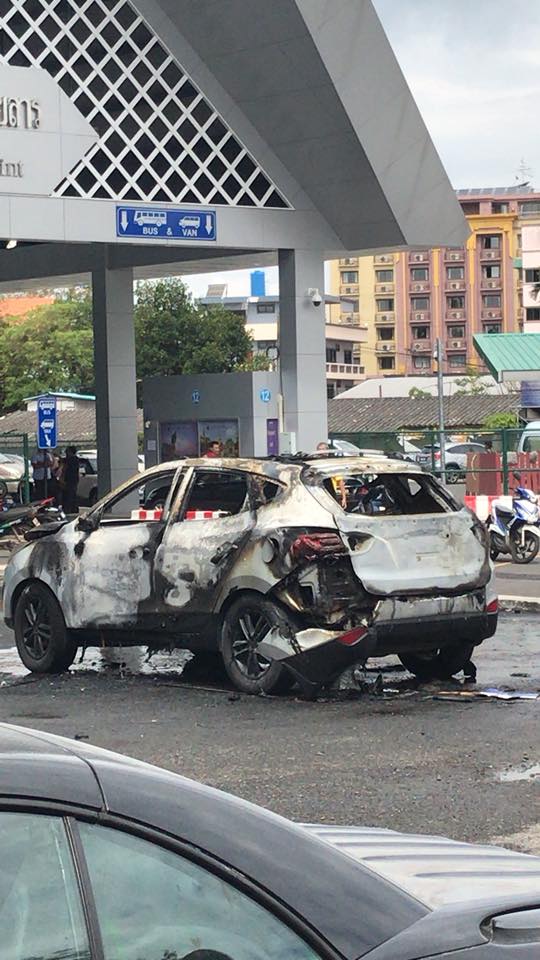 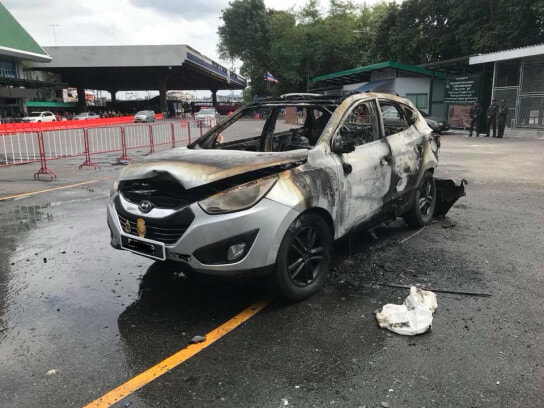 He has also asked for an explanation from Hyundai Malaysia on this shocking incident as well as for compensation. It was understood that the car was never modified prior and that it was running in good condition.

Through his post, Raymond also urged netizens to perform thorough checks on their vehicles to avoid facing the same fate.

Well, we’re glad the duo made it out without sustaining any injury. Too bad their car has been completely destroyed. 🙁 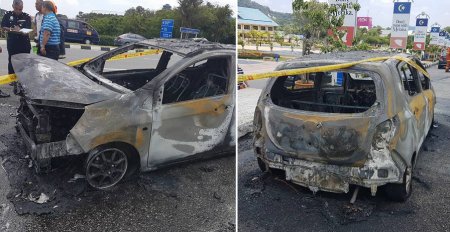