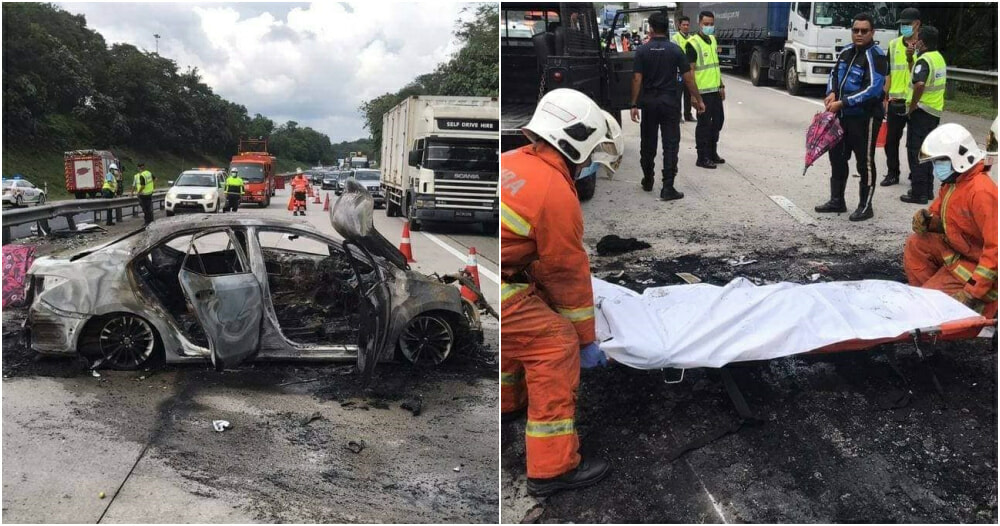 A married couple sadly passed away after their scooter got involved in a major accident with another car at Kilometer 363.9 of the North-South Highway heading south, today (14 December).

The two vehicles then caught on fire after colliding. 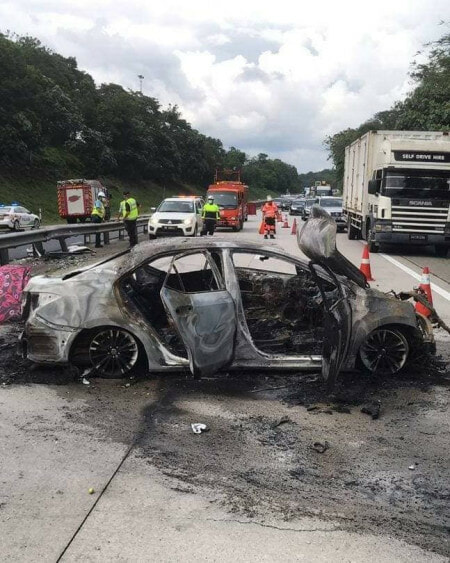 In the incident that roughly happened at 12.50 pm today (14 December), the victim, who was identified as Mohamad Nazrul, 41, died at the location while his wife, Norwahidah, 34, died on her way to the Slim River Hospital (HSR).

He said the initial police investigation found that a 40-year-old man driving from the north towards Johor lost control of his vehicle and skidded into the right lane and hit the divider in the middle of the road.

“As a result, the car was in the middle of the road. Suddenly, a married couple on the scooter approached but they did not have time to dodge the vehicle. They hit the back door on the left side of the vehicle,” he explained.

“The incident caused the car and scooter to catch fire. The rider died at the scene while the pillion rider died while on her way to the hospital,” he added on. 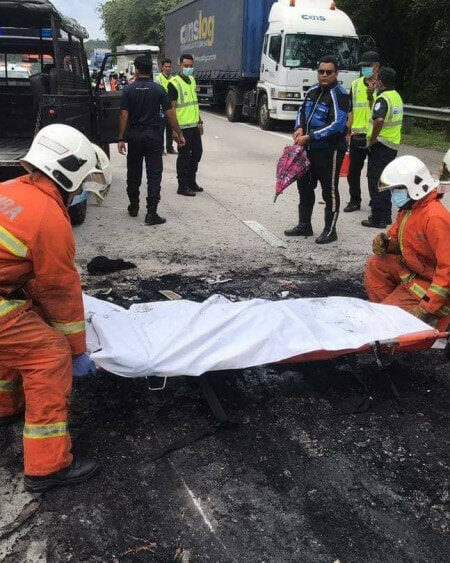 According to him, the driver of the car was not injured and the bodies of the two victims were sent to HSR for further inspection. The case is currently being investigated according to Section 41 (1) of the Road Transport Act (APJ) 1987.

Meanwhile, a spokesman for the Perak Fire and Rescue Department (JBPM) said they received information regarding the incident at 12.53 pm. He said a team of officers and members from the Slim River Fire and Rescue Station (BBP) rushed to the scene.

“The male victim was pronounced dead at the location, while the woman was seriously injured and sent to Slim River Hospital for treatment. The other driver was not injured,” he said. 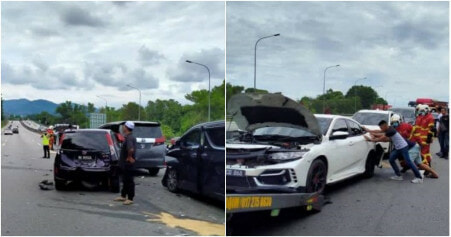