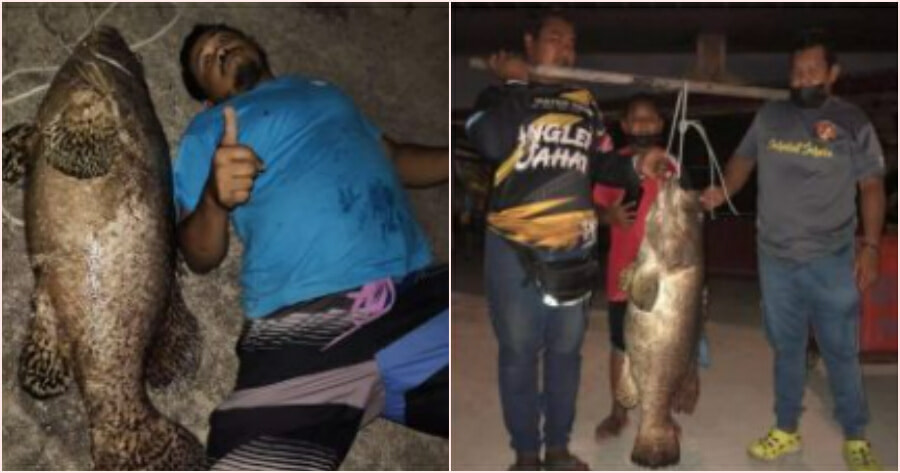 Certain types of fish can be very expensive especially if it is high in demand for restaurant owners as well as collectors, but for some it is definitely worth it.

Recently, it was reported that a man from Penang managed to land a 27.5kg grouper, which earned him RM1,237 after he sold it to a fishmonger.

It took just 5 minutes of waiting before something very heavy caught onto Mohd Abidin Abd Rani’s fishing rod. He was fishing on one of the piers below Penang Bridge on Wednesday (2 February) night when he managed to catch the grouper.

However, it was not all down to luck for Mohd Abidin, as he was prepared to land a whopper. 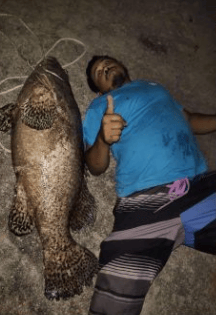 “My main line was a 300lb braided line. My leader was steel wire,” said the car mechanic.

Meanwhile, for bait, he used a live tamban (white sardine), hooked up to his rod from below Penang Bridge, and waited only 5 minutes for the grouper to bite.

For the first 15 minutes after the fish took the bait, Mohd Abidin said he felt like he was “playing tug of war with a cow as a big grouper will first try to rush into rocks or other underground formations when hooked.”

“It is really important to stop the fish right from the beginning or the line will snap when it gets snagged on something underwater.”

After that part is settled, he could then control the fish easily, however, he encountered another problem. 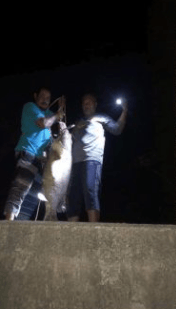 “It was low tide and the water was far below the pier. We scooped the fish with a landing net but it was too heavy to lift up,” he stated.

“In the end, I called a boatman who came over and landed the fish on his boat.”

It was almost midnight when the fish was finally secured with the help of 4 of his friends. He had no problems getting hold of a fishmonger who offered to buy it at RM45 per kg.

Mohd Abidin credited his largest ever catch to the counsel of Anuar Ismail, who was so experienced fishing under Penang Bridge that they call him “Tok Guru Jambatan” (master of the bridge). 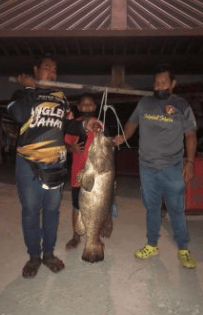 But this was not the biggest ever grouper that was caught in the area. Back in July 2018, a fisherman brought a 200kg grouper to Cecil Street market and sold it for RM10,865.50! 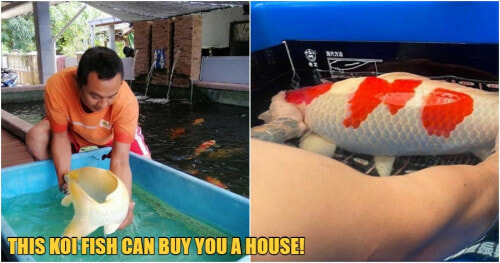