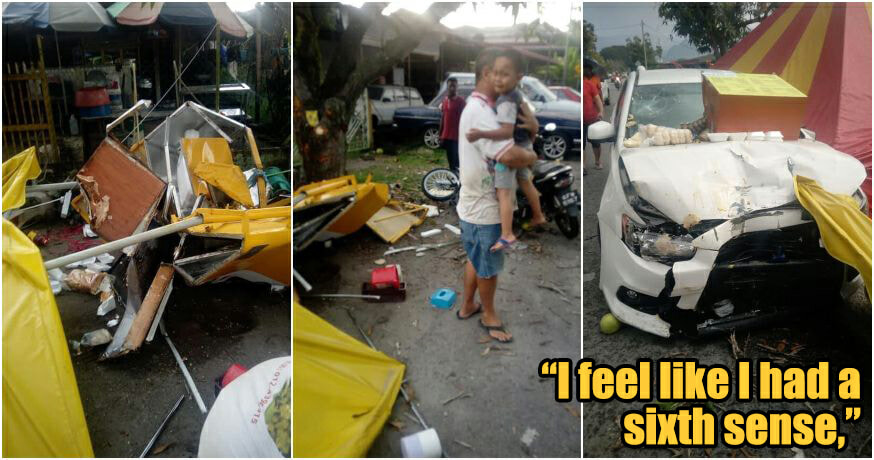 “It hasn’t been a month since I opened the stall,” said Mohd Hazwan Ghazali, 30, who had his burger stall knocked down by a drunk driver in Bercham, Ipoh. 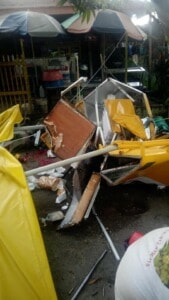 Mohd Hazwan shared through his Facebook that he first noticed a car speeding up at the nearby junction, and rammed the tent of a pomelo stall next to the burger stall before smashing the burger stall to pieces.

Mohd Hazwan was lucky to have avoided the collision when he called for his son and moved away, leaving inches between him and the car. He said, “I pulled my son, and when I saw the car speeding up and almost drive on the other side of the road, I moved back with my son, almost tripping into a drain behind me. Luckily everyone is safe,” 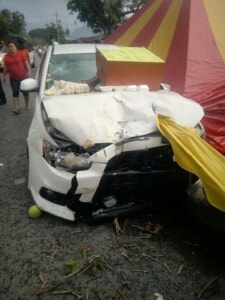 “I’m grateful as I feel like I had a sixth-sense before it happened, like God was giving me a warning. I couldn’t imagine if I were to let my son continue playing by the stall when the car hit,”

Mohd Hazwan said the people nearby observed that the driver’s breath reeked of alcohol, assuming he was drunk. The driver was said to be 31-years-old admitted his wrongdoings, promising to pay for the burger stall and Mohd Hazwan’s motorcycle which was also affected by the collision. 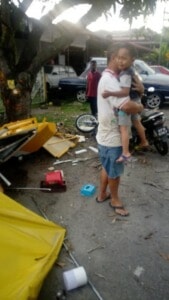 “I think this is an incident that forced me to stop bringing my son with me to the burger stall,” added Mohd Hazwan. He didn’t make a police report as his son was completely safe and wished for the government to improve the law against drunk-driving in Malaysia. 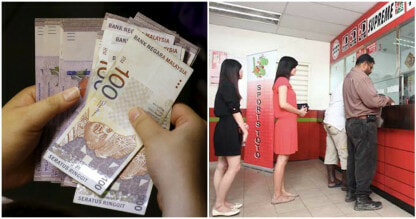