He almost gave up and thought about hiring others, but thanks to the support of family and friends, Fadzlan Rizan Johani, 40, was finally able to finish his biggest mural painting. The mural on the building near the Vivo Residential Suites in Jalan Klang Lama, Kuala Lumpur, is 1,950 square meters and is the largest mural in Malaysia ever created by an individual painter. 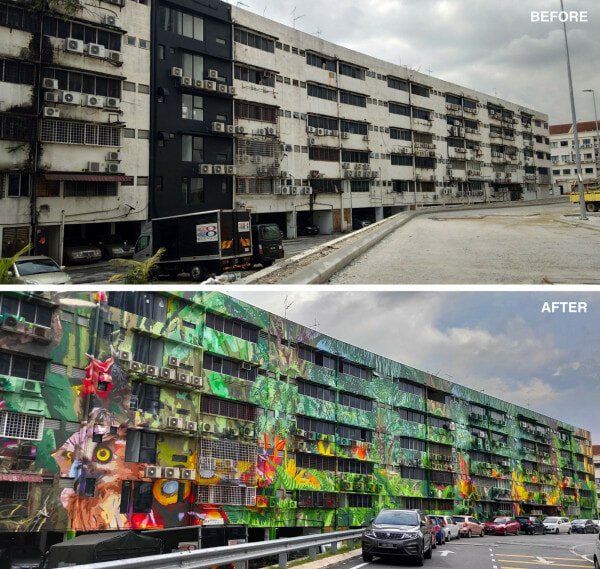 As reported by Harian Metro, Fadzlan expressed his relief and excitement with the response from the crowd who praised the results of his hard work. He said,

“It took me about ten months to complete the entire mural, which began in April 2019 and was completed in January. Thankfully, the effort that I put in has paid off and the Tree of Hope-themed mural highlighting palm trees and nature is complete.” 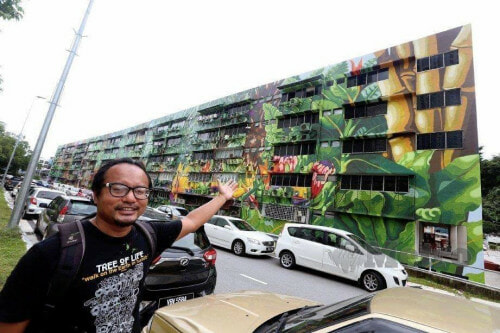 Fadzlan considers the success of the mural as a personal achievement for him and he is very thankful that during the process, he did not encounter any major problems. He also mentioned that this is a sign that local talents are able to do such tasks as well.

Kudos to Fadzlan from us at WOB! If you by any chance are around the area, do take loads of pictures and share them across! 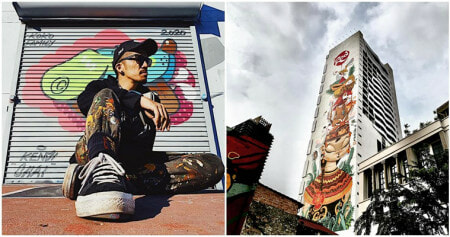