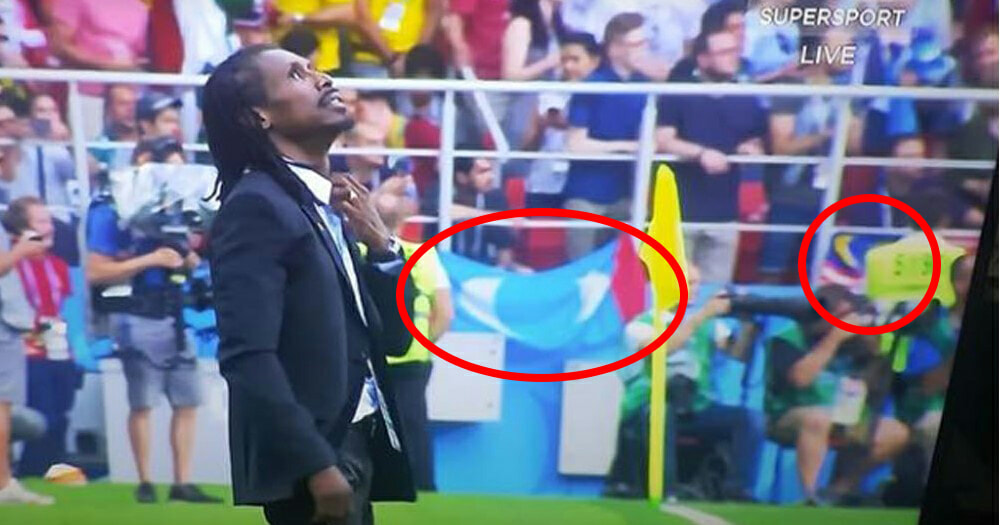 As the world is now on fire with football fever, many are tuning in day and night to catch nations compete in the FIFA World Cup 2018. Which nation are you rooting for?

However, Malaysia still remains unqualified for the momentous season that happens every four years. At number 171 in the world, Malaysia is ranked below Saint Lucia, an island spanning 617km with a population of less than 200,000. Maybe we will qualify for the next World Cup?

Qualifying for the World Cup still remains a little out of reach for Malaysia, but we can all still be assured that we are indeed being represented at the 2018 finals in Russia.

How’s that possible, you ask?

Well, according to Malaysia Kini, a photograph being circulated on social media shows Senegal’s coach, Aliou Cisse looking up to the sky for inspiration as his team played against Poland yesterday (19 June).

However, netizens are not focusing on him as a PKR flag can be seen in the background! The flag seems to be tied to a steel barrier at Moscow’s Spartak stadium, and further to the right there seems to also be a Malaysian flag. That’s awesome! Malaysia really boleh! 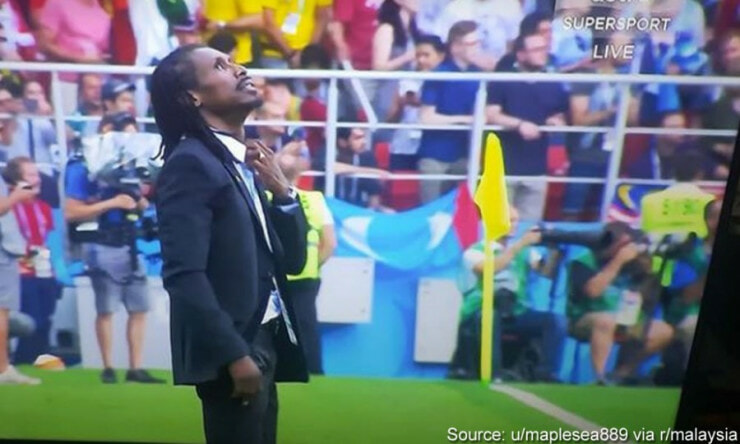 Who knows, maybe in four years’ time, the Malaysian flag will be proudly displayed for the world to see as we compete with other nations. Although our national team did not qualifiy for the World Cup this time round, Malaysia is still a winner in our hearts!

Also read: Messi Missed a Penalty Kick and The Internet’s Clapbacks are SAVAGE