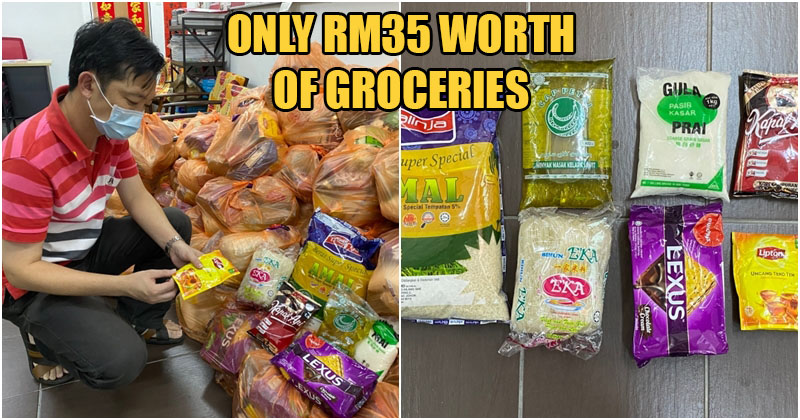 In a bid to help those who lack the necessary finances to purchase groceries and food during the Movement Control Order period, the Malaysian government has taken upon the duty to distribute food packs to those who fall under the B40 category recently.

Each was said to contain over RM100 worth of groceries that included basic essentials such as rice and cooking oil.

However, in a recent report by Sin Chew Daily, it was alleged that some of the food packs that have been received by certain regions did not actually contain the mandated RM100-worth of groceries.

In fact, they didn’t even contain half that amount. According to Rasah MP Cha Kee Chin, he had helped apply for food aid on behalf of his constituents as part of The Ministry of Women, Family and Community Development’s food aid program.

However, despite having sent in an application for 950 food packs that were supposed to have arrived on 8th April 2020, the local welfare office only received the food packs on Monday (20th April 2020). If that wasn’t already bad enough in terms of delay, Mr Cha found out that instead of the 950 packs of food he requested, he only received 150.

And this is after the Ministry told him that his region would receive 1,000 food packs, instead of 950, in an updated list.

What makes this all the more strange is the fact that when he took apart one of the food packs to inspect the items, the total retail price of all the items included in the food pack came to only RM35.

Consisting of seven items, namely 5kg rice, 1kg white sugar, 1kg cooking oil, biscuits, rice vermicelli noodles, coffee powder, and tea, the grocery items did not reach anywhere close to the RM100 these food packs were said to be worth.

While he has already been working on distributing these 150 food packs to his constituents, Mr Cha has requested that The Ministry of Women, Family and Community be transparent in their handling of the food packs.

“The ministry should investigate and explain to the public why there are discrepancies between the food distributed to the B40 group in its constituency and the guidelines distributed earlier, and the authorities should also disclose the cost of purchasing materials and the quantities that were distributed.” he said.

He says it remains unknown as to when the remainder of the food packs will arrive in his constituency.

What do you guys think of this matter? 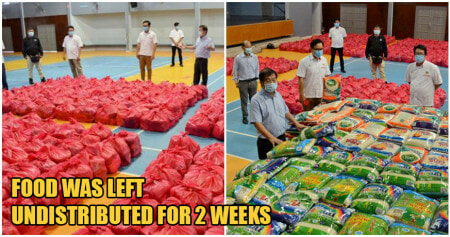