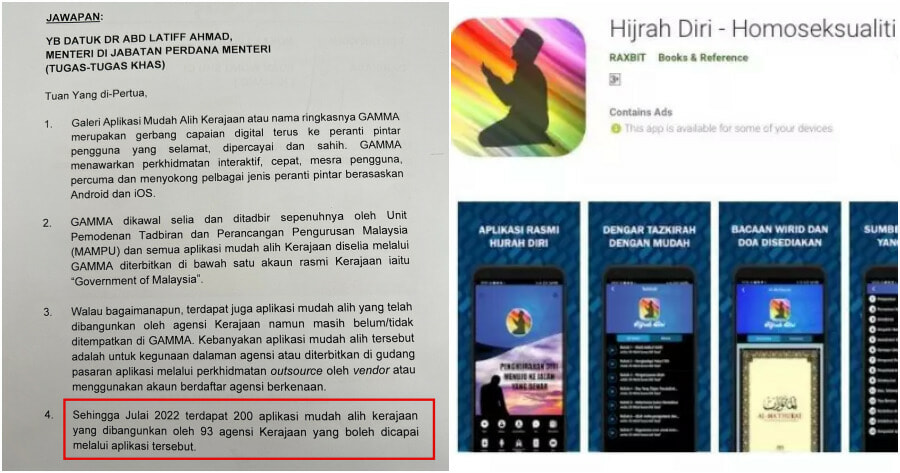 When it comes to the money the rakyat has funded the government through taxes, we deserve to know what it is being used for and whether or not the government’s spending has brought about a positive result.

It was recently revealed that a total of 93 government agencies have developed a total of 200 mobile applications for the public’s use.

In a parliamentary question addressed by Kluang MP Wong Shu Qi asking the Prime Minister to list down all of the applications that the government has developed and list them along with their agencies, Special Functions Minister Datuk Dr Abd Latiff Ahmad responded that 200 applications have been developed as of July 2022. 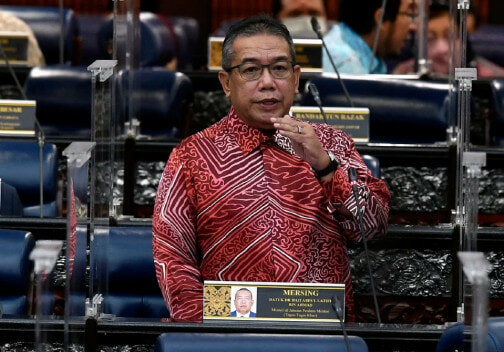 In his response, Abd Latiff said that as of July 2022, there are 200 mobile applications related to the government that were developed by 93 government agencies. 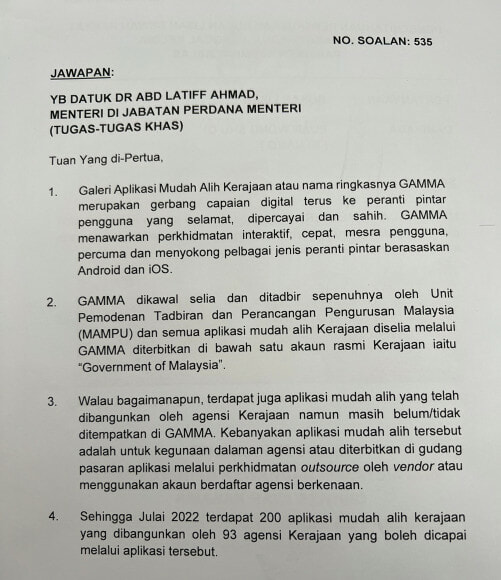 One of which is JAKIM’s ‘Hijrah Diri – Homoseksualiti’ app as an effort to save the LGBTQ among Muslims which got taken off the Google Play Store after it was found to be in breach of the platform’s guidelines.

What is the point of them?

Following the discovery, netizens are now outraged that there are that many to begin with especially since most of them are not even functioning and are pretty much useless.

“Seems like most of (these) apps were designed for some people to make a big profit,” suggested one user.

Another user highlighted the questionable quality of the apps and not to mention the various websites that have been created by the various government agencies.

Meanwhile, one user pointed out that having those 200 apps provides more ways for our private data to be hacked, leaked and scammed.

“As always, Malaysians are good at building, (but) maintenance is a totally different ball game. Some probably have none or very weak data security with no consistent upgrades, perfect for hackers,” they added.

On the other hand, some users questioned why all of the apps can’t just be collected and developed as one super app.

Although the names of the apps as well as the agencies have not been revealed, Wong said that she will be trying to follow up on this in the next sitting.

The list of apps under GAMMA can be found here.

What are your thoughts on this? Should we just have one super app instead?

WATCH: Students In Sabah Forced To Endanger Lives By Crossing River With Sampan, M’sians Are Enraged 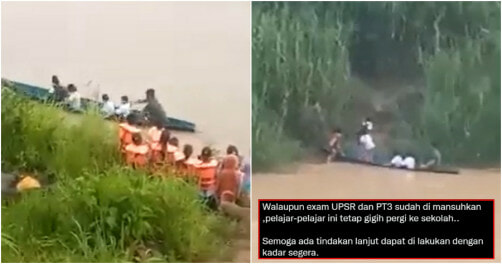