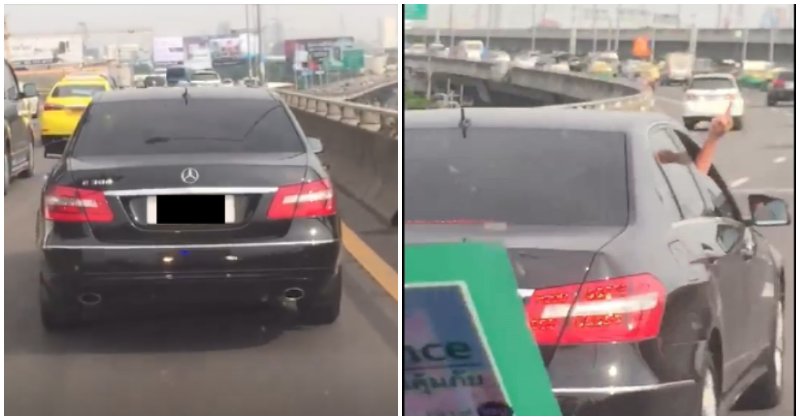 It’s no secret that giving way for ambulances on the road is the normal thing to do, considering the fact that the patient in the ambulance may be in desperate need of immediate medical attention.

But there have been cases of selfish road users who refuse to budge from their lane when an ambulance approaches from the back.

Well, another selfish Mercedes driver was spotted this time in Thailand, not only refusing to give way for an ambulance but also flipping them off as they finally managed to overtake his luxury car, as shared by Dung Kasemphong.

The ambulance can be seen in the reflection of the Mercedes’s bumper as it tailed the luxury car while honking at it to move.

Dung wrote, “This incident happened today, my brothers and sisters. Big car but no kindness. Did not even try to hide and raised a middle finger.”

Such behaviour should be punishable considering its not just common sense but also part of the law to give way for ambulances.

But this driver not only blocked the road for a considerably long time but also had the audacity to flip the middle finger at the ambulance as though they were in the wrong.

We hope that the Thai authorities take action against the driver (especially if the patient loses their life because of the driver’s selfishness) and other countries should follow suit.

Dung’s posting has since garnered over 1,100 shares.

The driver will probably only understand the urgency of an ambulance when he’s the one who needs urgent medical attention. 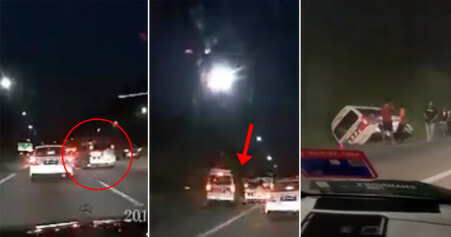