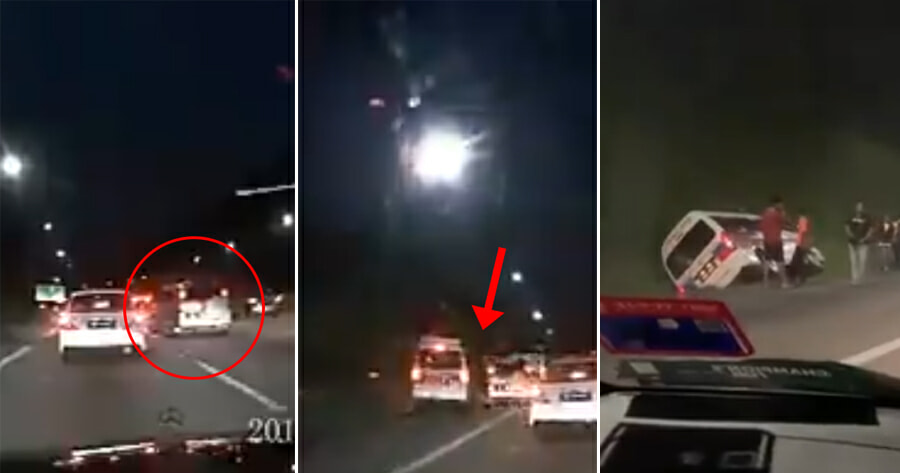 When you’re driving on most roads, I’m sure you are aware of an emergency lane on the left which is specifically paved for ambulances to pass through. However, most motorists who don’t want to wait in traffic often use this lane to overtake others even though it is illegal.

This bad habit has become such a common practice among motorists that when the emergency lane is needed for actual emergencies, ambulances carrying patients are unable to pass through smoothly, which prevents them from getting to the hospital on time.

Well, just yesterday (2nd September) at about 7pm, an ambulance using the emergency lane was knocked off the road when a selfish motorist decided to use the lane during a traffic jam. 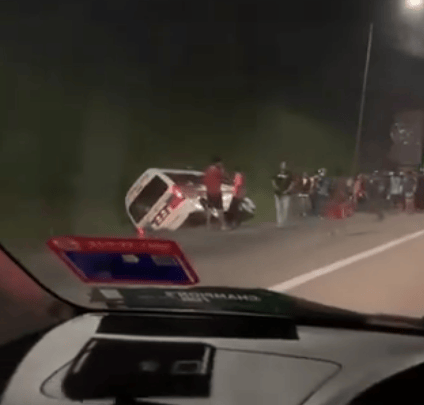 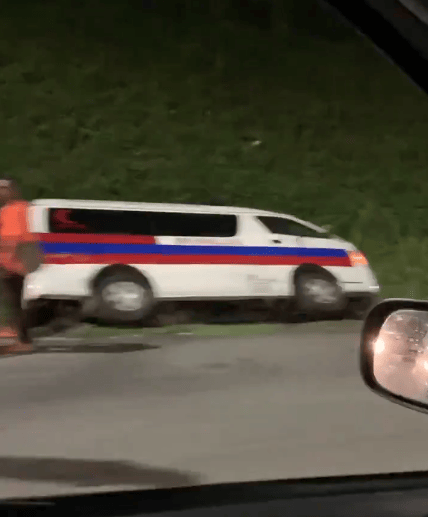 The incident which happened on Genting highway towards Plaza Tol Gombak was captured on a vehicle’s dashcam and posted on Twitter account @My_CrimeWatch.

In the video, traffic is moving slowly on all three lanes when a vehicle from the middle lane is seen cutting into the left lane and then swerving quickly into the emergency lane. At this point of time, an ambulance appears and is seen zooming through the emergency lane at high speed. 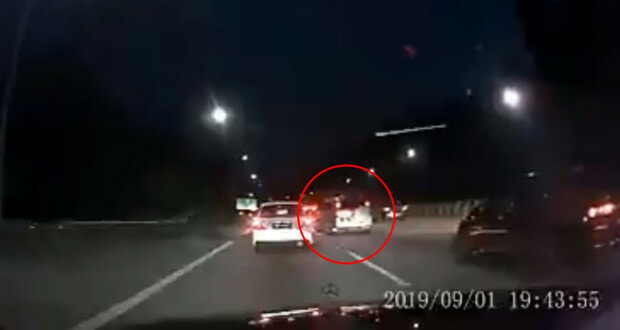 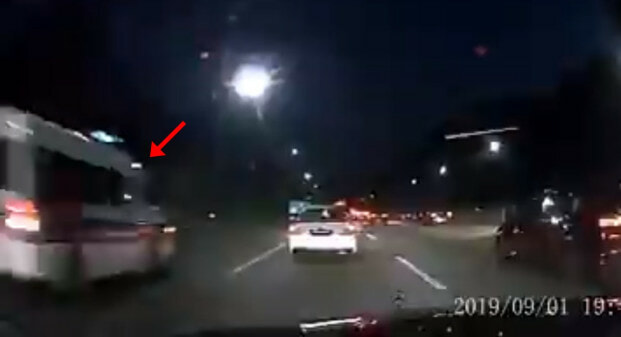 The timing was such that as the vehicle slid into the lane, the ambulance reached that same point of the road and was pushed off the road by the car and into a deep drain. The ambulance was seen trying to avoid the motorist, but everything happened so fast that there was no way the ambulance could’ve escaped. 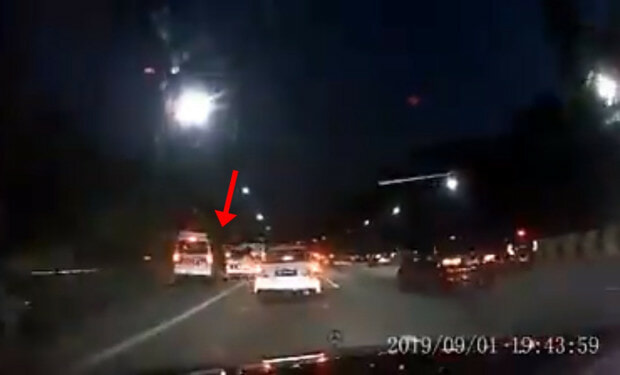 In another video, a passing motorist took a video of the ambulance toppled on its side in the drain with dozens of other motorists crowding around. 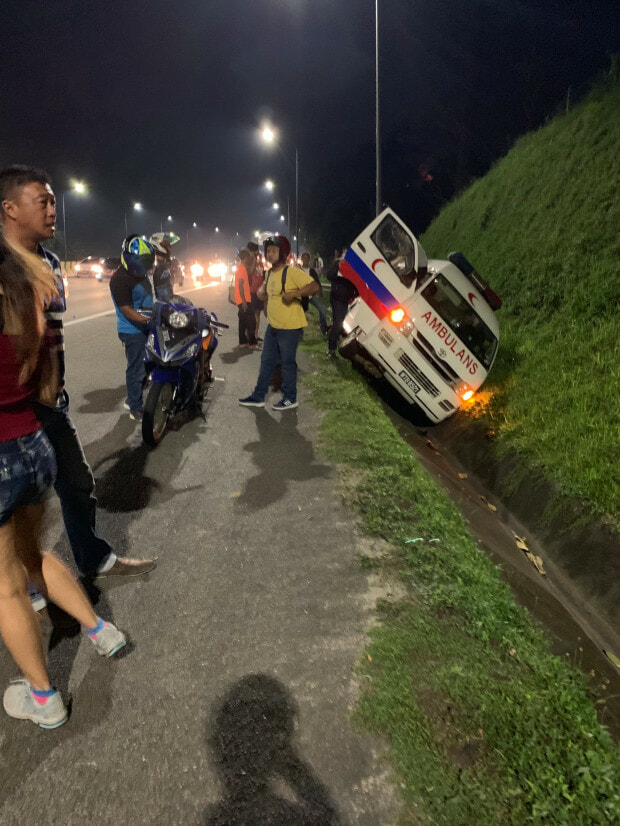 It is not known what happened after the accident, but netizens are outraged at the motorist who used the emergency lane.

Here are the videos:

It’s called an emergency lane for a reason, guys. Don’t use it just to avoid the traffic as you could be blocking vehicles that really need to pass through. 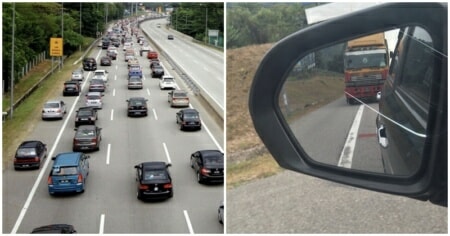