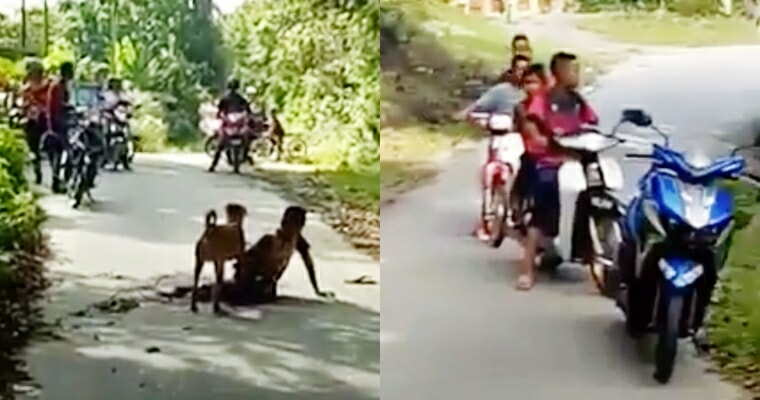 We would usually expect neighbours to be there for each other when problems arise, however, it wasn’t the case for this boy in Langkawi, Kedah.

A 12-year-old boy was attacked by a large dog on 30 October, and a glimpse of the incident was recorded and posted online. According to Sin Chew Daily, this incident occurred in a kampung in Kuah Town. In the recorded video (shared on Sin Chew Daily), a man’s voice could be heard asking for others to bring a wooden stick to chase the dog away.

It seemed like after the dog attacked and bit the boy, it stood beside the boy while he struggled to stand back up.

While he helplessly sat on the road, approximately 10 men stood by their motorcycles as they watched from a distance and they were probably afraid that the dog might attack them. Wow, imagine how helpless that boy might have felt. This video was reported to have sparked rage among netizens, condemning the men who just stood there and watched as the boy was being attacked. 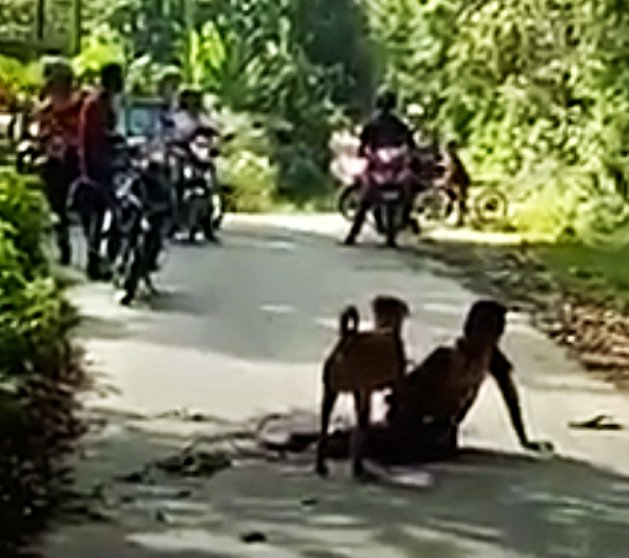 Fortunately, the boy was alright in the end although he suffered injuries. Insp Nor Azli Bin Mohd Khlapiah from Langkawi Police Department led his team to visit the victim and his family. Not only that they took their time to check out the boy’s condition after the attack, but they’ve also handed the family an amount of money to get him treated. 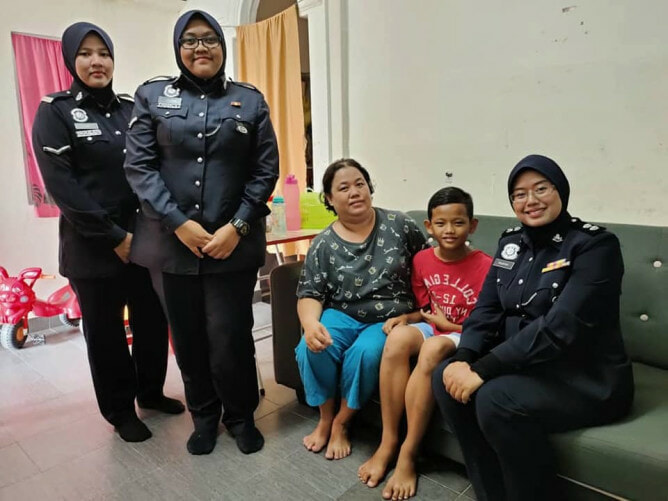 It turns out that the dog does have an owner, and it was left roaming without supervision. The police advised the residents to keep an eye on their pets to avoid attacks from happening again.

While many would express that the witnesses were heartless for not helping the boy immediately, we could not judge the situation based on the video that was only 25 seconds. We didn’t know what actually happened beyond what was shown to us in the short footage. 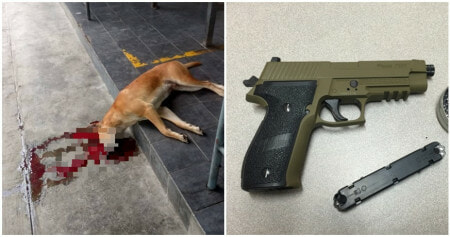