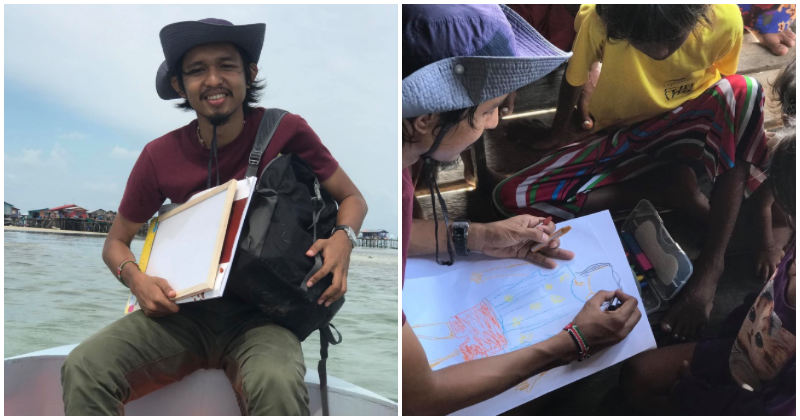 The Bajau Laut tribe of Sabah, who live on the sea, have always been a very close-knitted community who keep to themselves. The children constantly have smiles on their faces, living almost like they have no cares in the world though unfortunately, they do lack one fundamental thing.

Khairul Jamain has spent the last 4 months in Semporna, where he observed the Bajau Laut people’s way of life and culture before slowly approaching their community, who were wary of outsiders. After immersing himself in their lifestyle, he realised the missing component to the Bajau Laut kids’ lives.

Since then, he has made it his mission to travel by boat to their villages 2 to 3 times a week, on his own expense, to teach the children. Khairul shared his experience in a now viral Facebook posting.

Khairul started off by explaining in the caption that, “Pencil and paper had scared the Bajau Laut people.” 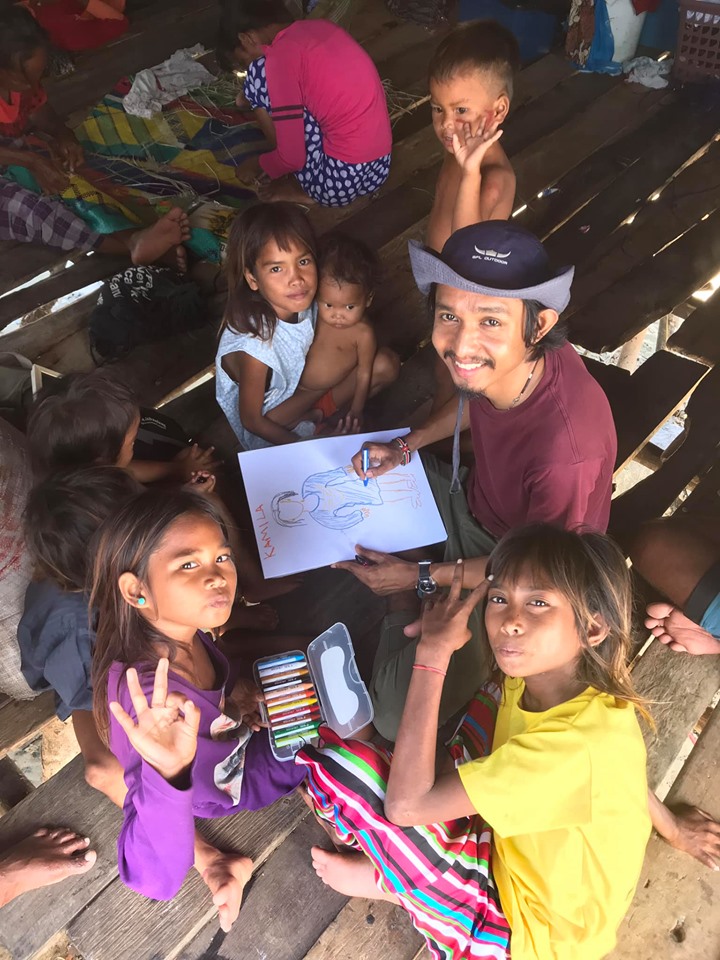 He constantly brought along papers, crayons, chalk and other tools necessary for him to teach them how to draw, paint, sing, tell stories and abstract concepts like morality, but what surprised him the most was the fact that these kids had never even set eyes on a pencil before.

“I remember when I first gave them papers and pencils, they did not want to touch it because they were scared and didn’t know how to use them.” 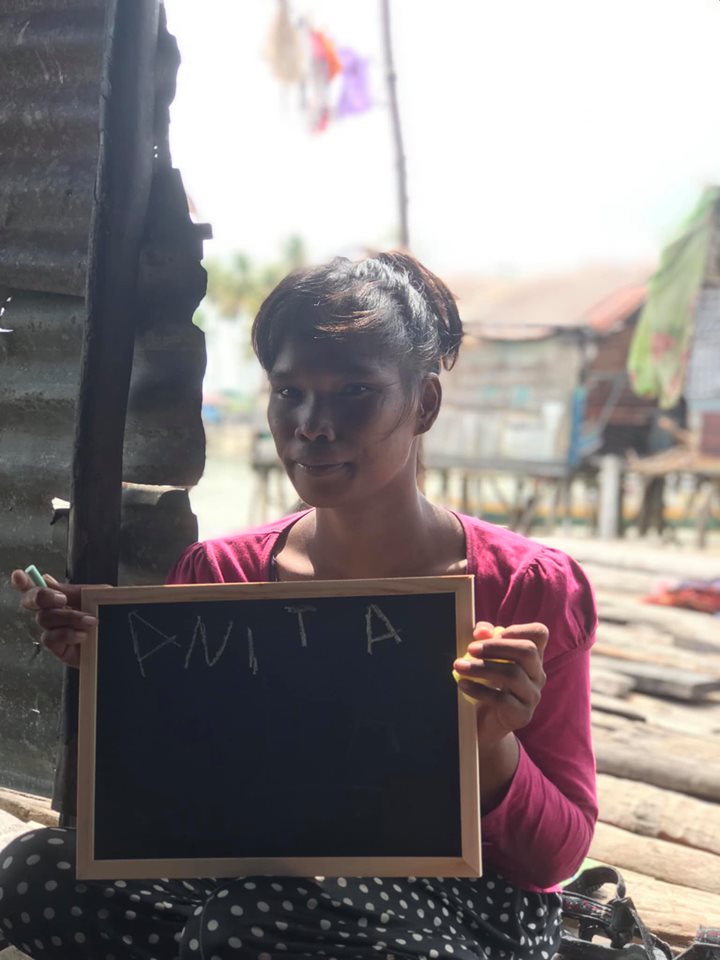 “That is why I’m willing to use my own money to visit them 2 to 3 times a week just to teach them, because I believe they have hope. I had to spend RM400 a month for a small boat to and fro their village. The journey takes between 30 to 50 minutes depending on the sea and the waves.”

Khairul hopes that one day, these Bajau Laut kids can have a school of their own.

“My dream is just a small one, I want them to have their own school, capable of educating the Bajau Laut children here. If the Bajau Laut people of Indonesia are defended, given education and equal right, why can’t Malaysia?” 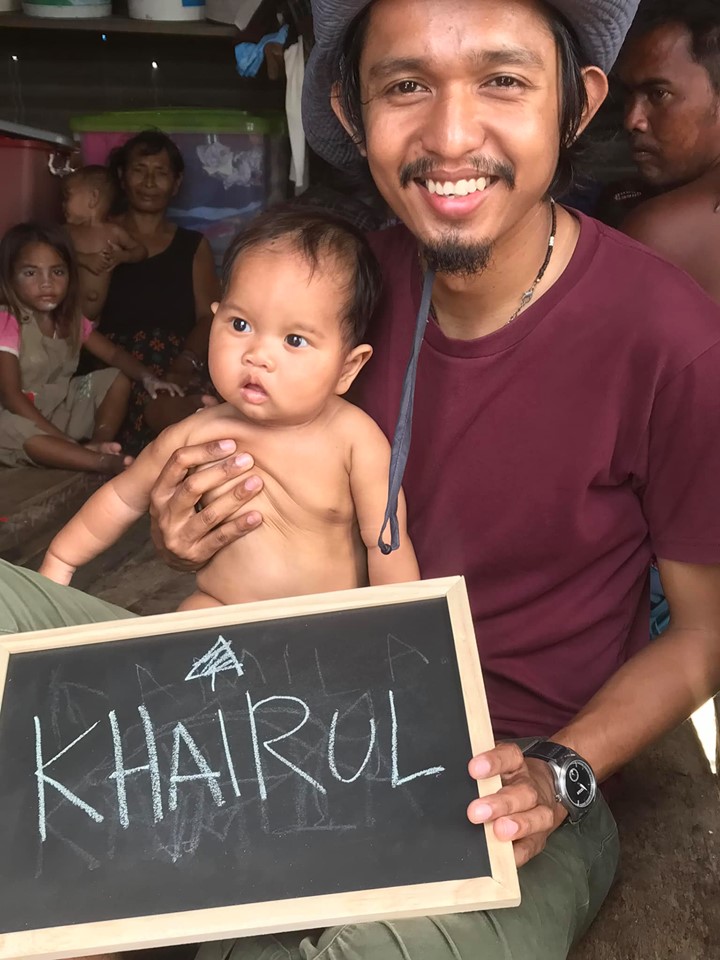 The Bajau Laut people have not only accepted Khairul as part of their community, but one of them even named their child after him, for all the effort he has made on their behalf.

Khairul’s posting has since garnered over 730 shares.

Khairul, you truly are the salt of the earth. Let’s hope that Khairul’s dream comes true, so that these kids can get the education they’ve been denied. 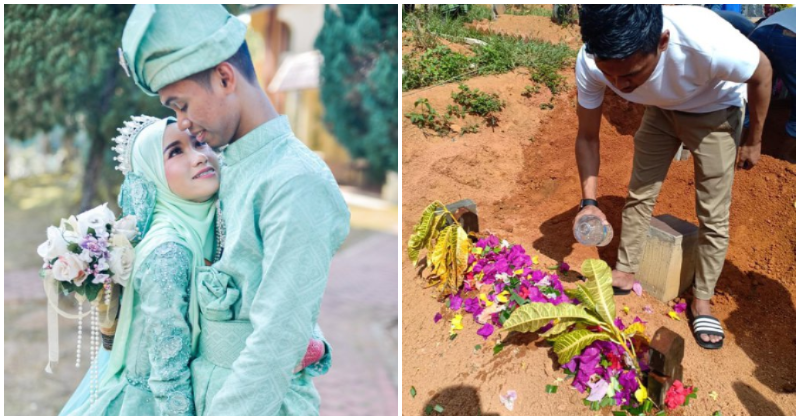