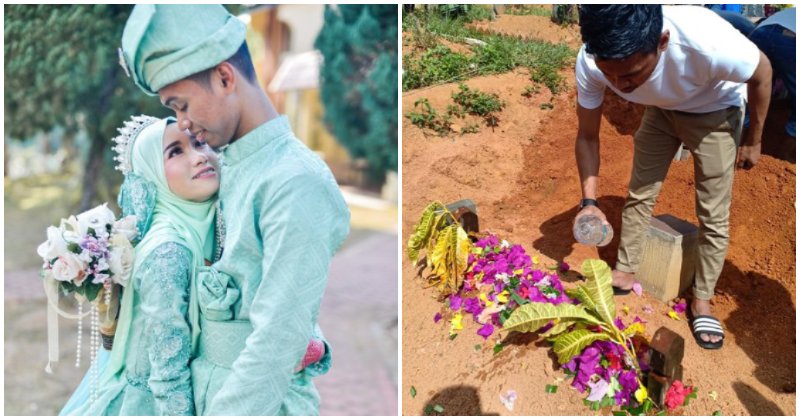 Not all of us are lucky enough to have met the love of our lives, our soulmates. It’s a rare occasion to be cherished. But imagine losing your soulmate forever when they’re forced to leave this world.

Disclaimer: You’re going to need tissues for this.

Syahrain, from Kuantan, met his soulmate when he was only 17, and he’s been madly in love with her ever since. They dated for 8 loving years before getting engaged and tying the knot early this year. Unfortunately, due to a brain tumour that had hit critical condition, she passed away 3 months into their marriage, just 4 days before they were set to fly off to the Maldives for their honeymoon.

In a now-viral Twitter post, Syahrain (@SyahrainAzri) shared pictures and memories of his beloved wife, from when they first met back in high school, to their engagement, their wedding; their first Raya together, all the way up until her funeral.

They had gotten engaged on the 21st of June 2018 after dating for 8 years!

Her parents had sped up their wedding processes due to certain time constraints, and on the 23rd of March 2019, they officially became man and wife.

This is our first raya together gather pic.twitter.com/Q1VWiJG6uK

Soon after, they celebrated their first Hari Raya as husband and wife, looking absolutely adorable together in their matching traditional outfits.

Though unfortunately, tragedy struck right before their honeymoon as her brain tumour had run its course, and Syahrain’s gorgeous wife passed away.

Syahrain explains, “Exactly 3 months into our marriage, she passed on, on the 26th of June 2019.”

Syahrain added that, “Allah had planned it well, for we were supposed to get married in June after the Raya celebrations, but He gave us the opportunity to be married and live as husband and wife even if it was just for a little while.”

I can’t even begin to imagine how Syahrain feels, to have known and felt such love only to lose her forever. Our love and prayers are with Syahrain throughout this difficult time as he mourns the loss of the love of his life.

Syahrain’s thread has since garnered over 26,900 retweets.

Soulmates are never truly part. One day, after Syahrain has lived a long and happy life, their souls will meet again. 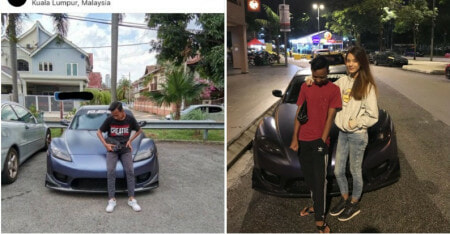