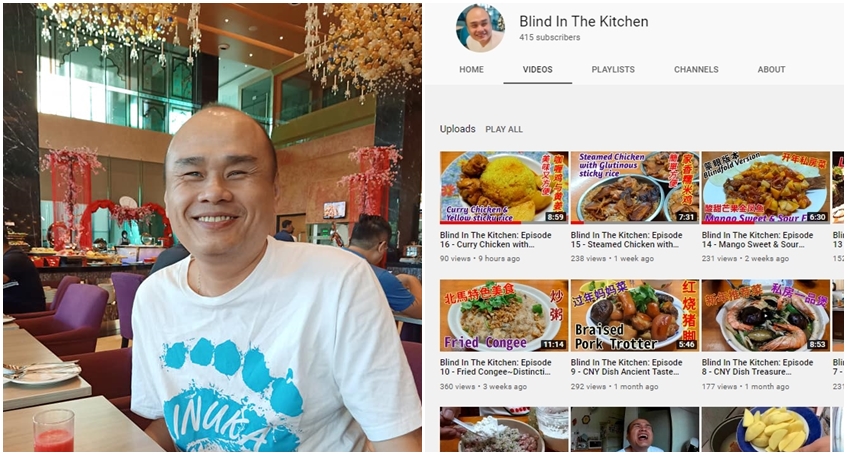 Source: Mr Low's Facebook and Blind In The Kitchen
ShareTweet

44-year-old Penangite Mr Low isn’t your typical cooking YouTuber. He chops away at onions and cucumbers, and deep-fries fish just like any regular person would, but he does so without the aid of his sight.

Once I finally managed to get through to Mr Low after several failed video call attempts through WhatsApp and many tumbling apologies from my end, Mr Low greeted me with a cheerful smile and bright laughter and I knew instantly Mr Low was as good as they came. 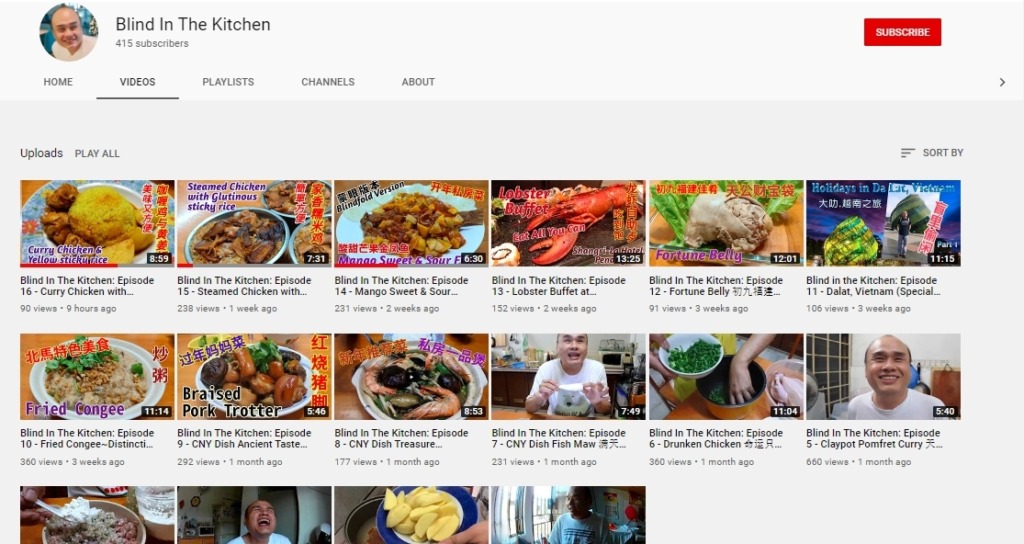 Source: blind in the kitchen

Mr Low lost his eyesight during a work accident

Mr Low may not seem like a blind person at first sight, but he actually lost his eyesight 12 years ago due to an industrial accident at an airline company. He was working with pipes when they burst, showering him in the chemicals that got into his retina.

Sharing with WORLD OF BUZZ:

“Losing my eyesight made me lose the will to live completely,” said Mr Low, his smile briefly disappearing as he looked back on his struggling times.

He hid from his family, friends, and colleagues, and he couldn’t even muster the courage to leave his home since he didn’t want strangers to stare at him.

After having had enough of Mr Low moping at home, one of his housemates encouraged him and told him to stop going on like this. This housemate also introduced him to the Penang Hokkien Podcast, which finally prompted Mr Low to leave his house to join a banquet organised by the people behind the podcast.  Mr Low laughed in admiration at his own courage as he told me, “It was a banquet with about a thousand people!”

While Mr Low felt down about himself, a friend and fellow YouTuber suggested that Mr Low start his own YouTube Channel.

“He said to me, you know how to cook right, then why not try out YouTube? Then you can teach more people to cook.”

Mr Low promised his friend in May 2016 that he would launch his channel in 6 months’ time. It was a little late, but Mr Low made good on his promise when he published his first video on 12th December 2019. 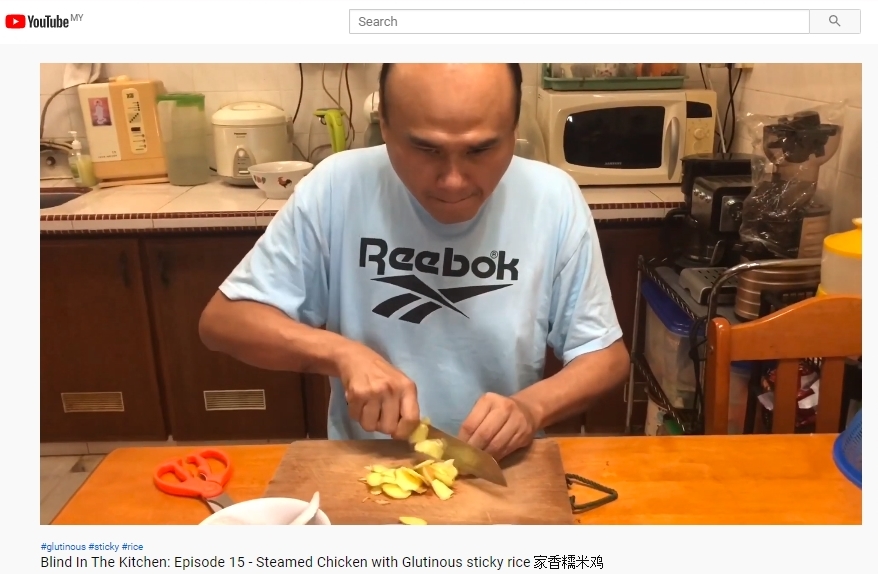 Source: blind in the kitchen

“The hardest part about being a blind chef is buying ingredients. Since I have to go to the market to buy the ingredients myself, things aren’t very accessible for me”, replied Mr Low regarding the challenges he faced as a blind chef.

“Since the accessibility is so bad, I might get hit by a car or fall into an open drain!” joked Mr Low, laughing loudly as he did.

However, that’s the only challenge he faces as a blind chef. To him, cooking while blind is no different from cooking with sight. With the aid of technology, he’s able to even edit his videos himself! The only help he receives is when his housemate helps record him cooking. 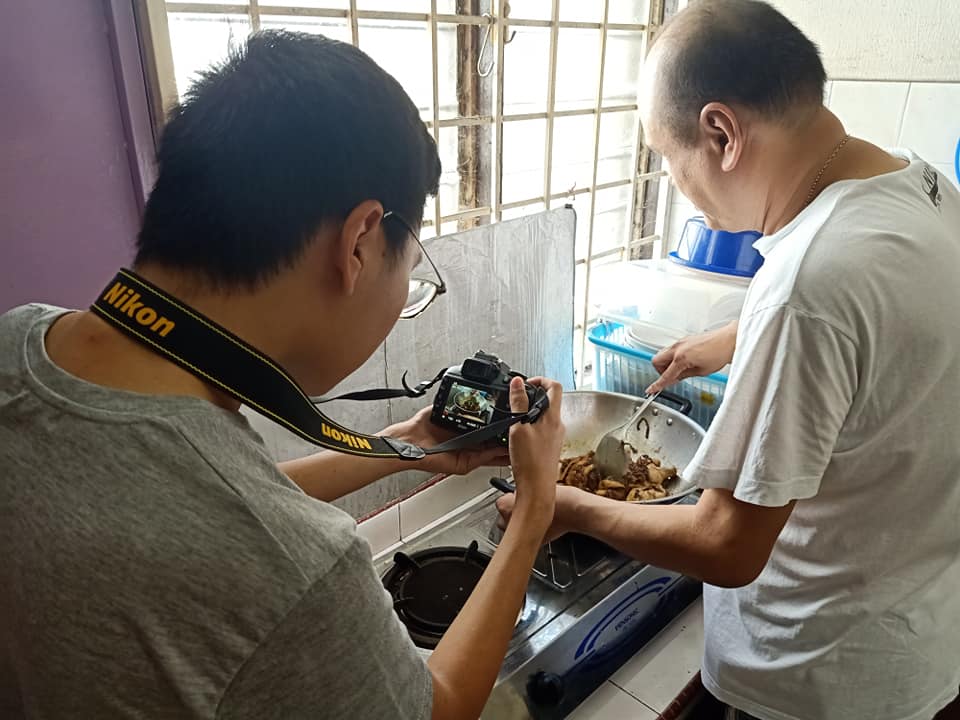 His only wish is to gain more supporters for his channel

When asked about what are his goals for his YouTube channel, Mr Low laughed as he immediately replied, “To gain more subscribers, it’s the reality!”

However, he also hopes that he’ll be able to do a video inside an aircraft. “Working with [an] aircraft is still something I want to do. Although I cannot work inside [an] aircraft anymore, I can cook instead.” 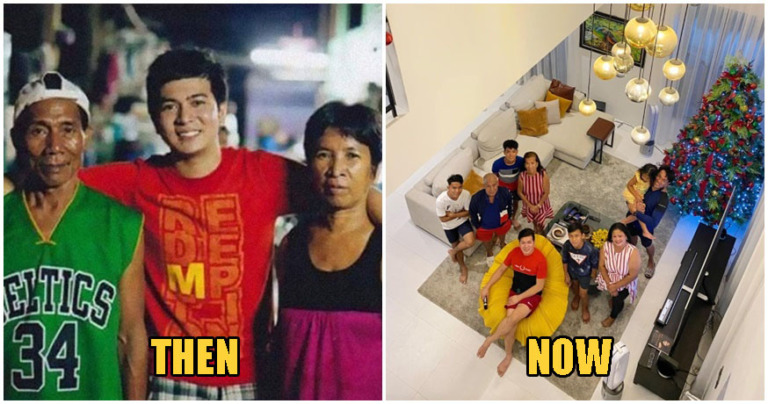