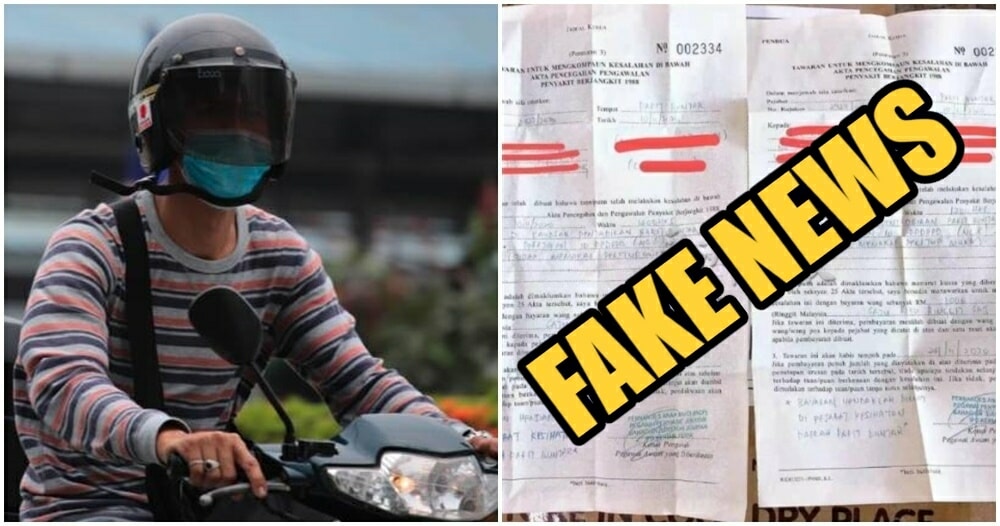 Reports of two men who claimed to be fined RM1,000 each for pulling down their masks for a drink are fake, according to a statement posted on Malaysian Communications and Multimedia Commission (MCMC) today (13 November). 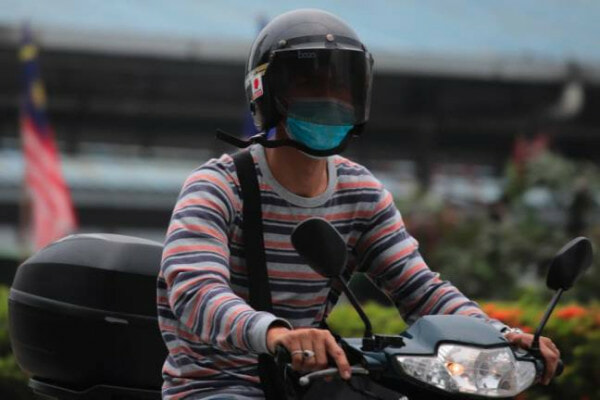 The District Police Chief of Kerian Perak denied all accusations that the two teenagers were given compound fines for pulling their masks down to drink in Taman Wawasan, Parit Buntar after the incident went viral two days ago.

The Police Chief clarified that “the teenagers were fined not just because they weren’t wearing face masks but also because they failed to practice physical distancing of at least one meter when patrolling officers were observing them for 10 minutes during the operation to reprimand SOP violators in Parit Buntar.”

Previously, the viral post claimed that two individuals had ridden their motorcycles to send some of their friends to a shopping mall and were waiting by the road opposite the mall. 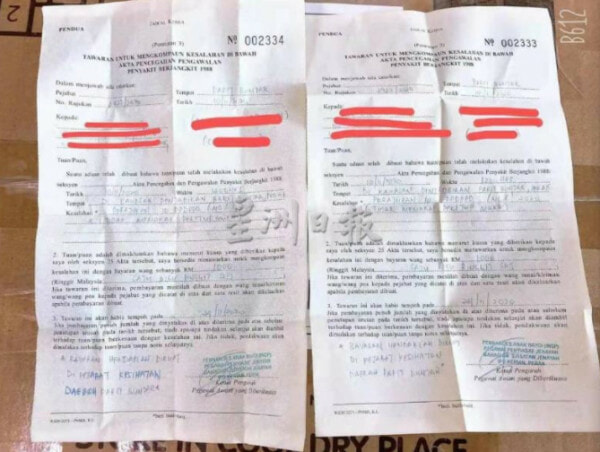 While they were waiting, they bought two cups of beverages and pulled their masks to their chins. As they were placing their cups into the motorcycle basket, they did not pull up their masks in time before plainclothes officers approached them and accused them of violating SOPs before bringing them to the Kerian police station and issuing RM1,000 fines for each of them.

Also read: Man Who Got ‘Saman’ For Allegedly Using Phone While Driving Shares His Side Of The Story 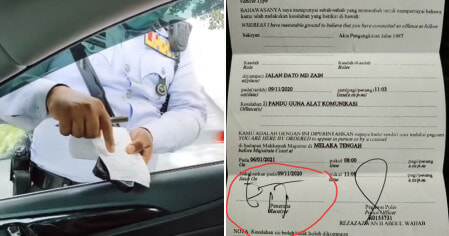