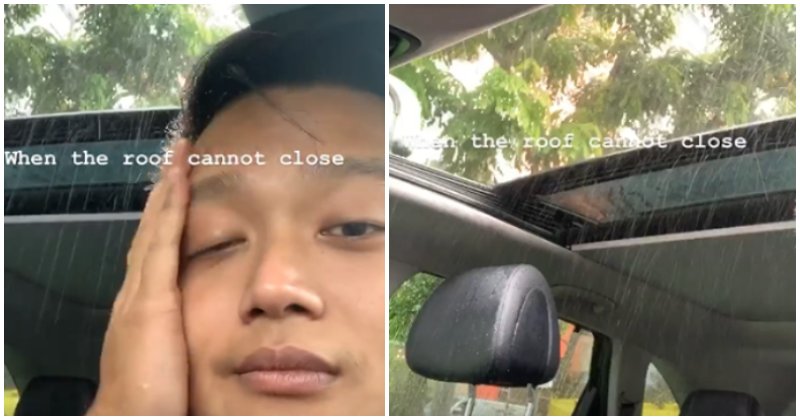 Southeast Asia is known for our heavy rainfall, which is why often times we see motorists on the road stopped under flyovers to wait out the rain.

Those who have a car obviously are luckier in these situations as they can get to where they need to go with a roof above their heads to shelter them from the rain. But what happens when the roof… fails you?

Netizen Edmund Ho took to his Facebook page to showcase a video shared to him by a Singaporean man named Shown Luo. Apparently, Shown’s car’s sunroof was spoilt and stuck in the open position when it started to rain, which unfortunately caused water to pour into the car as he sat inside, unable to do anything.

Edmund wrote, “Having a car with a sunroof is cool, they said.”

Though what’s more hilarious is the fact that netizens have taken to the comments section to question why he didn’t have a contingency plan for when it started raining.

Some netizens even included photographic examples to their contingency plan suggestions. 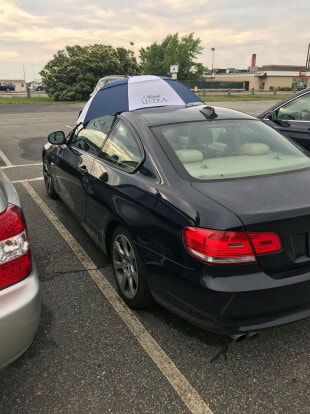 Well, we hope the man either takes one of the umbrella suggestions or fixes his sunroof before the electronics in his car get damaged due to them getting wet.

Edmund’s posting has since garnered over 864 shares.

I don’t suppose he leaves his car like that when it rains overnight as well.

Also read: Watch: Car Handles Flood Like a Champ Despite Being Almost Completely Submerged in Water 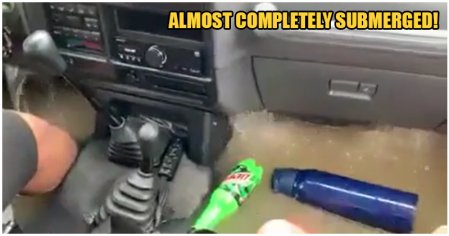