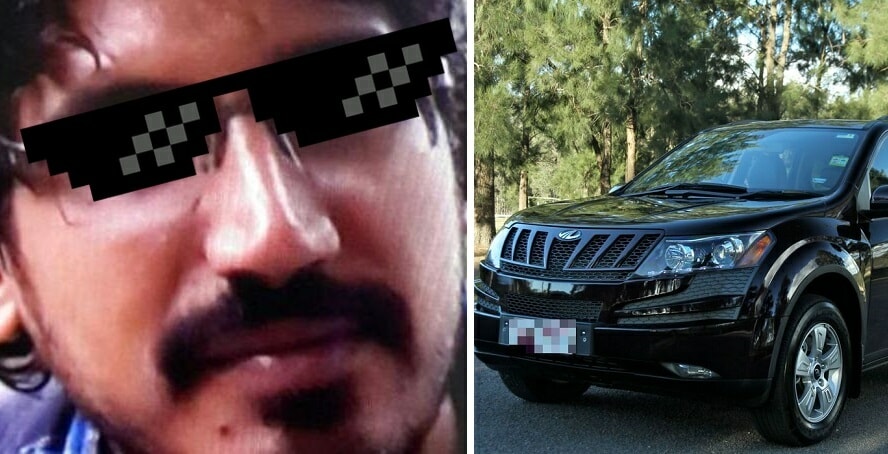 A 28 year-old Indian man is in police custody after stealing back a rented car from the new owner he sold online, all in the same day! Now that’s #thuglife right there. 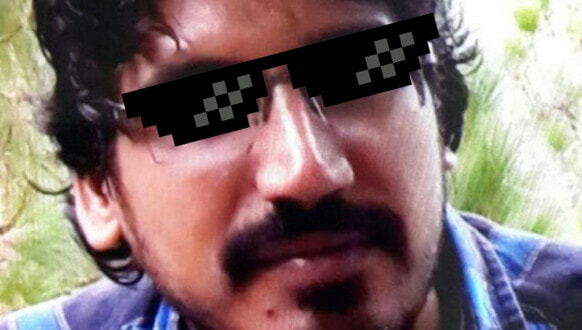 Mintoo Kumar, son of a retired Army captain from New Delhi resorted to this elaborate con plan after his spa business struggled to stay afloat.

According to the Hindustan Times, his desperation to look for money lead him to come out with his ‘brilliant’ plan. He first rented a Mahindra XUV 500 and started looking for an identical one in New Delhi. After finding his target, he spent the next few months gathering the registrations details of the car and used them to forge a registration certificate of his rented vehicle.  Once the document was ready, he posted an ad for the car on an e-commerce website and waited for gullible buyers.

Seeing as he didn’t actually own the car, Kumar’s ‘master plan’ was to steal back the car from the person he sold it to on the very same night.

Further investigations reveal that this is his second time pulling off such heist.

The new owner reported to police after his car was stolen in just seven hours. Authorities examined the vehicle’s record only to find that the details corresponded to another Mahindra XUV that was owned by a Delhi resident.

Local police were stunned by the discovery explained:

“The owner was not lying. He had bought the car through the site. It was stolen the same night. Initially we thought he was sold a stolen vehicle but later we suspected the seller may have stolen the same car from the new owner. We registered a case and began probe.”

Unfortunately, Kumar’s little spree came to a sorry end when the police were tipped off during his next attempt to sell the Mahindra XUV again. He was caught during a sting operation and confessed the crime.

On Kumar’s first sale, he stole the car back from its new owner hours after the transaction. Using a GPS and a duplicate key, Kumar was able to track down the vehicle and ‘retrieve’ back his rental car.

Car theft is rampant in India. Times of India reported that in the first quarter of 2016, an astonishing 9,714 vehicles were stolen in Delhi; translating to one vehicle being stolen every 13 minutes. Most thieves were proven to be more efficient than Kumar as only 4% of the stolen vehicles were eventually recovered.