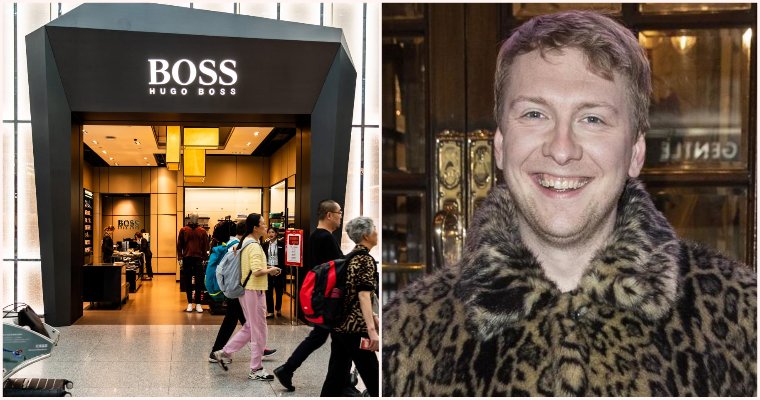 It’s safe to say that small businesses are what truly helps a community build it’s livelihood. So much so, that it’s even safer to say that charities give those communities a deeper sense of purpose.

Which is why it’s sad when big corporations tear down small businesses and charities for vanity sake. But every once in a while, a hero emerges from the shadows to give big corporations as such a run for their money, in defense of the disenfranchised.

In this case, a UK comedian who used to go by the name of Joe Lycett legally changed his name to Hugo Boss. He took to his Twitter page to inform the world about how the fashion giant was going around sending cease and desist letters to small businesses and charities with the word ‘Boss’ in their names.

So @HUGOBOSS (who turnover approx $2.7 billion a year) have sent cease & desist letters to a number of small businesses & charities who use the word 'BOSS' or similar, including a small brewery in Swansea costing them thousands in legal fees and rebranding. (1/2)

He wrote, “So, Hugo Boss (who has a turnover of RM11.4 billion a year) have sent cease and desist letters to a number of small businesses and charities who use the word ‘BOSS’ or similar, including a small brewery in Swansea costing them thousands in legal fees and rebranding.” 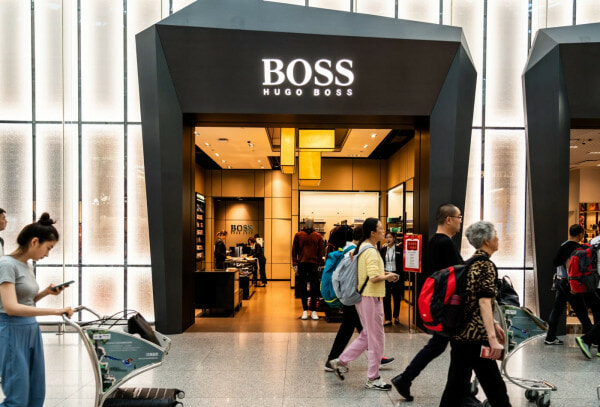 “It’s clear that Hugo Boss HATES people using their name. Unfortunately for them, this week I legally changed my name by deed poll and I am now officially known as Hugo Boss. All future statements from me are not from Joe Lycett but from Hugo Boss. Enjoy,” he added while sharing the official statement of his name change by the UK Deed Poll Office, London. 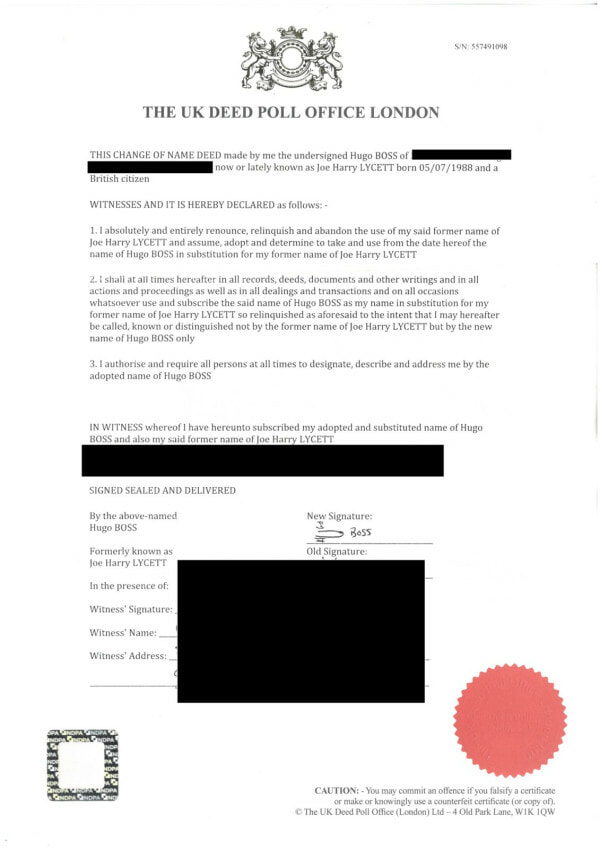 As according to INews, the luxury fashion brand had also sued DarkGirlBoss founder, racial equality campaigner Khadijah Ward when she applied to trademark the her charity’s name, she apparently received a threatening legal letter from Hugo Boss’s solicitors. Khadijah’s goals are to empower women in business.

As according to Mothership, the comedian not only changed his legal name, but also his signature. The comedian will be launching a brand new product named after himself, Hugo Boss, on his show while the luxury fashion brand will not be able to sue him for copyright infringement.

His show, Joe Lycett’s Got Your Back revolves around the comedian picking on big organisations who’ve wronged customers, as he fighting for justice with a comedic twist.

It’s so refreshing to see someone standing up for the small and disenfranchised in a world where the rich get richer.

Hugo Boss’s posting has since garnered over 9,700 retweets. 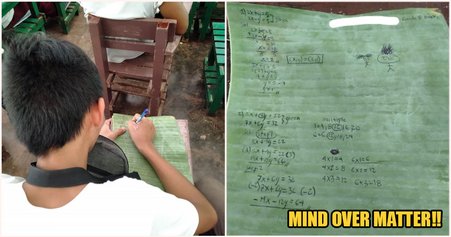