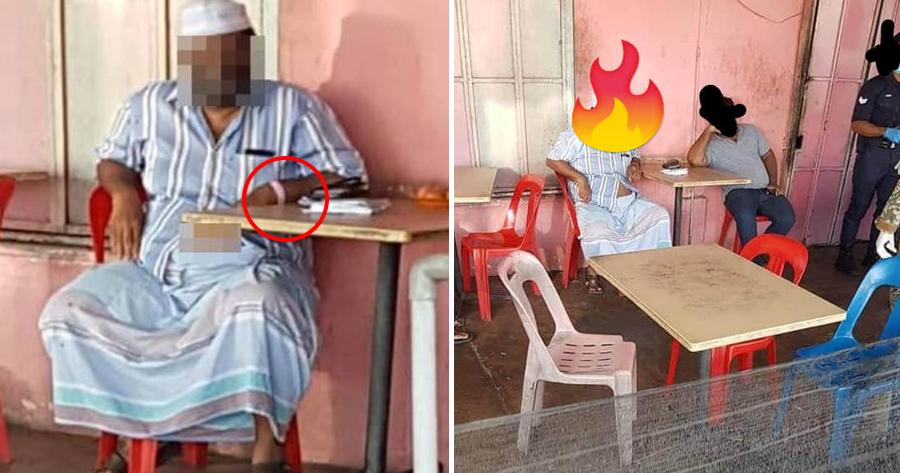 A restaurant operator in Kubang Pasu district, Kedah violated the home quarantine order when he went out to look after his shop during his quarantine period. According to Sin Chew Daily, the man was detained by the police and fined RM1,000.

In a post on Facebook, the man who runs a Nasi Kandar shop in Pekan Napoh near Jitra came back from abroad and was sitting at a table in his shop while talking with another man who is believed to be a customer.

Photos show that he still had the pink wristband from the Ministry of Health on his wrist. 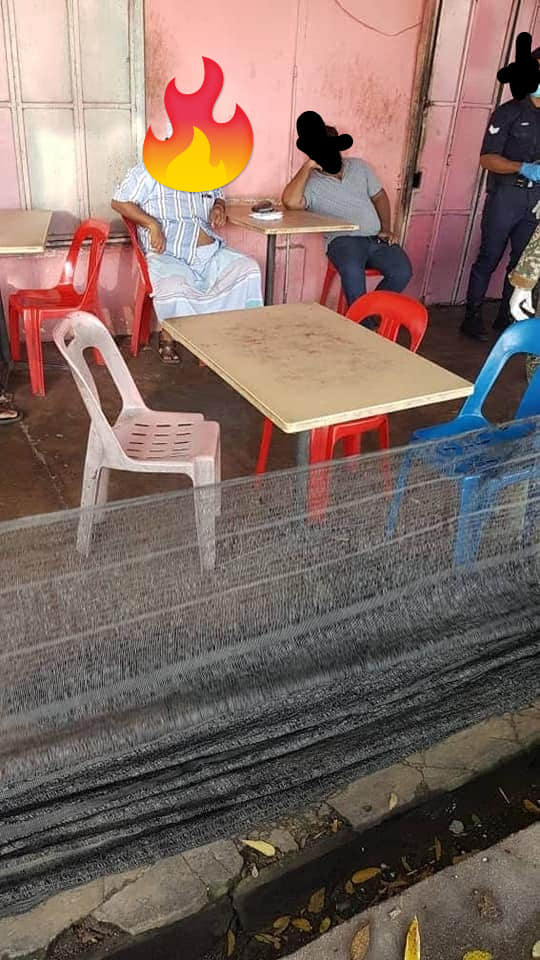 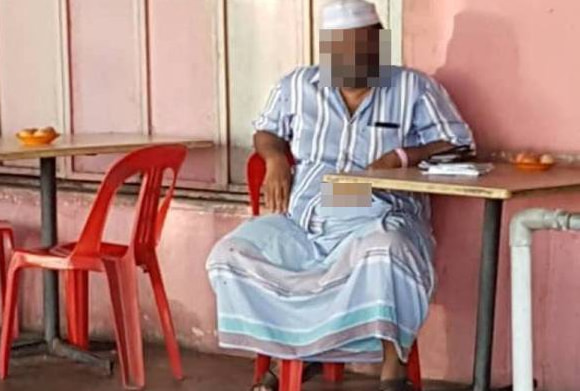 Kubang Pasu district police chief Supt Mohd Ismail Ibrahim said the 57-year-old man was believed to have just returned from India on 13th July and had been required to undergo quarantine at home for 14 days, reported Bernama.

“In the first Covid-19 screening the man tested negative and he needs to do a second screening test next week,” he said.

The authorities will take action against those who are found violating their home quarantine order. This is not the time to take things lightly as the well-being of our nation is at stake.