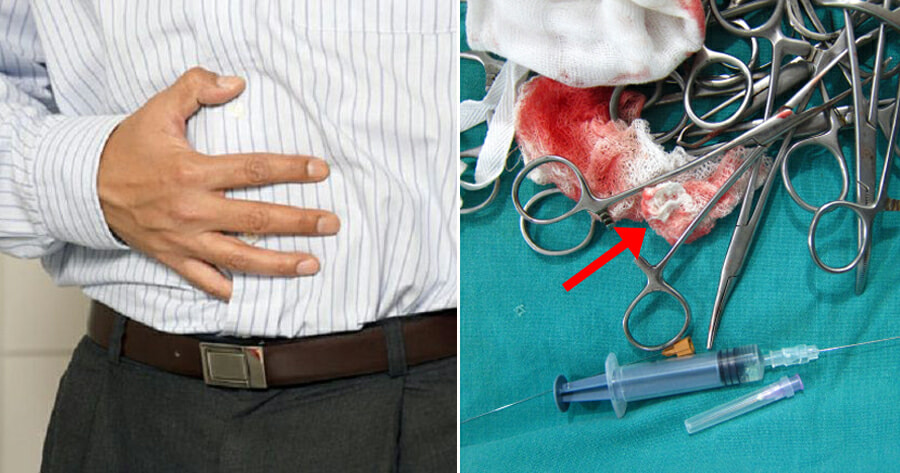 Getting your appendix removed is considered a minor operation that only requires you to be admitted for at least a night if the procedure goes smoothly. However, a man who got his appendix removed at the hospital still suffered from pain in his stomach months after his surgery.

According to China Press, the South Korean man had gone for his appendicitis operation in April this year. After the surgery, he strangely continued to have a high fever and abdominal pain. While these are some of the symptoms of appendicitis BEFORE surgery, the man found it odd that he was having them even after he had his appendix removed.

However, instead of looking further into it, the hospital just gave him some antibiotics and said that his wounds needed time to heal. So the man didn’t think much about it and went on with life as usual.

Three months later in July, he started having severe abdominal pain again – to the point he felt like fainting. He sensed something wasn’t right and immediately went to the hospital to find out what was wrong.

It wasn’t revealed if they did an x-ray, but the doctors conducted an operation on the man and was shocked to find a medical gauze measuring 35cm in his small intestines! 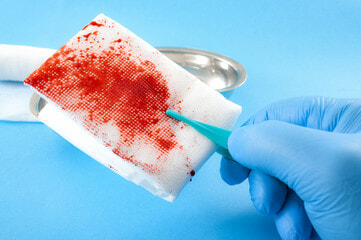 When the man first started having stomach aches, the doctor told him that his intestines needed time to heal, which could sometimes take up to six months. But when the man found out that a surgical gauze was left inside his small intestines, he became angry at the doctor.

There have been many cases where surgeons leave surgical tools and other things inside their patients’ bodies, like a doctor who recently left a man’s dentures lodged inside his throat because he forgot to take them out before the operation. You can read about it by clicking the link below. 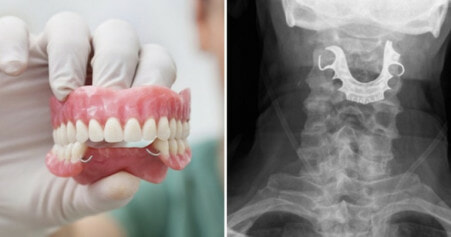