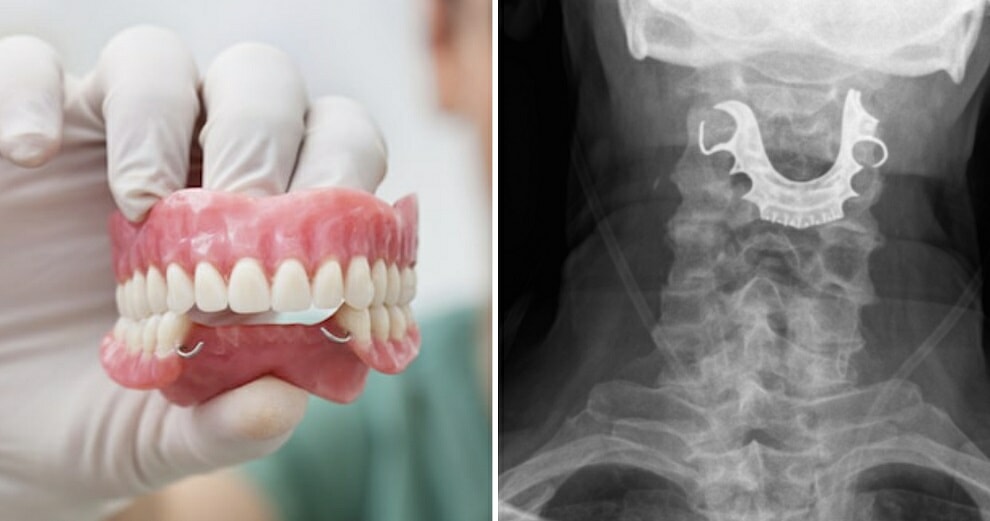 According to a case report that was recently published in the British Medical Journal, a 72-year-old man underwent minor surgery to remove a lump in his abdominal wall. However, it was reported that the medical staff failed to remove his dentures before the procedure began.

6 days after the operation, the man went to the hospital’s emergency room complaining of blood in his mouth along with difficulties breathing and swallowing, making him unable to eat solid food. The doctors were unable to determine what was causing these symptoms and sent him home after prescribing mouthwash, antibiotics, and steroids. 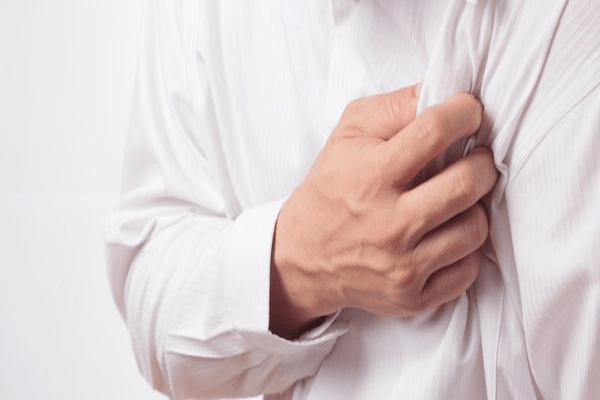 However, the man returned to the hospital 2 days later after his condition worsened and was admitted after doctors suspected severe aspiration pneumonia. After carrying out a flexible endoscopy, doctors discovered “a metallic semicircular object” over his vocal cords which was obstructing their view.

After the doctors disclosed what they found, the patient mentioned that he had lost his dentures after undergoing the minor operation 8 days earlier. An X-ray of his neck then confirmed that the man’s dentures were stuck inside his throat. 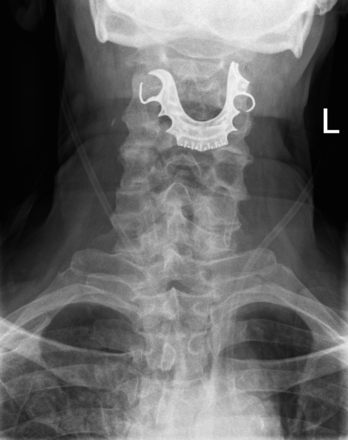 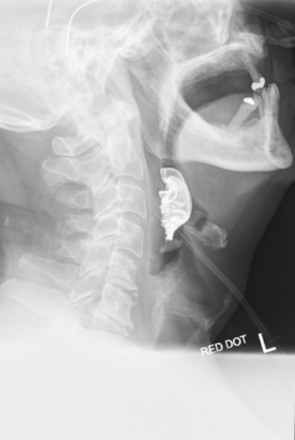 The man then immediately underwent emergency surgery to remove the dentures. He was then discharged from the hospital 6 days later. While the man did return to the hospital due to complications following the surgery, he eventually made a complete recovery.

Authors of the case report pointed out that there were no set guidelines on how dentures should be managed during anaesthesia and urged medical professionals to document whether or not a patient has dental prosthetics before and after any procedure.

Well, we’re glad that this man managed to completely recover from this ordeal!

Also read: 18yo Who Has Been Vaping Juul For 18 Months Undergoes Emergency Surgery For Collapsed Lung 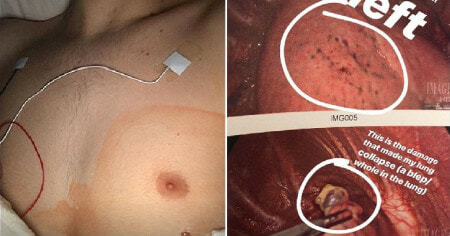