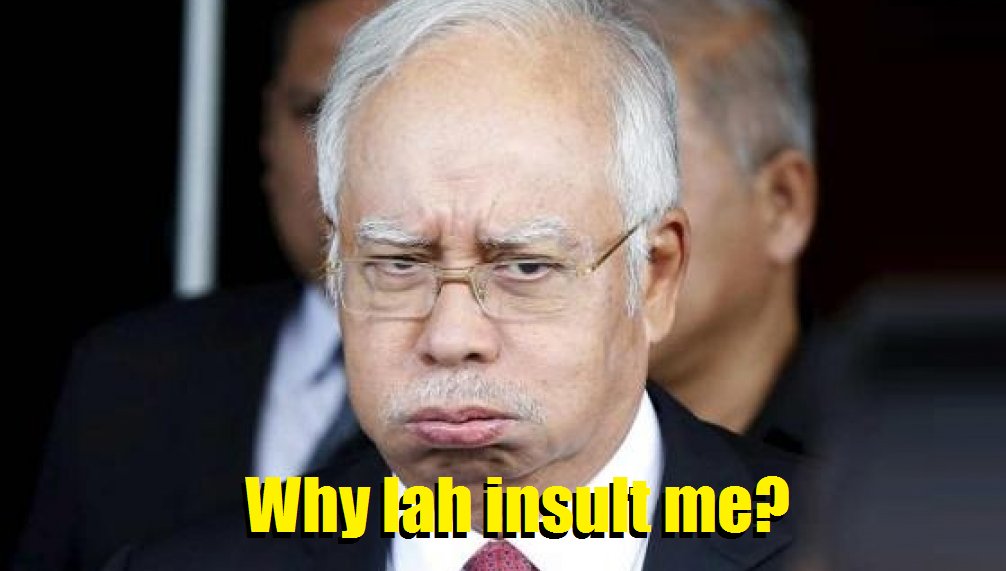 A man was recently arrested by the police for sharing a crude photo insulting the Prime Minister in a WhatsApp group.

The police report was lodged at 3.35pm on Friday after the photo in question was posted.

He said the suspect, who goes by ‘Pa Ya’, had uploaded the photo into a WhatsApp group called “Bicara Politik Melayu”.

“The photo has insulted and hurt the feelings of Malaysians,” he said in a statement on Saturday.

Serves the guy right. How dare he insult our supreme leader and hurt the fragile hearts of Malaysians.

The suspect’s Samsung G5 mobile phone was seized as well, he said.

Comm Wan Ahmad said that the suspect would be remanded at the Johor Baru court on Sunday for investigations under Section 233 of the Communications and Multimedia Act 1998 which carries a maximum fine of RM50,000 or up to a year’s jail, or both upon conviction.

He said that a task force had been formed within the police force to monitor, identify and take action against those who misuse social media.

“I advise the public against misusing social media applications without thinking about the consequences.

“We will not hesitate to take action and eventually charge those who do,” he said.

… So, Big Brother is watching.

Well, if Big Brother is watching indeed, at least it’s a surefire way to get your complaints aired. Maybe we should start attaching our pothole complaints with a photo of the PM?

Just remember not to hurt the vulnerable Malaysian hearts!