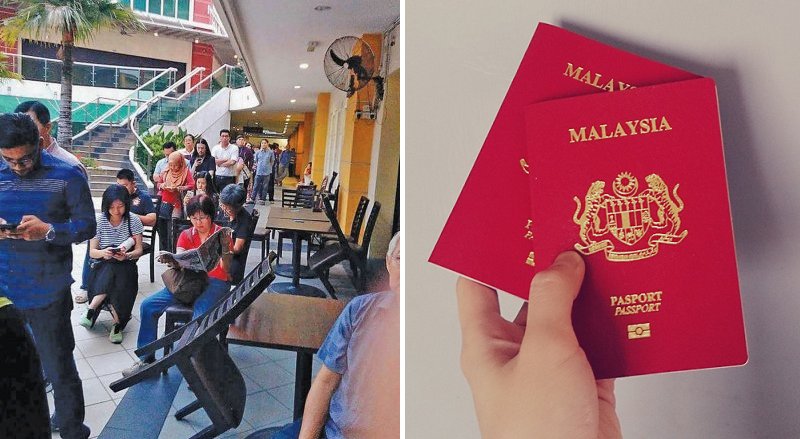 A system failure and a shortage of passports have been causing huge headaches for Malaysians wanting to renew their passports at various Urban Transformation Centre (UTC) at the Immigration Offices.

According to the Malay Mail, those who had queued up to renew their passports in the Klang Valley were told by officers that all the numbers for the day had been given out, and that the system was down.

Many horror stories encountered by applicants at the Immigration office have ranged from one being told to start queuing at 5.30 the next morning, to those who have dashed around from office to office in hopes to secure a slot. 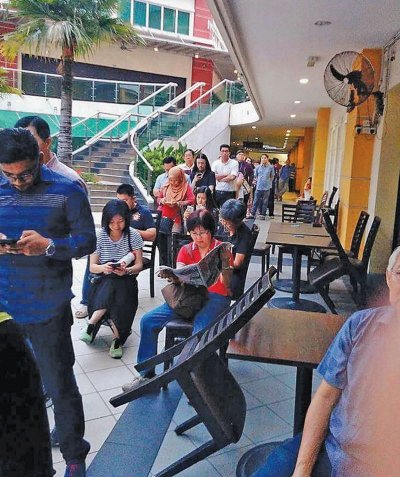 Worse, it’s not even normal to hear of how some had to visit the Immigration offices on multiple days, yet despite all their efforts, their passports are still not renewed!

“I came here last Saturday, on Tuesday and yesterday, and all three times, the reasons were the same … the system had gone offline,” said a student, who only wished to be known as Ng.

“It all doesn’t make sense … when I asked the officer here just now, he said 90 numbers were given out as a test because they said the system was down,” says 24 year-old student Syaza Amirah Ahmad Shapani, who told Malay Mail that she’d been trying to renew her passport over the past two days and all attempts had been unsuccessful.

“How is it that the UTC is open until 10pm and numbers have run out in the morning? I asked the officer what happens if the numbers are finished and no one else was queueing up, he said they just sit and do nothing until 10pm. It doesn’t make sense.”

The issue lies deeper though.

For several weeks now, the Malay Mail has led an exposé regarding the passport shortage fiasco, revealing a large number of passports have been rejected by the National Security Printers and Immigration Department for failing to meet standards or for being damaged!

A source within Putrajaya revealed that close to 20,000 passports were delivered to the Immigration Department in Putrajaya several weeks ago, however a large number of them had defects according to Malay Mail Online,

It’s reported that the department issues an average of 220,000 passports a month.

“There is a shortage of supply in several states, including Sabah and Sarawak. This is the second time the department is facing a major shortage of passports in the past few months as the suppliers are unable to cope with the demand.”

DAP assemblywoman Violet Yong has spoken up, urging the government to be more transparent about the issue and try resolve the problem of passport shortages.

“We would like to call the immigration department to be transparent and to let the public know why there’s such a shortage,” DAP assemblywoman Violet Yong told the media.

“There must be a reason why there’s a shortage, but I believe they refuse to let the public know, and this is unacceptable. The public should not be kept in the dark on this matter,” she said.