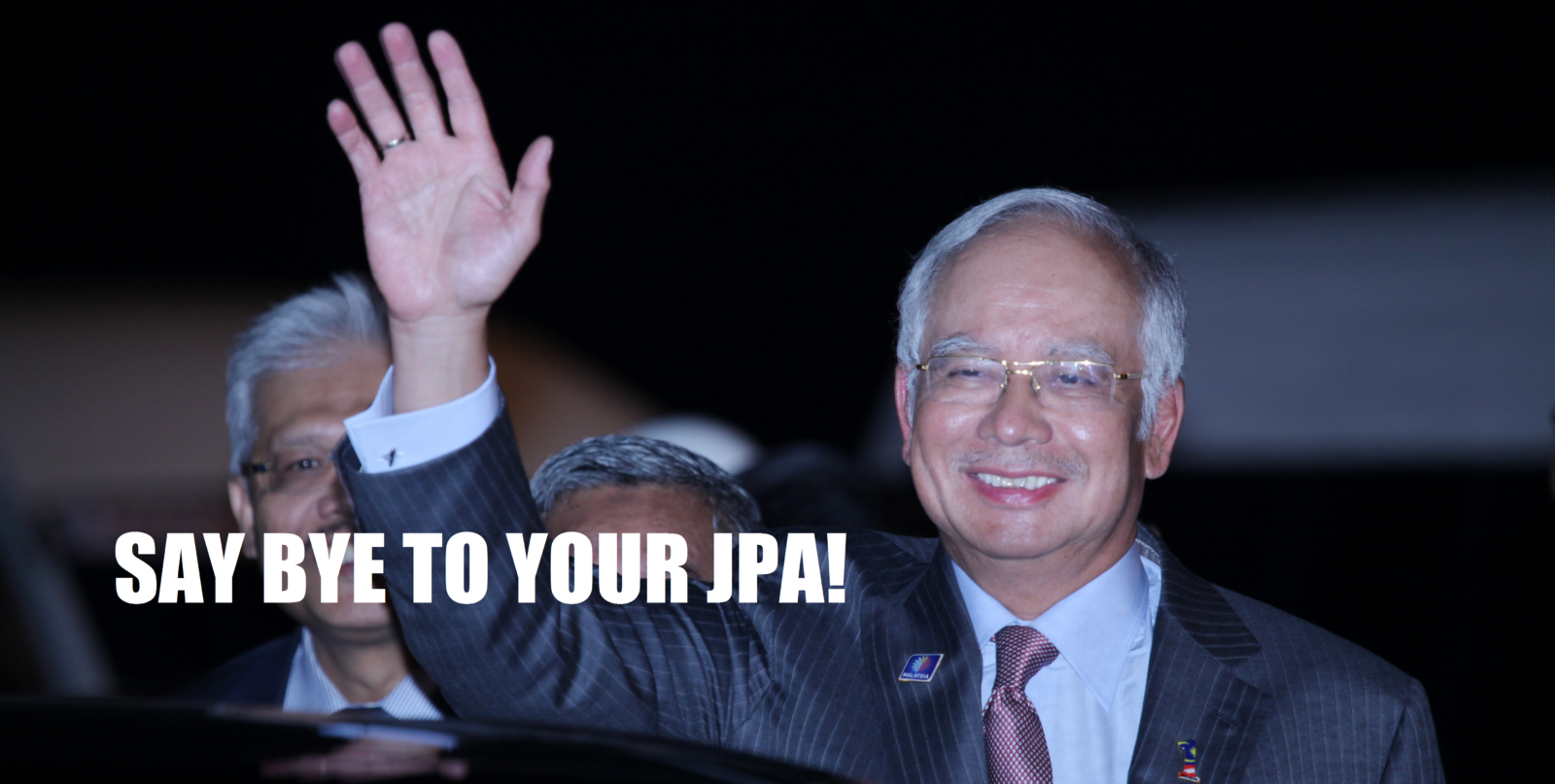 JPA scholarships are (or were) one of Malaysia’s main scholarships given to bright students after going through interviews to prove they deserved the scholarship. It has helped countless students get through the expensive education fees in colleges and universities.

However, Prime Minister Najib Razak has decided to cut the educational budget and suspend JPA scholarships.

Putrajaya is struggling with shrinking revenue as the Brent crude oil price has fallen to a 12-year low, settling at US$27.78 per barrel.

Minister in the Prime Minister’s Department Wee Ka Siong mentions that, “The prime minister understands that the economy is not good at the moment and the people are facing heavy burden so he has instructed the chief secretary to the government and JPA to come up with a new solution.”

The news has sparked public outrage among Malaysians, questioning the Prime Minister’s priority for cutting the educational budget of potential Malaysian generations.

However Minister Datuk Seri Dr Wee Ka Siong has denied saying the Public Service Department (JPA) has suspended government scholarships and that the matter was being studied by the department to find a solution for the matter.

Even so, some Malaysians are concerned on the need to make any changes to the existing scholarship given to students.

In a comment published on Malaysiankini, a user writes “Prime Minister Najib Razak can afford to fly the government’s VVIP jet overseas, allegedly spend millions using a platinum card, have a bloated number of ministers and deputy ministers – with eight useless ministers without official portfolios in the Prime Minister’s Office (PMO) – but cannot afford to give scholarships to bright, deserving Malaysian students.”

Another person brought up Japan’s recent headlines of its continual train operation SOLELY for ONE student who needs it to commute to school. Read the full story here. The admirable country has placed so much emphasis on education that they continued the train rides according to her schedule to send the girl to school and then fetch her back home.

One even mention our neighbouring country Singapore will be stepping up and gladly offering their scholarships to the young deserving Malaysians. “This is how we lose talent. It will detrimental to Malaysia’s future in the long run”, the commentor writes.

What do you think about the recent change?