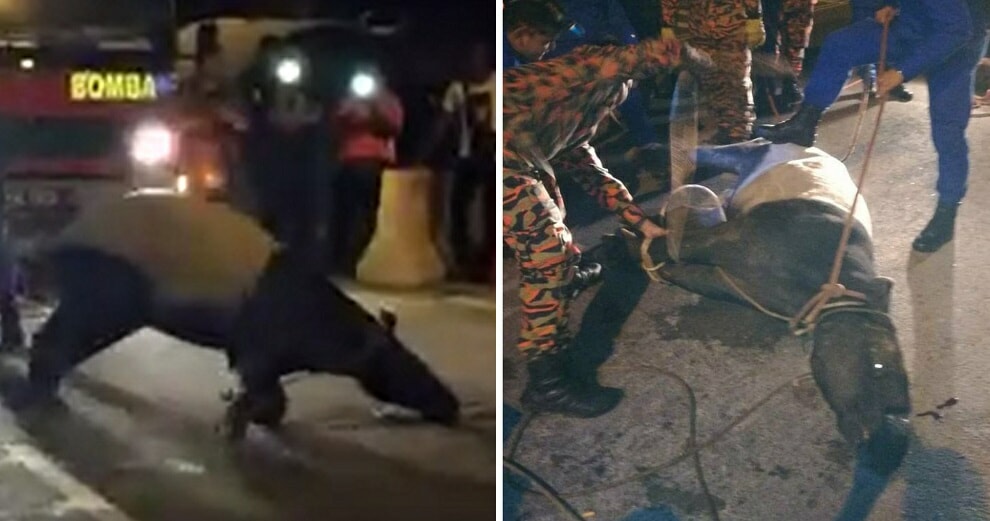 Warning: The contents of this article may be disturbing to some. Please proceed with caution.

Based on the Facebook post that quickly became viral, the tapir reportedly ran into a neighbourhood in Taman Desa Saujana Langat, Hulu Langat on Tuesday night (24th October). As soon as the wild animal was spotted, the Malaysian Civil Defence Force (APM) and the Fire and Safety Department (BOMBA) were called to the scene to help capture and release the animal back to its habitat.

However, it appears that they used excessive force on the animal, tying a rope around its neck and vigorously pulling it!

The tapir was also clearly distressed and struggled against the rope for some time. Not long after that, the endangered animal sadly died. Oh no! 🙁

The poor animal’s body was then left on the roadside, and by the following morning, it was discovered that it had been skinned, and its nose and ears were mutilated! 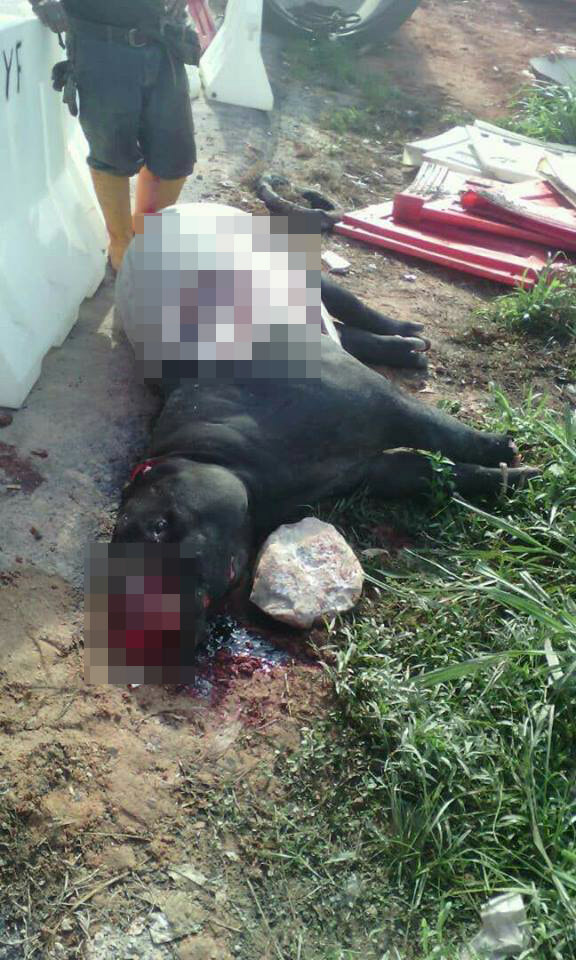 According to the Facebook post, the tapir’s carcass was only collected by the Department of Wildlife and National Parks (PERHILITAN) the following morning (25th October) at 10.30am.

Soon after the post went up, thousands of Malaysian netizens expressed their horror and outrage over the mistreatment of the local endangered animal.

“I have requested the head director of PERHILITAN to investigate the incident which led to a tapir’s death in Taman Desa Saujana Langat, Hulu Langat earlier this morning.”

“Many people, including APM, BOMBA, and the Royal Malaysian Police, have tried to help save the tapir that was believed to have fallen into a trench.”

“However, I am disappointed in the authorities’ irresponsible actions that caused injuries to the animal’s body.”

“I have already instructed the head director of PERHILITAN to lodge a police report and begin investigating the matter.”

“I also encourage the public to contact PERHILITAN if an incident such as this occurs again in the future.”

Whatever it is, let’s hope the people involved are appropriately reprimanded for their harsh actions. We have to do better when it comes to taking care of our local endangered wildlife!

May the tapir’s soul rest in peace. 🙁

Also read: We Need to Talk About the Brutal Poaching of Endangered Turtles in Malaysia 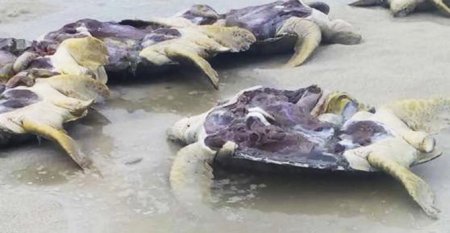