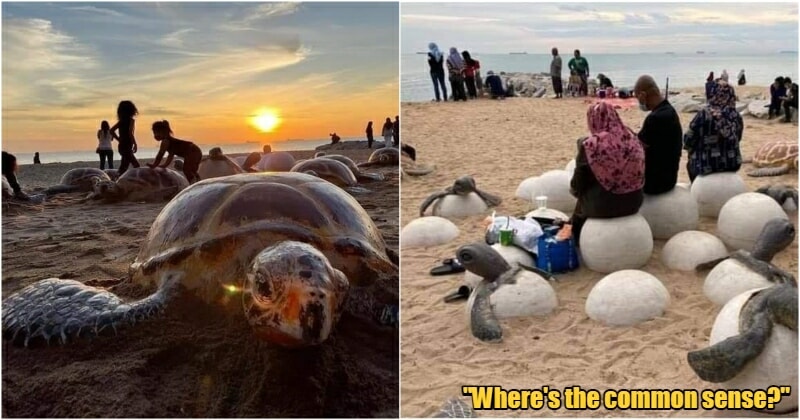 Those who are in Melaka certainly have a reason to be excited about the new sea turtle statues placed at the Pengkalan Balak beach as an attraction. But who would have thought that these beautiful statues would be used as picnic tables instead?

The Negeri Sembilan kini Facebook page took to their profile to call out Malaysians who were pictured placing their food and sitting on the newly unveiled statues, which were meant to be admired, not utilised. 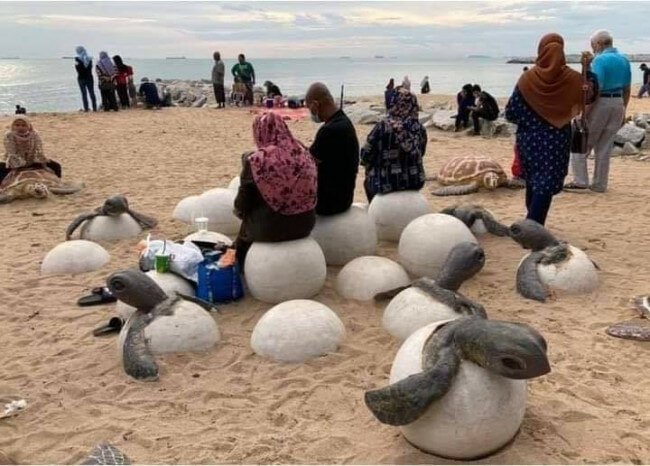 They wrote, “Melaka turtle statues. Pity those who want to take pictures. The statues have become a picnic port and a place to sit, they’ve even placed their food on the statues of the turtle’s eggs. It hasn’t even been a week since the statues were completed. Where’s the common sense?”

According to Berita Harian, the Alor Gajah Municipal Council (MPAG) had spent RM20,000 on the turtle replicas in an effort to boost tourism around the beach.

And true enough, the photo of irresponsible Malaysians was shared on 2 January 2021, just five days after the statues were newly unveiled in another posting was shared on 29 December 2020. 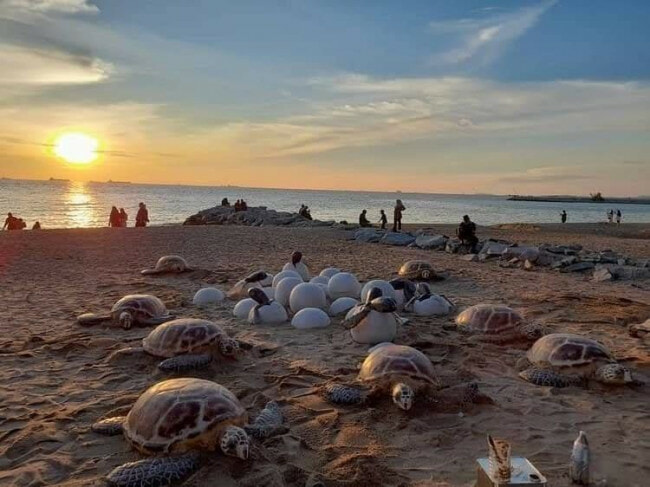 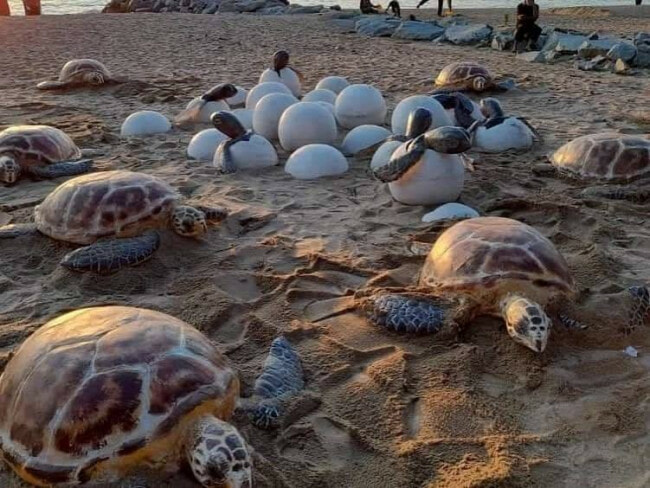 Many took to the comment section to share their disappointment over the matter. Some also suggested that the authorities erect a fence or place ‘only for photography’ signboards around the statues.

This comment says, “Have to put a signboard there, ‘no sitting, for photography only’. Sometimes, there are people who have to be taught through signboards.”

“You’re having a picnic there, you might as well bring the turtles home with you as well. It’s like the statues were made just for you.”

We genuinely hope that those using the poor statues as picnic tables don’t leave their rubbish at the spot, or this whole situation would come full circle.

Sadly, this is why we can’t have nice things.

Also read: M’sian Man Shares How He Could Not Catch Up To A Myvi Despite Driving At 172km/h On Highway 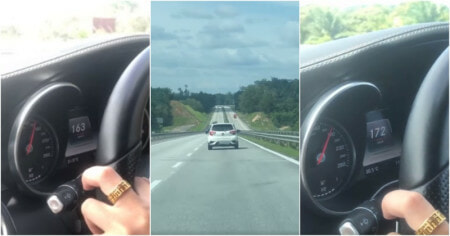