Malaysians today got into a huge debate after a document stating that KLIA may be rebranded was going viral on Twitter.

The document mentioned that KLIA may change its name to Sepang International Airport (SIA) and this obviously got everyone shocked. In fact, the tweet was even retweeted by Khairy Kamaluddin himself! 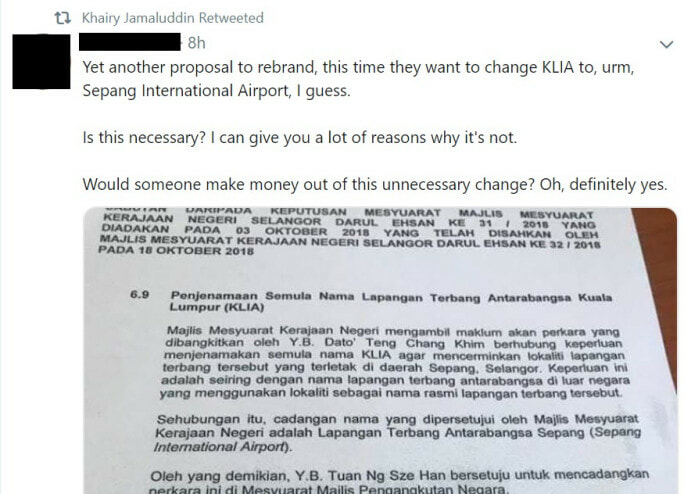 However, speaking to local media, Transport Minister Anthony Loke Siew Fook said that there’s no such request as of yet to go ahead with a name change for KLIA. Hence, everyone can be relieved that KLIA’s name will remain.

“I have not received any requests from the Selangor government on the matter,” he said.

According to Malay Mail, it was reported that the proposal to change KLIA’s name to SIA was mentioned during a Selangor state council meeting. However, the decision to do so has not been set in stone yet.

The document that went viral online was a page from the minutes of a Selangor exco meeting dated October last year.

When the document was leaked online, many Malaysians were disapproving the idea, stating that the funds used to do the rebranding will be ridiculous and unnecessary. What are your thoughts on it? 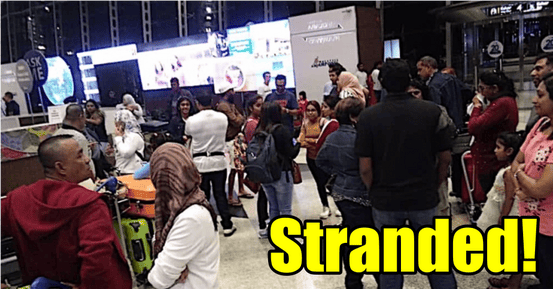