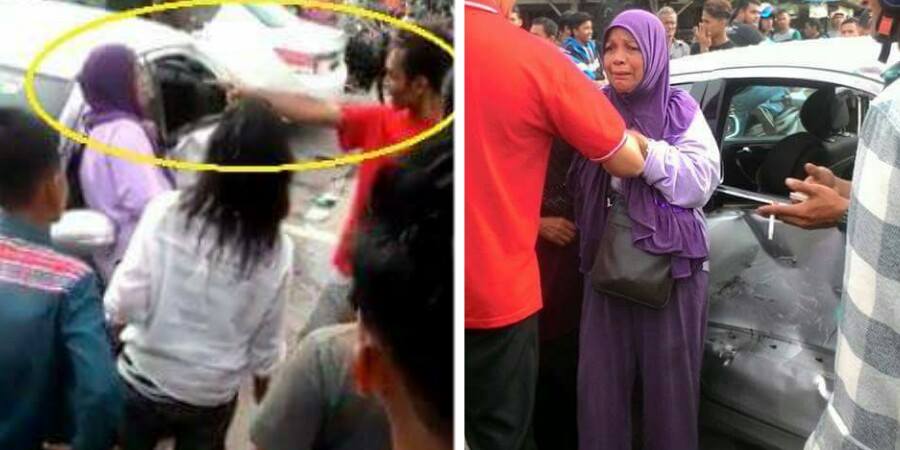 An infuriating video recently went viral depicting a group of youngsters ruthlessly yelling at an elderly lady at an accident scene.

The 40-second video was uploaded onto Facebook by Ottoman Ibnu Othman and had over 125,000 views as of press time.

In the video, a young man wearing a red shirt could be seen angrily yelling at an elderly lady in purple. As much as the poor woman tried to explain herself, the guy only screamed louder at her.

And of course, according to most Asian cultures, especially here in Malaysia, it is rude to point at people using the forefinger. But this rude punk pointed directly at the face of an elderly anyway! 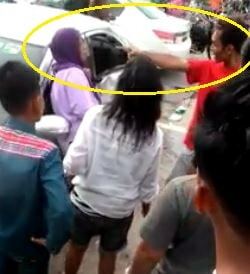 The accident took place at about noon time on December 5 between a silver Mercedes car and a motorcycle. According to unconfirmed sources, the elder lady who was driving the silver car wanted to turn right into a junction.

Like a proper law abiding citizen, the auntie even put her turn signal on.

Nonetheless, unofficial statements by a witness said that the motorcyclist was speeding way too fast and both vehicles couldn’t break in time. The motorcyclist collided into the back passenger side of the car.

Pictures shared by some netizens showed that it was evident that the youngster was in critical condition as he was lying lifelessly in a pool of blood. However, there is no confirmation on whether the motorcyclist was still alive or not. 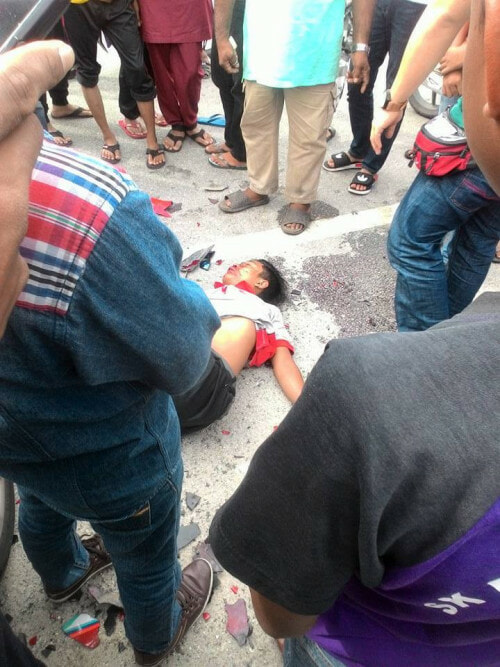 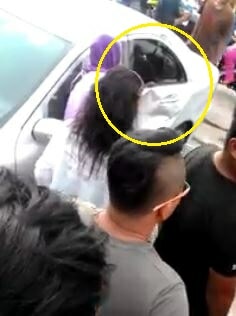 According to netizen Ahmad Shafiq, he claimed that he was at the place of the accident and had witnessed everything. He said,

“I witnessed the incident. The car gave the signal but the motorcycle was speeding. He was still far away, in fact. The kid had no license and wasn’t wearing a helmet. It really wasn’t the fault of the car. It is because they couldn’t break in time.”

Of course, the elderly auntie was obviously shocked and remorseful after the accident. But the horrible youngster still screamed at her anyway. 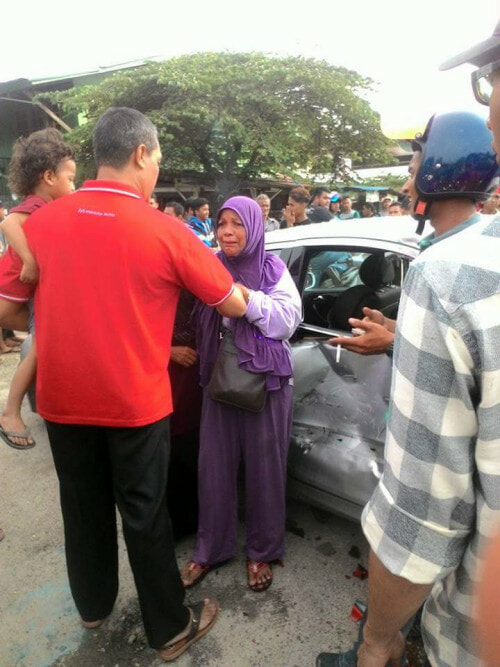 Hence, many Malaysians clamoured into the comments section with angry words.

“How dare you raise your voice against an elderly, can’t you speak properly? Even my mom has never faced such a rude person like this.”

“Whatever happened to respect. Stupid boy!”

Truly, respect seems to be something lost in today’s society. Whatever happened to being kind and polite, regardless of age?

Watch the infuriating video over here: