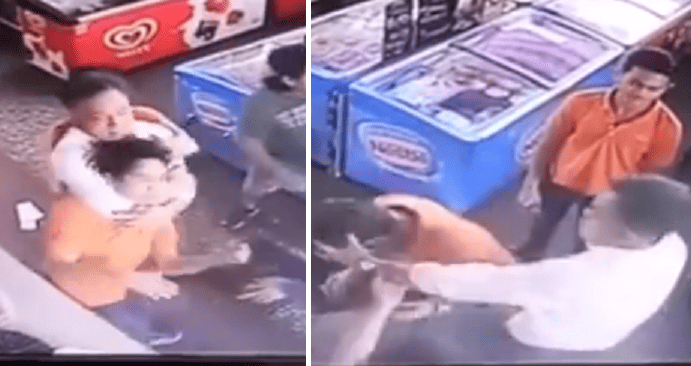 It’s been wild this Ramadan. Earlier this month, a woman got so angry, she threw her slippers at people and ultimately became a meme throughout the country.

Now, a video of two middle-aged men beating the crap out of a younger guy went viral, Coconuts KL reported. 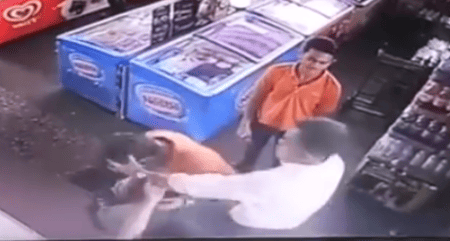 It seems the incident took place on June 6, 2017 at about 4.30pm in a supermarket in Penampang, Sabah.

Apparently, the younger man had told the middle-aged men to move their car as it was blocking traffic at a Ramadan bazaar.

All seemed well as the uncle complied and moved his car. But out of nowhere, the uncle dressed in white came back to the store to ‘teach the young man a lesson’.

The uncle suddenly charged at the supermarket employee clad in his orange uniform and began punching him. 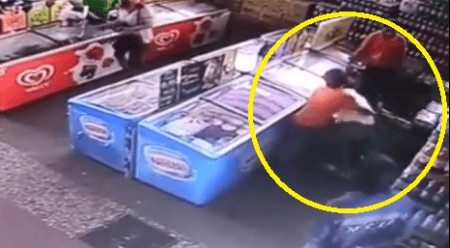 The elder guy’s friend wearing a dark green T-shirt tried to stop the younger guy and they ended up in a fist fight until they both fell to the ground. The white shirt uncle then went on to headlock the young guy.

Thankfully, the fight came to a stop when other people, including a police officer, pulled them all away from each other.

Both older men are currently being hunted by the police. So if you see them around, please report to the authorities asap.

In this hot season (come to think of it, when is it not?!), tempers seem to run short but let’s all remember to be decent people instead of being hostile.

After all, who would want to become a national joke like the slipper lady right? 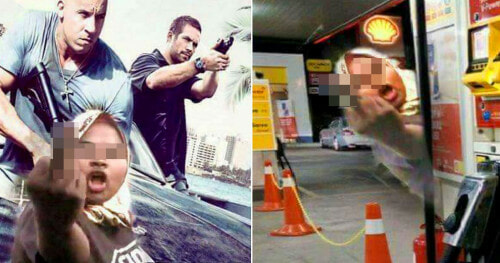