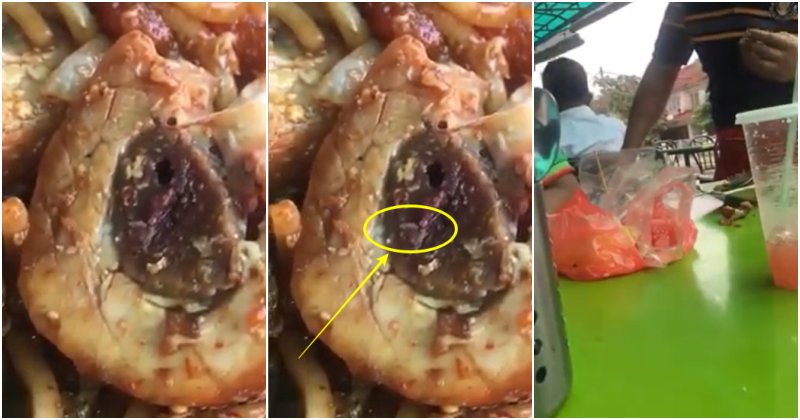 Finding out that the food you ate is inedible will surely gross out anyone, except maybe Bear Grylls.

A group of teenagers went berserk when they found out that the chicken one of their friends just bit into was swarming with live maggots.

Caught on tape, the incident, which took place in Teluk Panglima Garang, went viral when it was shared by several pages on social media.

We would like to warn our readers that there may be profanities in the video.

Clearly perturbed, the group called on the management after finding out that their friend had just bitten into a maggot-infested chicken.

In the argument, a member of the group gave the management a piece of his mind. 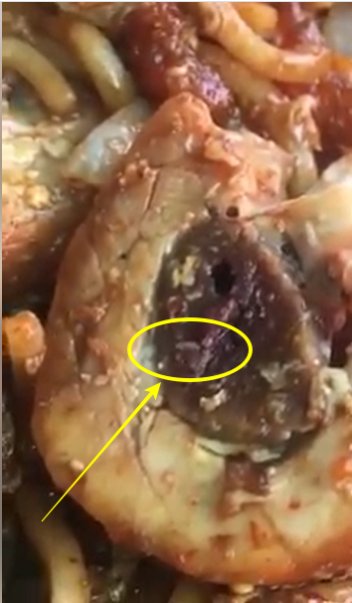 “Is this how you serve your customers? My friend has taken a bite of your food!”

In response, the restaurateur insisted that the chicken is still fresh.

If it’s fresh, are they expecting the customer to just keep on eating?

This was when the group lost it. Another member reiterated and said that the food would be fitting if it were fed to pigs, not to human beings.

Upon further investigation by the server, the restaurant simply made the decision to replace the dish. That’s convenient.

Wanting to draw blood, the group mentions at the end of the video that retaliation is in store.

Revealing the name of the restaurant in both the video and the status, netizens began piling on the hurt, condemning the restaurateur for their lack of hygiene.

One netizen said that a report should be made. He writes, “Please report this to the authorities, ensure that the restaurant is closed and summons are issued.”

“When a customer complains that the food has maggots in it, don’t be stupid and challenge them saying that it is freshly made!”

This is the year 2020, you would think that restaurateurs would be a little more responsible when it comes to handling their food right? Apparently not in this case.

With netizens on the warpath to shut down irresponsible eating establishments, let’s hope that we will not see more of incidences like this in the future. 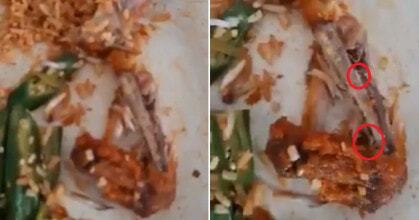