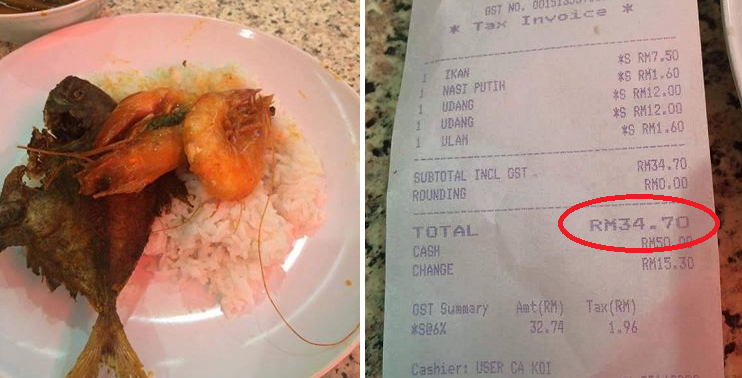 A couple images were uploaded onto a popular Facebook page, Oh! Media and it got every Malaysian’s jaw dropping.

Apparently one person got crazily overcharged for his ‘economy’ rice.

The first picture uploaded online showed a plate of rice with one fish and two pieces of prawns while the other image depicted the bill. 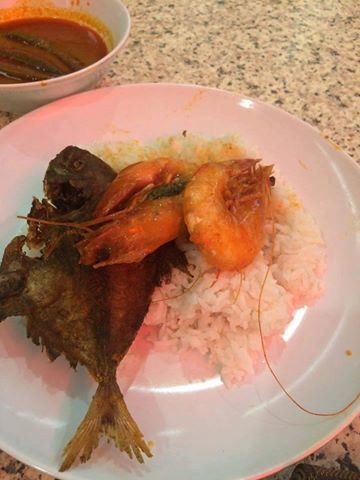 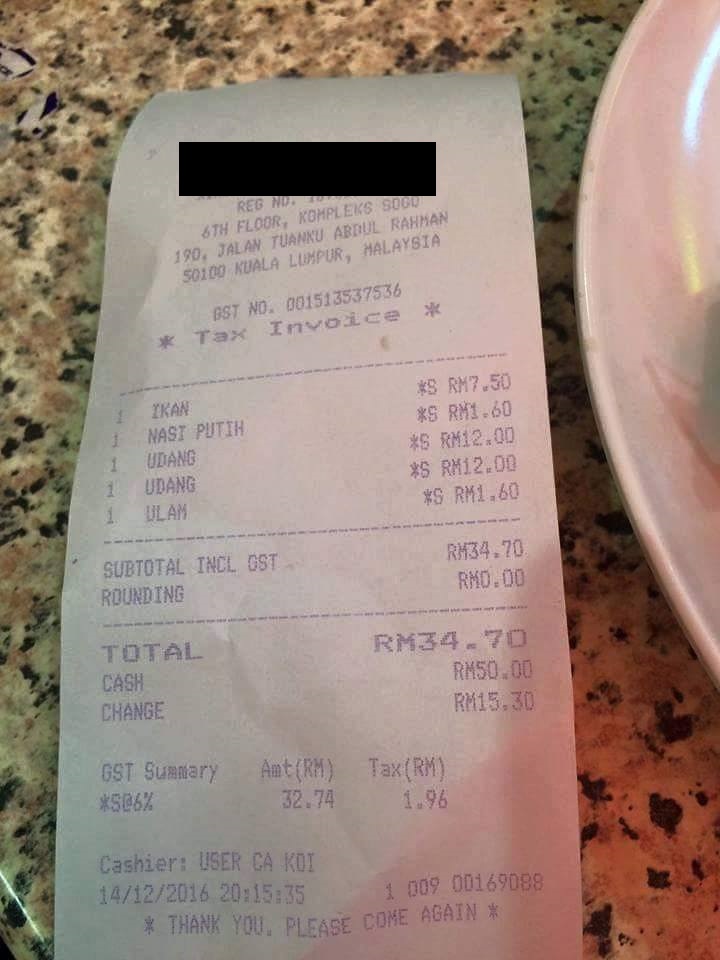 What shocked netizens are the outrageous prices shown on the bill. The plate only had a small portion of rice, a fish, two prawns and a small bowl of ulam. And all of that cost RM34.70! So not ‘economy’ at all!

On top of that, the person was charged for EACH prawn. And each of this prawn costs RM12!

While netizens speculated that the person may be charged wrongly, others added on that two pieces of prawns shouldn’t even cost up to RM12 anyway.

There are also other Malaysians who pointed out that the particular food court was notorious for overcharging their dishes.

“That prawn is so tiny! If it’s as big as the fish then it’s still probably reasonable for it to cost RM12 each.” one wrote.

Another netizen joked, “I assume the fish and prawn absorbed gold, the rice was imported with a helicopter… the plate was borrowed by a rich genie so it’s ok lah for that price.”

In fact this isn’t the first time Malaysians heard about the case where nasi campur costed a kidney and a liver.

So next time you wanna eat your ‘economy’ rice, you might want to be careful!