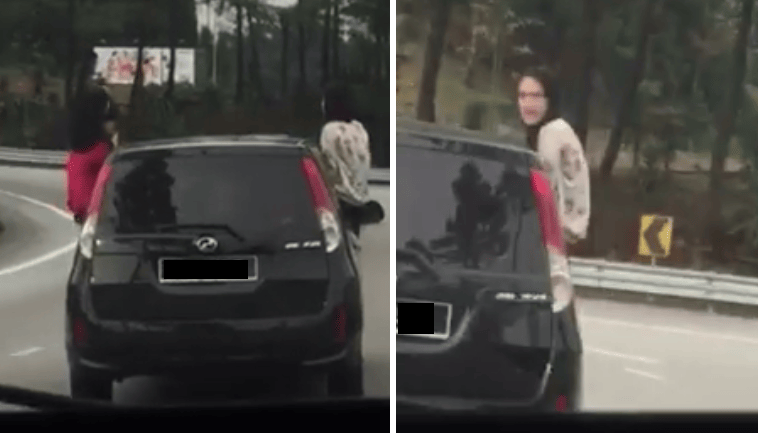 In an act that could rival that of a stuntman’s, three girls were spotted perching atop an open car window of a moving vehicle that was heading up to Genting Highlands.

The people who were in the car behind these girls shot a video of their reckless behaviour while expressing their disbelief of them doing such an act.

The video has gone viral with 25k shares on Facebook and over 2.3 million views. 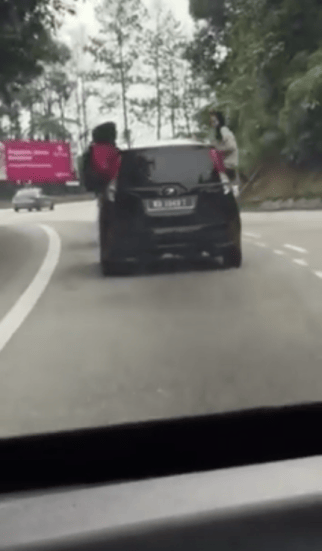 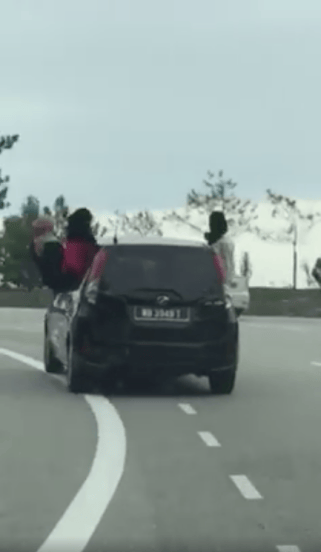 The three girls are seen performing a delicate balancing act as they sit atop the Perodua car’s windows, exposing the upper half of their entire body as they sway with the car during the windy roads to Genting. 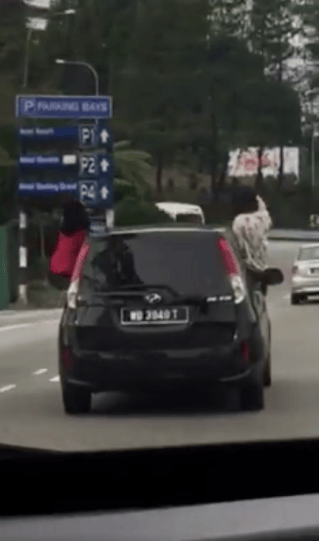 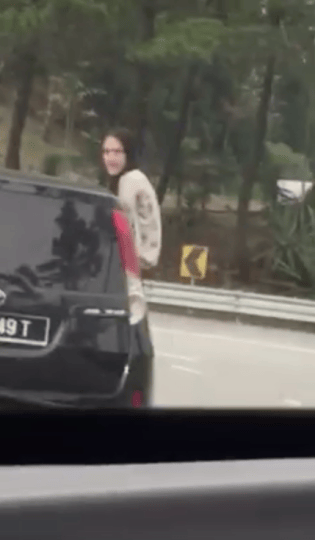 The footage was captured by Facebook user Giin Yong who was in the passenger seat, and judging from her video, she had to experience the horror of driving behind car of the three “stunt women”.

What’s worse, you can see that one of the girls actually dangerously leans backwards several times while she swings her arm around, seemingly to ‘saviour’ the cool breeze. 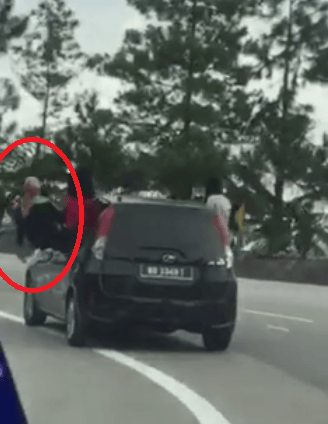 The driver can be heard saying in disbelief, “Oh my God, that’s so dangerous la.”

“I can’t imagine if one of them fall down [from the window].”

Yong then agrees and say, “It’s beyond stupid and reckless. An accident waiting to happen … smh *tsk* *tsk*”

The video has gained outrage from Malaysian netizens, many who are appalled by the women’s standard of road safety and agreeing with Giin Yong’s opinion: it was a fatal accident waiting to happen. A few are even calling for the car to be summoned by traffic police.

Many others are condemning their acts and called the girls “jakun” as if they’ve never felt cool breeze or fresh air before.

“What are these girls thinking? Is their life really worth these few seconds of so called ‘fun’?” one user wrote.

“Why sit at the window? Might as well lay out a mat on the car’s roof so everyone can enjoy together. Isn’t that more fun?” one sarcastically remarked.

In the video, the drivers who are filming the reckless act are heard discussing the ethnicity of the three women, and come to conclude that they don’t look “local” but it seems as if they’re from the “Middle East”. However, it’s worth noting that some Malaysian netizens beg to differ.

BUT regardless of race/ethnicity, a dangerous act is still a dangerous act. It’s undeniable these women put not only themselves but other motorists around them in danger.

It’s unclear whether they have been found/reported to PRDM so far.