It’s indeed a sad day for everyone who calls Universiti Putra Malaysia their home.

Earlier today (11 Jan), Universiti Putra Malaysia (UPM) announced on its Facebook page that the iconic 40-year-old tree on its premises has officially fallen due to white root disease.

About a year ago, the Elephant Ear tree located in Ladang 16 was attacked by the ‘Rigidoporus Lignosus’ pathogen which caused the tree trunk and root to rot. The early symptoms were spotted by a team of experts from UPM and they’ve implemented soil treatment to accelerate the growth of the tree.

Sadly, new leaves couldn’t revitalise the tree and as the disease was spreading too fast. Soon, there were very little leaves left on the tree.

“UPM will replace the tree beloved by everyone with another one of the same species after soil treatment has been completed,” the statement said.

This news pulled at the alumni’s heartstrings as many of them took their graduation photos featuring the tree in the background. Also, this tree has also made appearances in television commercials, newspapers, magazines, drama series, and movies. It was so famous that some even took their pre-wedding photos here!

On 2 August 2017, this popular tree soared through the sky after being printed on AirAsia’s Airbus 320 plane!

Guess UPM students will have to find a new spot to take their graduation photos until the new tree arrives. Btw, if you’ve taken pictures with this tree before, share with us your UPM moments in the comments! 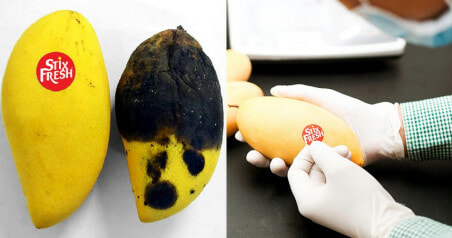