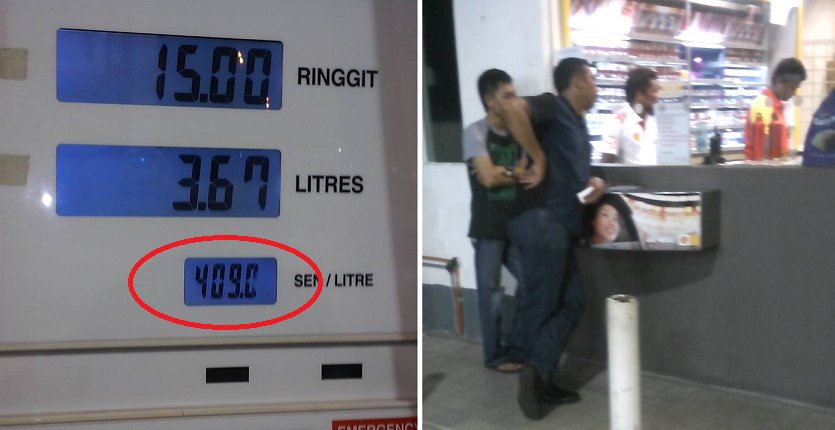 So we know fairly well that after the government implemented weekly changes for fuel prices on Wednesday, we are still slowly adjusting to the fluctuating prices as we keep an eye on the changes every week. Just like monitoring the stock market!

But in less than 24 hours, just as the fuel prices increased seven sens for RON95 and RON97, this just happened: a Facebook user, Martina Abu Hanifa shared her experience when she went to pump petrol for her car at at Shell station located in Salak South Garden at around 12.20am.

She recounted how she saw her fuel was almost empty on her way to work, so she decided to stop by a station to pump petrol.

“I turned in to the Shell station at Salak South and went to the cashier to pay RM15 for my fuel.” 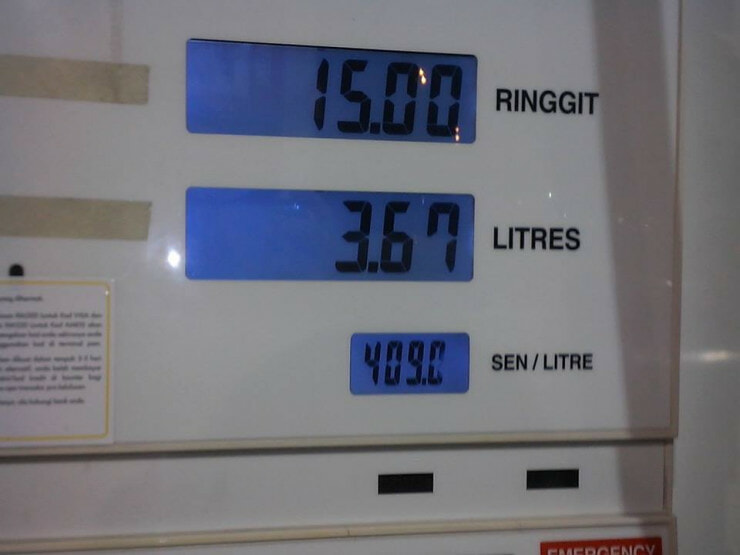 However, just after a few seconds in, the meter stopped.

“When I checked the litre gauge, curiously, it only showed that I had pumped 3.67 litres. Thus, I decided to go back to the cashier but a young man was already ahead of me and making a fuss at the counter. Apparently, he had paid RM20 but got less than 5 litres in his car.

“The staff at the counter answered our queries and said that the fuel price had increased. When I asked him, he told me to look at the pump. I went back to the petrol pump and to my shock, I saw that it was stated 409.0 sen/litre. I went back to clarify with him.”

“Me: Hi, how much exactly is the fuel price now? It can’t possibly be RM4.09 for a litre right?

Staff: I don’t know, Miss. The price has increased today. The government is the one who sets the price.

Me: Yes, but even if the price has increased it wouldn’t have reached such astronomical prices. Who’s the person who sets the machines?

Staff: I don’t know. I only work here and my boss said that the machines is set by the government, nobody else.

Me: Please call your boss out now. (Starting to get angry)

Staff: My boss has went home, there’s nobody else here.

Me: I don’t care, you make a phone call to your boss then. Or contact your manager or supervisor. That’s a very clever trick that you guys have played. “ 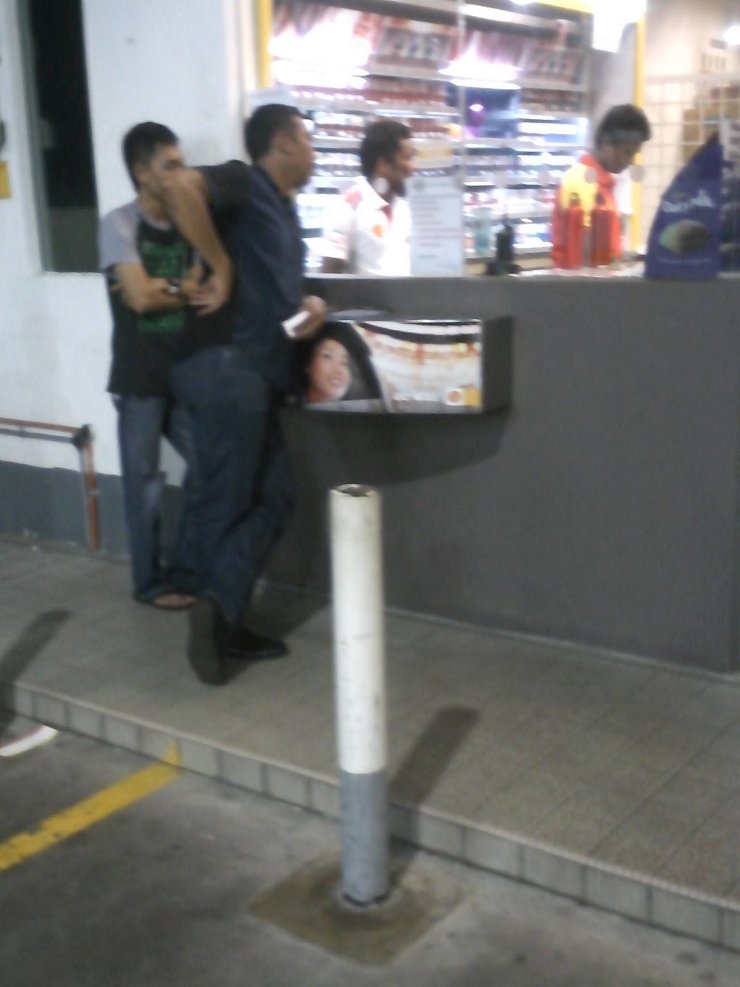 “Not long after, another man came over, he had used his credit card and after pumping in 20 litres, he was charged RM130. Shocked, he also came over to the cashier counter to complain. But after all the fuss and complaints, the staff still refused to call his boss. We even asked him to open the door and we would make the call ourselves but he declined to do so.”

“Finally the staff called his boss but when the man asked to speak to him personally, his boss hung up. I was getting furious, and almost wanted to break the glass to teach them a lesson but I didn’t do so. Instead, I called my colleague and asked them to check where is the nearest police station because I wanted to get the police here and talk to the boss of the Shell station.” 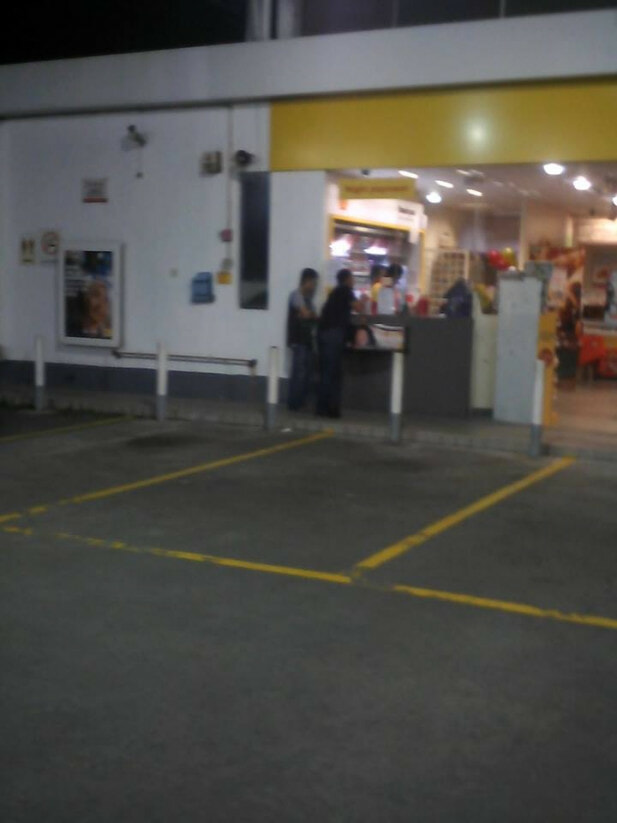 Martina expresses the absurdity of the prices shown in the station.

“I know today is Wednesday, and the prices for petrol have increased, but how can it increase up to RM4.09? Luckily there were other people there in the same situation as me, because after my call, the staff had refunded their money. The man told the staff to refund my money as well and do it quick as I was rushing for work.”

Martina ends her post by reminding everyone to always check the meter after pumping petrol.

“Also, please remember to be careful and always check that you’ve gotten the amount you paid for, otherwise when your car suddenly dies on you in the middle of the road you wouldn’t know what happened either. KPDNKK, please check these petrol stations to ensure that the owners don’t try to cheat their customers and simply set sky-high prices.”

After the story went viral, Shell posted an update on their Facebook page and clarified that it was a mistake on their end. They have requested customers who pumped petrol at their outlets between 12:01AM and 1:30AM on 18 May 2017 to go back and request for a refund. 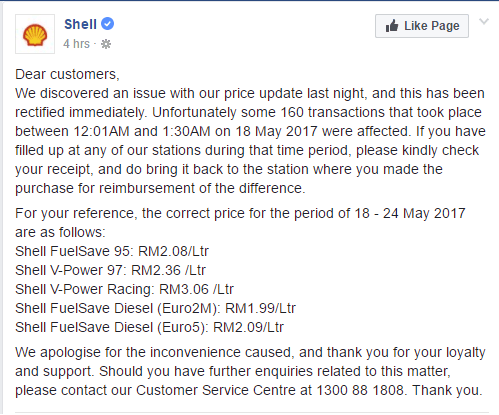 Remember to make sure that you have the correct amount that you paid for, people! 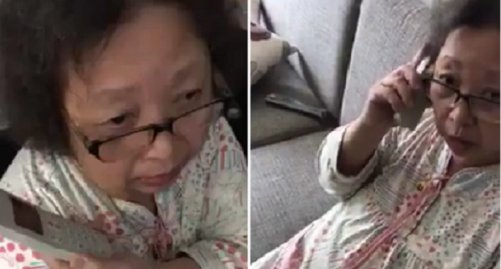