We’ve heard lots of stories from passengers of Grab, Uber, or taxis getting assaulted. But have you ever heard of the DRIVER being attacked instead? Okay, sure got lah, but not as often right?

One Grab driver suffered a horrendous drive after picking up a passenger from hell. The incident took place on December 27, 2016 at around 11.45AM, the Coverage reported.

The female Grab driver picked up a male Pakistani passenger and had arrived at the destination in a short time. However, things turned sour when the man refused to alight the lady’s vehicle and proceeded to molest her! 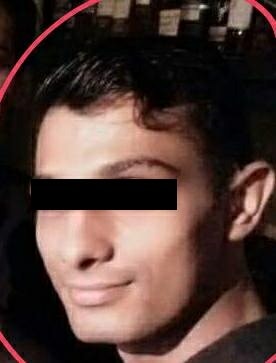 “When I reached the location which he designated, he showed me a picture of his dick and asked if I’m free at night to meet him, have sex with him.”

“I rejected him directly and he didn’t want to leave the car as he wanted to talk to me by telling me about his private parts.”

But the disgusting dude crossed the line when he physically assaulted her again.

“He touched my breast and I (pushed) his hand away. I took my waist pouch and left the cars.”

“That’s when he had no choice but to leave the car.”

The horrendous guy even behaved as if nothing happened by saying he was late for work and left.

But the harassment did not stop there. The perverted man even contacted her on her phone after that! 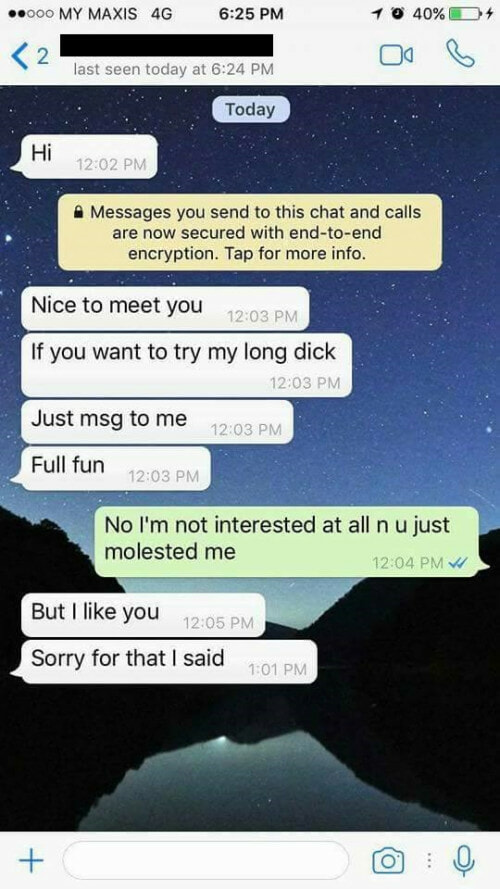 The lady then shared the police report and a screenshot of the chat in an Uber and Grab community group on Facebook. Intelligent netizens pretty much figured out who the pervert was and guessed that he was a worker in one of the restaurants in Bangsar.

If the guy is caught and convicted, he could face up to 10 years in jail or whipping or both. 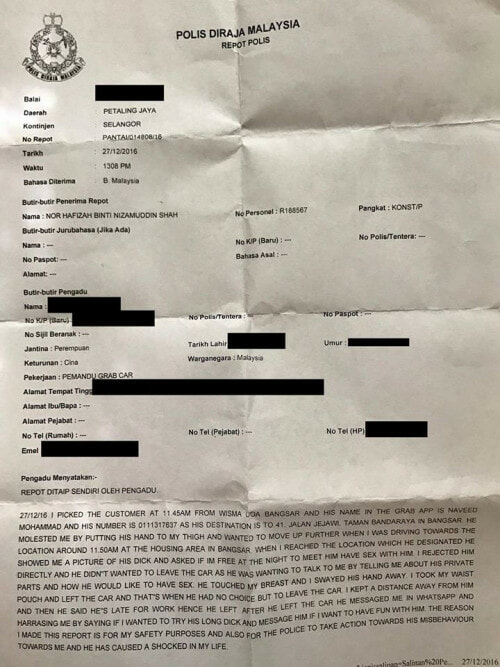