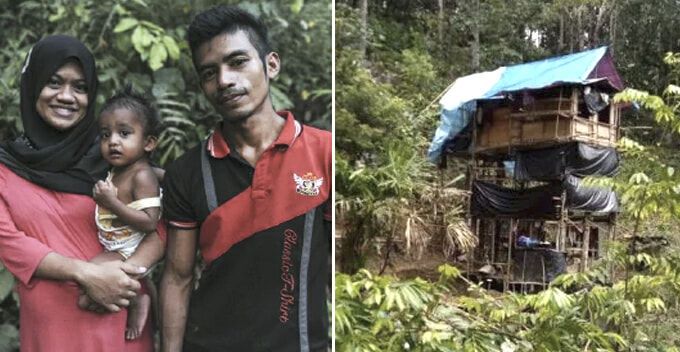 Have you ever thought of leaving the busy city life behind and move into a small place in the jungle? Well this Malaysian couple has certainly did it, and they seem to be enjoying their lives more than ever!

In December 2016, Mohd Ridzuan and his wife, Nur Hidayah made the bold decision by moving into a self-built hut in Kampung Kuala Tualak, Kedah.

The hut is located in a rubber estate and it was built with bamboo, and branches from rubber trees. 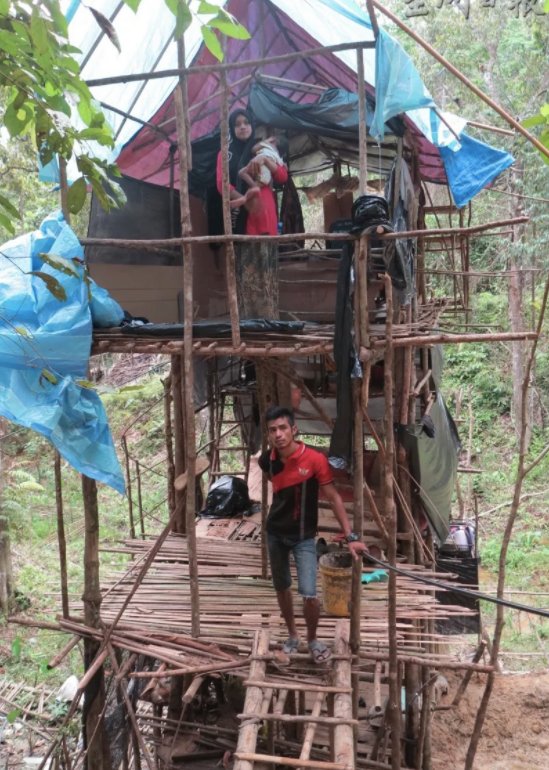 In an interview with Harian Metro and Sinchew, the wife said,

“Previously, we stayed at my mother-in-law’s house but we had to move out since Ridzuan’s siblings were living under the same roof.

“We tried to rent a place ourselves but within a month, we decided to move into the rubber estate because we couldn’t get used to staying in the rented house.”

The 3-storey hut was built in a simple manner, but the couple and their three children lived there just fine. Here’s the layout of their home. 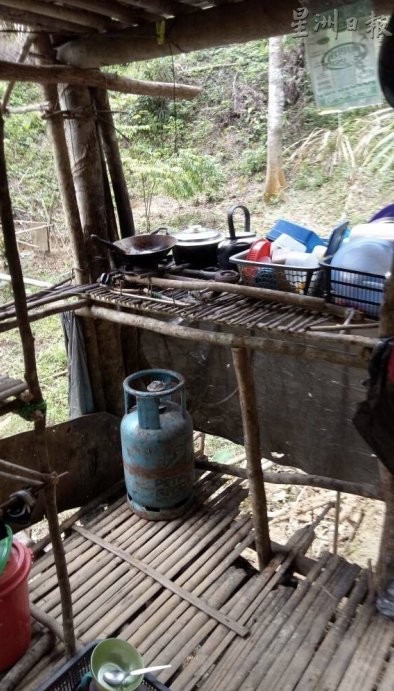 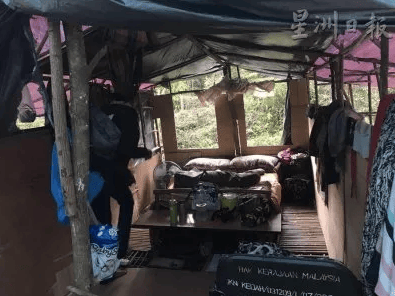 They rely on candles for light at night, and the water source is from a nearby well. Recently, they’ve also bought a generator which provides them with electricity. A coop was built beside their hut as well! Fresh eggs guaranteed!

“Although there’s no mosquitoes at night, we still have to be careful with wild boar and snakes,” the 23-year-old pregnant mother told reporters.

For Ridzuan, he’s comfortable staying there and has no plans to move out.

“This hut is built on my grandfather’s land. I chose to stay here because I can easily get to work,” he said.

Ridzuan works as a rubber tapper and collects petai bean to sell in order to put food on the table. He makes somewhere between RM600 and RM700 per month. 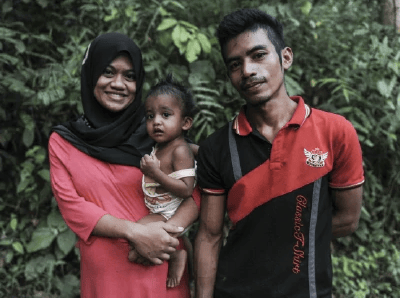 We hate to be the buzzkill, but that hut with a plastic sheet rooftop doesn’t have a solid foundation. Whenever there’s rain, the family seeks cover at the highest floor.

This extraordinary living arrangement has also caught the attention of Datuk Badrol Hisham, the ADUN of Kuala Nerang. He offered a house unit under the Projek Perumahan Rakyat (PPR) to Ridzuan but he declined as he couldn’t afford to pay the rent.

“We have to find another land that is safe to build a brick house for the family. I was told that Ridzuan’s grandfather has another piece of land in this area.

“Although they look happy staying there, but we still have to consider the future of the children. What happens when they have more children? Besides, living in a jungle is not an excuse to neglect children’s education,” Datuk Badrol said. 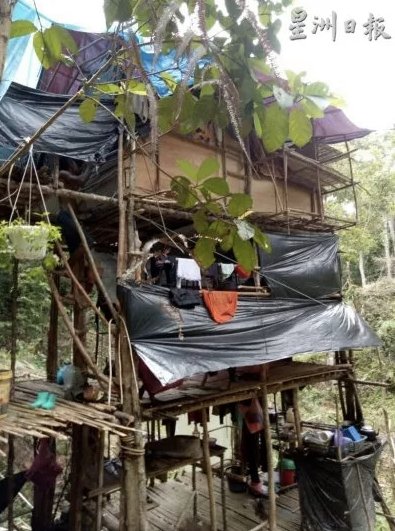 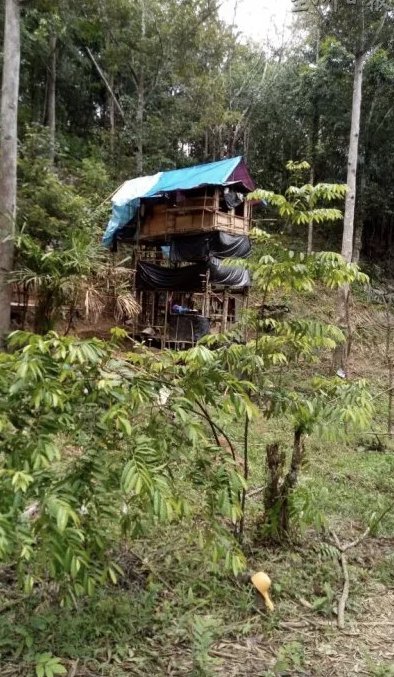 The wife is six months into pregnancy and it’s certainly not safe for her and the baby to live in that hut. We hope the husband and the authority can come to a consensus to build a new house for the booming family. 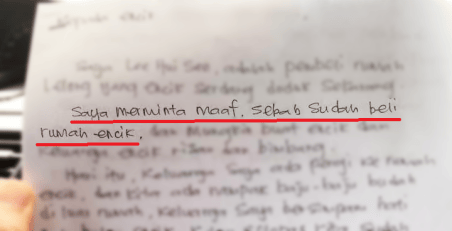