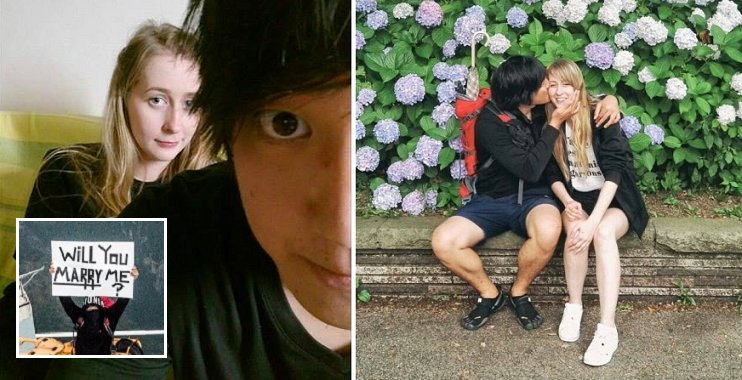 Malaysian photographer and dare devil Keow Wee Loong made it into international news as he climbed the world’s highest bridge to film his proposal video! Aww how sweet!

With absolutely no safety equipment, the 28-year old scaled the 1,853 foot bridge in China to ask his Polish girlfriend to marry him. Keow was in Japan looking for a Pokemon centre but got lost in Ikebukuro. His map app had crashed and he needed WiFi to reconnect. He wanders into Family Mart to ask for WiFi and spots a white girl manning the counter.

“Seeing a western woman working in a mini market in Japan is a bit weird. I was lost and wanted to use the WiFi in the shop but I ended up talking to her.

“When I walked in, she was preparing curry for a customer.

“She spoke to me in Japanese, assuming I was Japanese. But I replied to her in English and she seemed excited to be able to speak to a foreigner.” he tells World Of Buzz.

Keow was only in Tokyo for a few days and was making his way to the abandoned Fukushima radioactive zone (which you can read more here). He told her about the trip and how he had accidentally lost all his money of 300,000 yen (RM11,700) in Tokyo.

Concerned, the kind 24-year old Marta Sibielak made him chicken curry to fill his empty stomach. “She made this for me”, Keow tells WOB.

The two spoke for over an hour and after the meal, Keow wanted to ask for her contact details but he was shy and afraid that she might have a boyfriend. However, he mustered his courage and asked her anyway.

“I know if I don’t ask for her contact number, I will never see her again.”

For the next four days before he left for Fukushima, Keow would head to Family Mart every night to send her back home.

“I waited for her to finish work and send her back home every night.

“Sometimes I miss the night train so I’ll need to walk back to the hotel which is 2 hours away.”

Their relationship blossomed from there. After Keow came back from Fukushima, Marta housed the homeless Malaysian and took good care of him when he was down with a fever.

“I had fever a few days later and she took really good care of me. Getting me pills, feeding me and taking me to Ramen.” 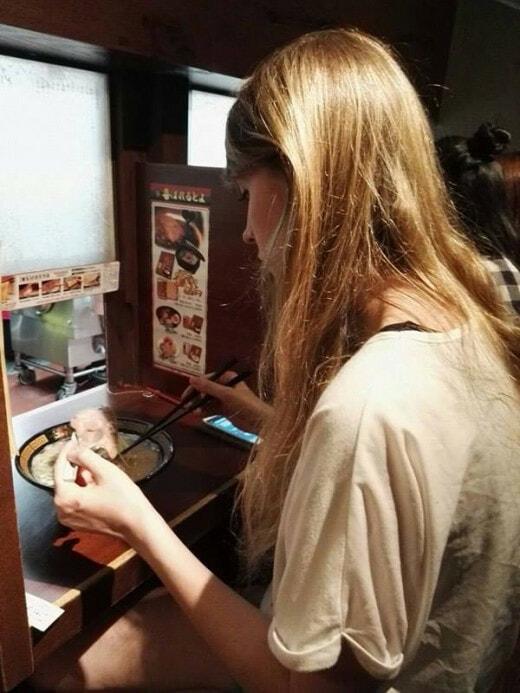 “On Sunday, when we were free, we walked around Japan and the park to get to know each other more.” 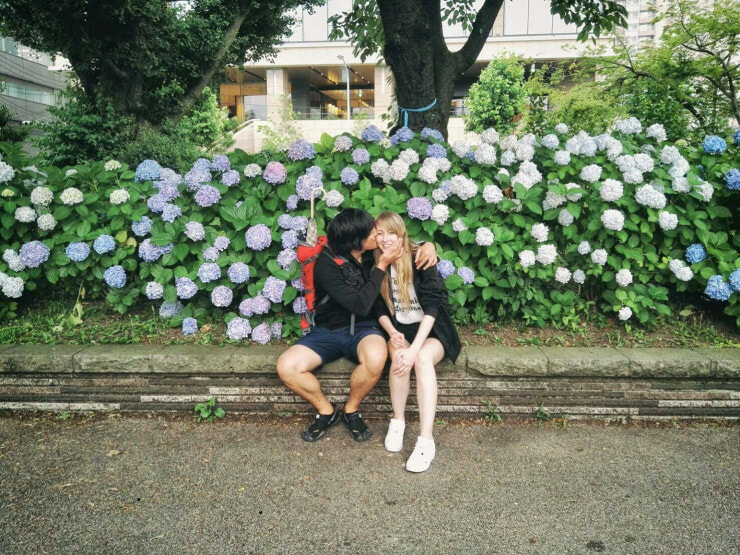 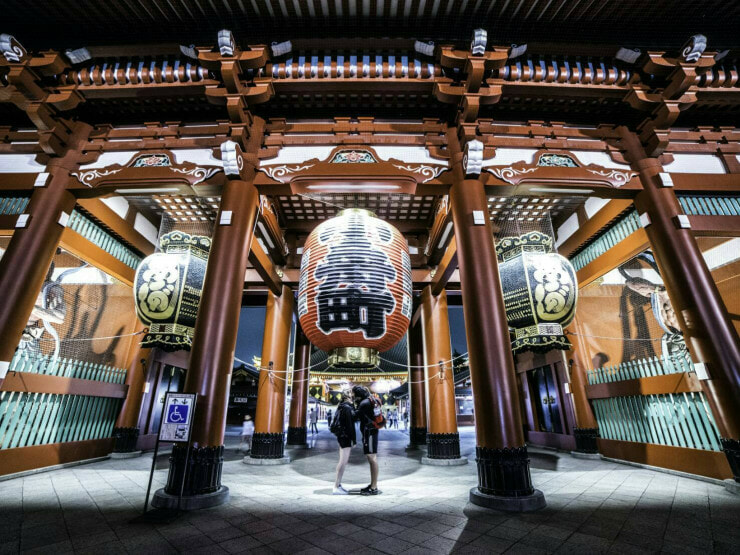 The two only knew each other for about 6 months before Keow decided to propose to her. When asked how sure he was to pop that question, he tells us,

“When you’re sick and homeless, someone who doesn’t have enough for themselves but is willing to give everything to you will make it certain.

“Where can I find someone like this? XD,” Keow said playfully. 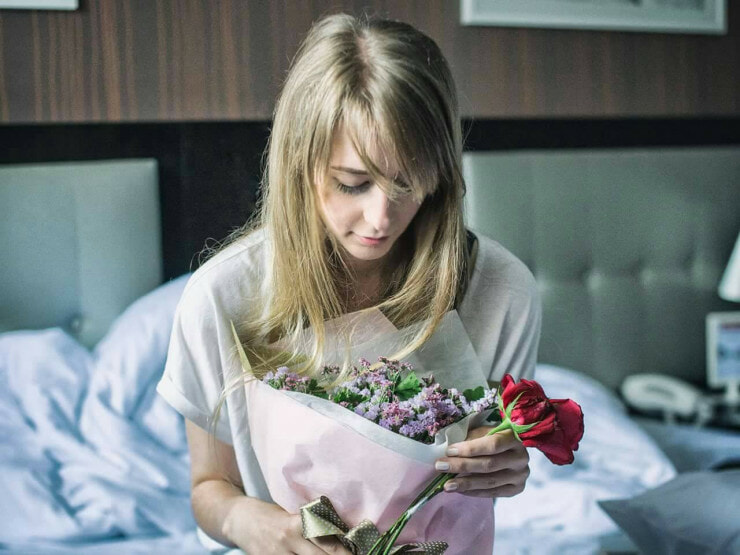 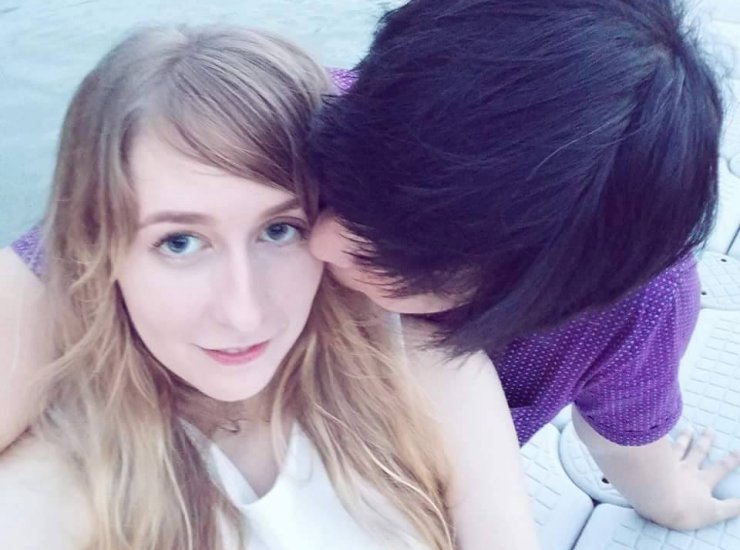 At first, Keow planned to air his proposal video in one of Malaysia’s cinemas but he got cancelled last minute. So, he went for Plan B, a memorable trip to Bali.

There he uploaded his proposal image on Facebook, knowing full well she would see it. And she did! Of course, she replied “Yes!” 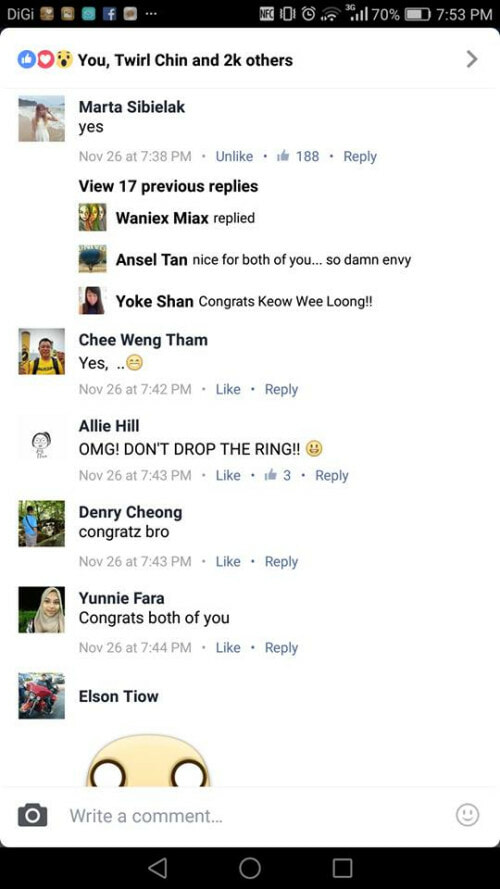 When Marta saw his proposal, she couldn’t help but cry.

“I didn’t expect her to cry like that. People started to gather around her, but I told them that it’s okay.”

“After dinner, I brought her to the famous Kuta landmark and got down on one knee to present her with the ring.” 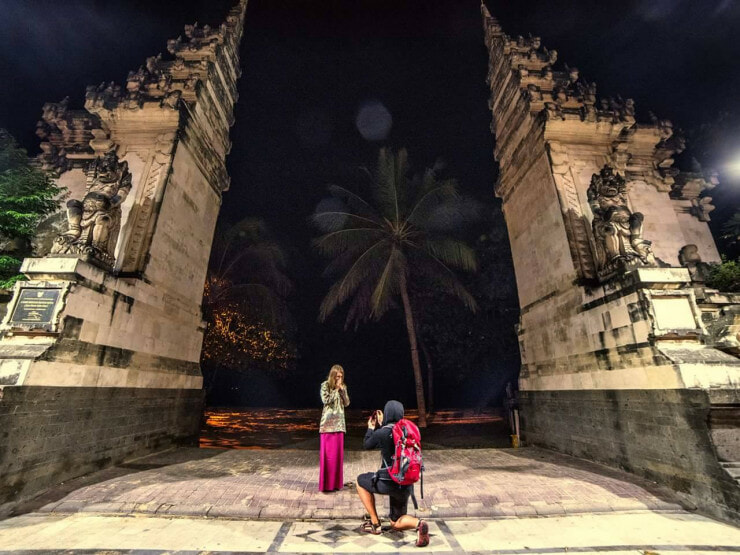 The two are currently in a long-distance relationship and they are planning to have a life together in Malaysia at the end of 2017 when she finishes her studies in Japan.

Keow wants to remind everyone that,

“When life gives you lemons, make lemonade out of it. If you see an opportunity of a lifetime, take it. Don’t feel shy or wait for something to happen, because in life, these opportunities don’t wait for anyone.”

World Of Buzz wishes all the best to these two love birds. As for you guys, make sure not to miss out on your opportunity next time it presents itself. Who knows, they may be your happily ever after.

Check out this video by Keow when he was visiting Marta in Family Mart: 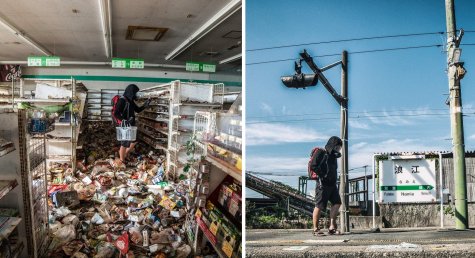