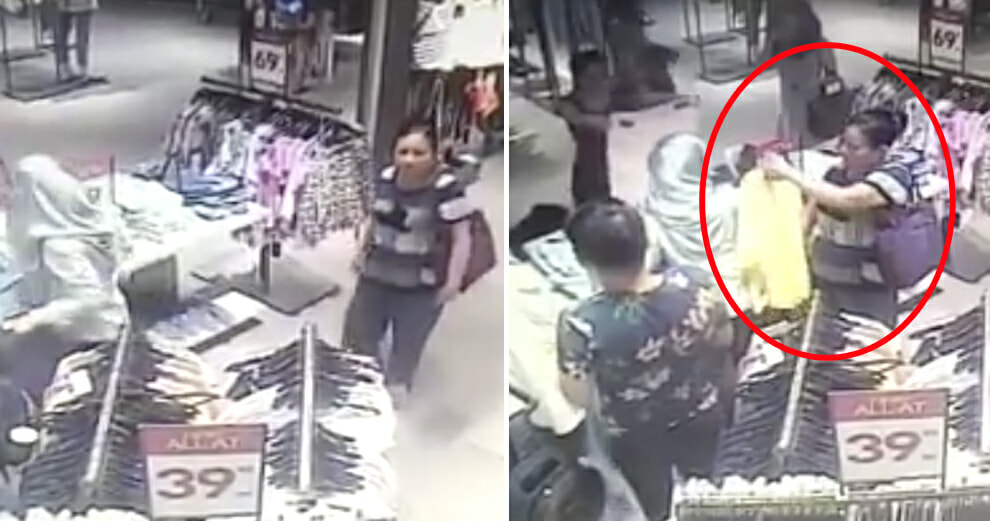 Think pickpockets are not daring enough to make a move in places with CCTV surveillance? Well, think again.

Recently, a netizen known as Muhamad Hafiz and his wife were shopping at Suria KLCC when a pickpocket stole his wife’s purse. He decided to share this incident on Facebook to caution other shoppers, simultaneously hoping to identify the culprits through the power of social media. 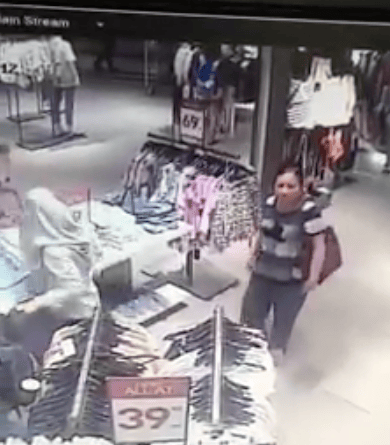 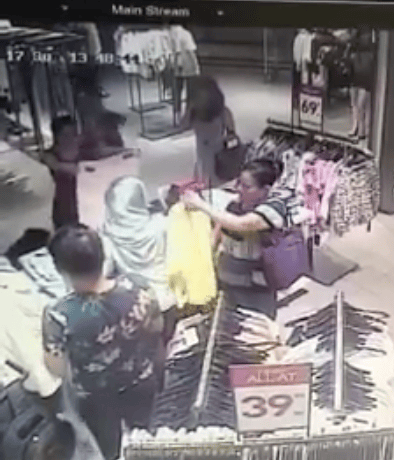 “My wife’s purse, along with cash and important documents inside were stolen in the ZARA boutique at Suria KLCC. The CCTV clearly captured the culprit’s face and many similar cases have happened here before using the same modus operandi.”

“They were very cunning and I believe my wife and I were hypnotised by the pickpocket as we honestly did not feel anything amiss although the woman was clearly closing in on my wife.”

Hafiz also uploaded the CCTV footage, which clearly revealed the strategy of the women. It appears that the pickpocket has another accomplice who stood in front of the victims, acting as distraction.

The pickpocket who was holding a blouse as cover approached the victim and stealthily retrieved her purse. Although the pickpocket was in such close proximity to the victim, the couple didn’t seem to be alarmed at all, which led the husband to believe that they’ve been hypnotised.

Here’s the footage he uploaded.

After this video went viral, a netizen shared what she learnt from her experience in the comment section.

“Normally, this kind of syndicates are from Vietnam. Their modus operandi include aiming at people who are fully immersed into shopping or have their bags/handbags opened. They usually work in teams and they’d pretend to be flipping through clothes nearby their target,” the netizen said.

Pickpocketing in shopping malls is becoming more frequent these days. One way to minimise the risk is to position your sling bag in front of you so that you can pay attention to it at all times. 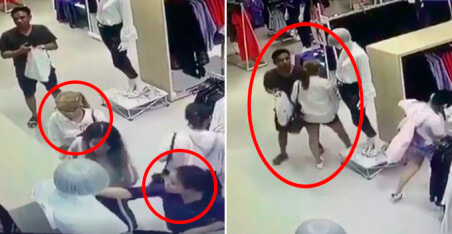