In light of a recent tragic bus crash in Muar which took the lives of 14 people, another bus driver was caught on video for putting his passengers at risk.

Facebook user, Firdaus Wong Wai Hung recently shared a video and was outraged that the bus driver was driving VERY dangerously. With a cigarette on his right hand, the driver can be seen constantly looking down on his phone while he was on the road. 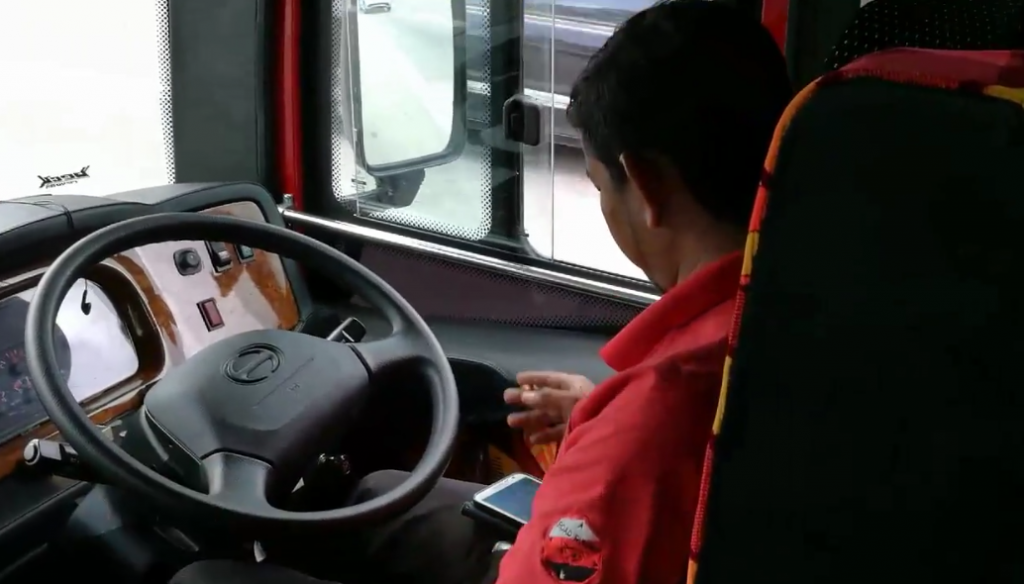 Firdaus mentioned ‘this is probably why accidents happen’.

“Smoking, reading messages and replying to them while driving. This is the footage I took on Mayang Sari bus with the number plate JRU7400 from TBS to Muar.” he wrote in his post.

From the footage, it’s pretty shocking how reckless the man was driving. In one of the videos which lasted 16 seconds, the driver was outrageously holding onto his phone with BOTH hands and replying his messages throughout!

Firdaus acknowledged that not all bus drivers are like that, but some would be guilty of such behaviour. He also warns everyone to be wary of their actions, and reminds everyone that we should not put ourselves nor other people in danger.

After he posted the video, Malaysians obviously were furious at the driver’s actions and condemned him for risking his passengers’ lives.

“I just cannot believe my eyes.. He is really careless.. Drivers like him should not be allowed to take people’s lives in his hands.” one wrote.

“Celaka.. This man just wouldn’t stop ‘playing’ with his phone while driving. He’s holding a lot of lives in his hands.” another user wrote.

Seriously, it’s no joke when someone puts themselves AND OTHERS at risk due to their own reckless behaviour. This is a matter of life and death!

The number of road accidents in Malaysia is considered one of the highest in the WORLD, ranking 18th place. So, it’s about high-time us as road users practice safe road ethics and authorities to enforce the law.