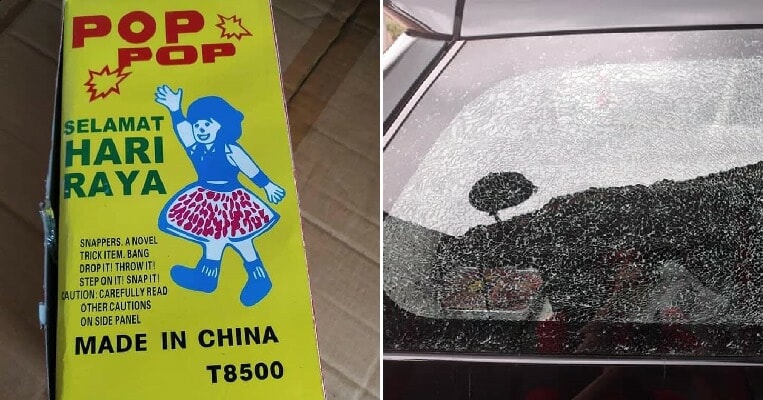 An integral part of any festive season in Malaysia means that there are fireworks to be had and you are bound to hear cracks and bangs in the night during these periods. Pop Pop is one of the supposedly safer ones to play with and also legal in Malaysia. 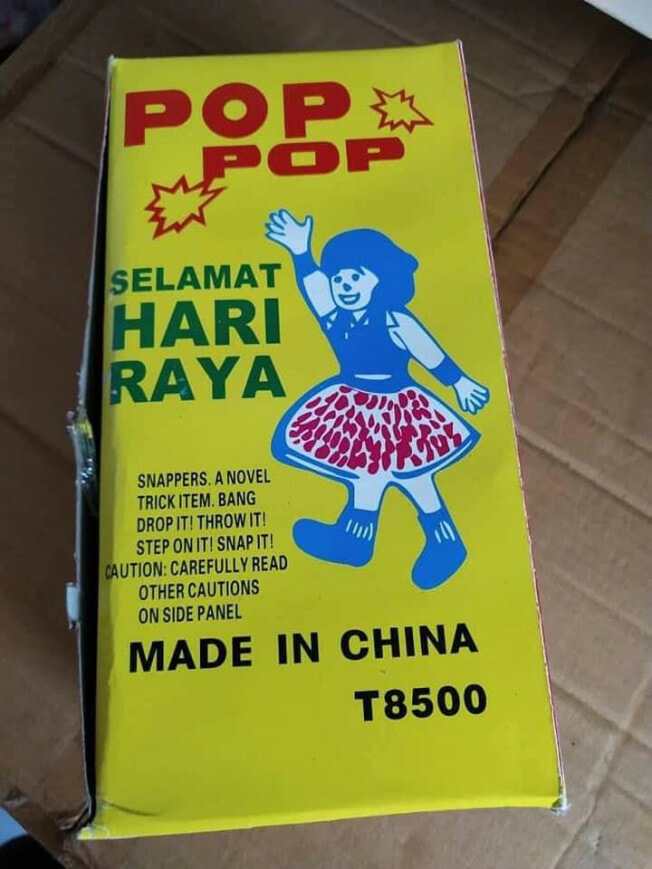 While it’s safe to throw on the floor and not supposed to damage your skin, you should take note not to throw it at anything else – especially glass. A Malaysian netizen recently shared her experience where her young son was playing with Pop Pop and somehow, he threw the little firecrackers at her car and some of it hit her car’s window.

Upon impact, these seemingly harmless poppers actually cracked and shattered her window. Wow, didn’t know they could do that! She wrote, “This happened during the second day of Chinese New Year. Just a few Pop Pop and they caused my car’s window to become like this.” She posted photos of the incident as well, and her car window is shattered with hundreds of cracks all over it. 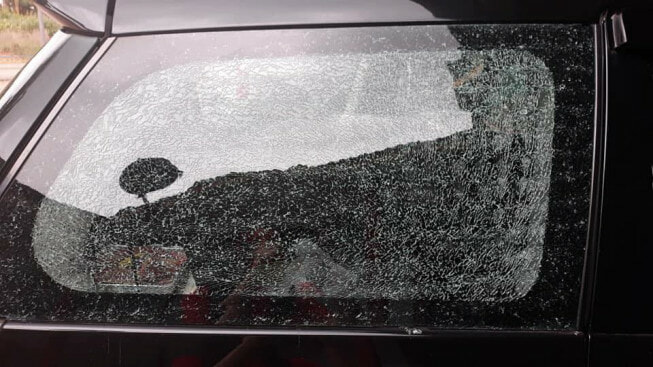 She was rather riled up at her son for throwing the Pop Pop at her car and said that he was very naughty. She added that she laughingly consoled herself, saying that he was her biological son. “Now, I just want to quickly find a car workshop that is open and send it to fix. Next time, I won’t allow Pop Pop to be inside my house again,” she added.

Netizens were amused by her naughty child’s actions and consoled her, saying that it was a small issue that could be easily fixed. Some of them were shocked that Pop Pop could do so much damage as they always felt that it was safer than other firecrackers. 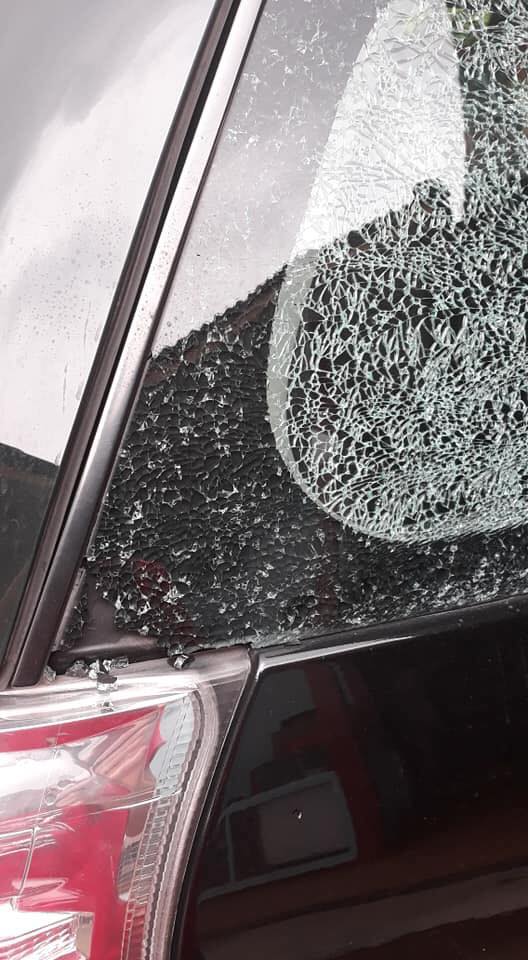 Although Pop Pop may be legal, you should always keep an eye on your kids when they are playing with things like that! 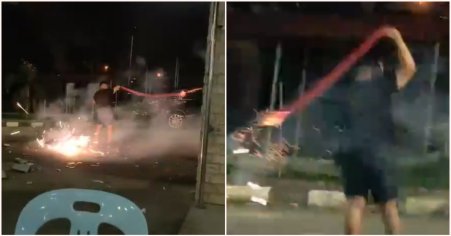