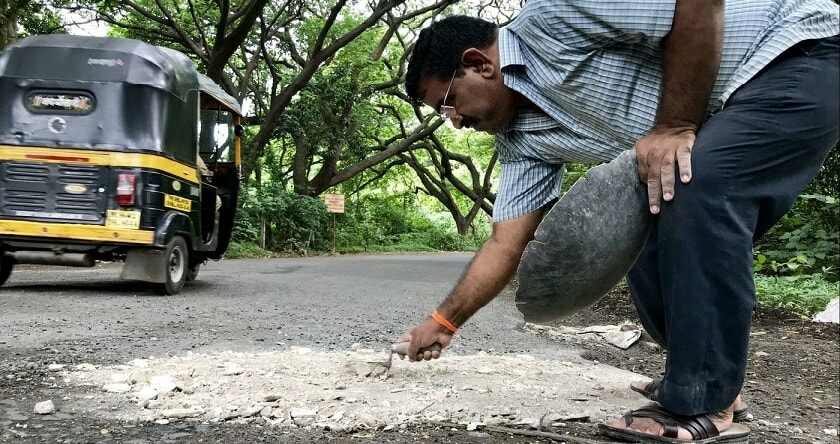 A parent’s love goes beyond words and often, it results in them doing things which others may not be able to comprehend.

For Dadarao Bilhore, he finds peace as he fills up potholes and smooths road surfaces everyday in honour of his son who passed away from a road accident caused by potholes. 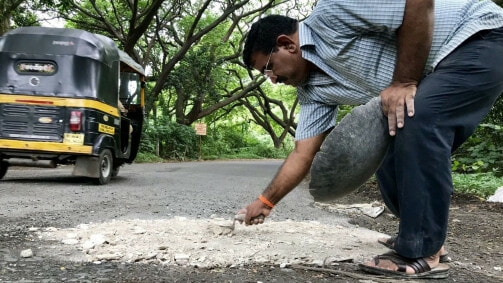 His son, Prakash Bilhore passed on three years ago, when he was only 16! Can’t bear to imagine how devastated his parents would have been!

By filling these potholes, Bilhore felt that it has helped him deal with the grief of losing his beloved son and to heal the void in his heart. He hopes that no other parent would have to go through the pain of losing their child through an accident which could be avoided.

He decided that he should do something about Mumbai’s roads, which like much of India’s (and Malaysia’s), are notoriously shoddy and threatening. 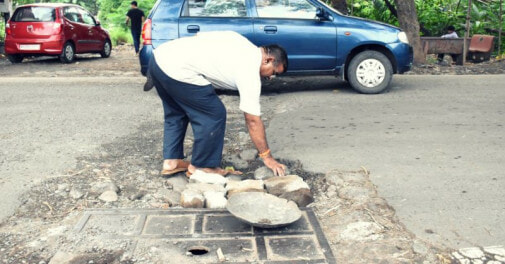 Almost 600 potholes have been filled up across Bollywood and the financial capital! What’s even more inspiring and interesting is that he uses the sand and gravel collected from building sites to make his little city a better place.

Putting his time away whenever he can, this vegetable-stall vendor has repaired 585 potholes! Many done alone, some done with the help of volunteers. How cute is it that he is also known as the ‘pothole dada’!

Bilhore feels the recognition given by the public gives him sufficient strength to deal with the pain of losing his son. Sometimes, he even feels the presence of his son around.

“Recognition of our work has given me strength to deal with the pain and wherever I go I feel Prakash is standing with me” says Bilhore. 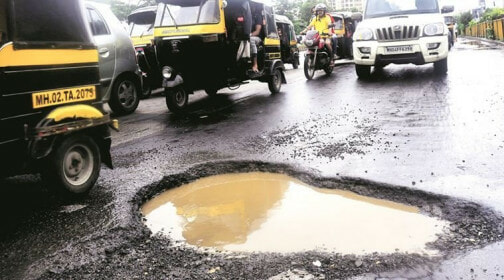 Statistics from the government shows that potholes were responsible for the deaths of 3,597 people across India last year. 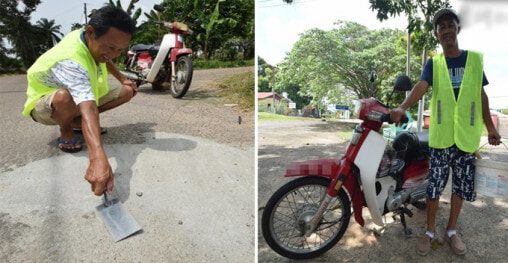