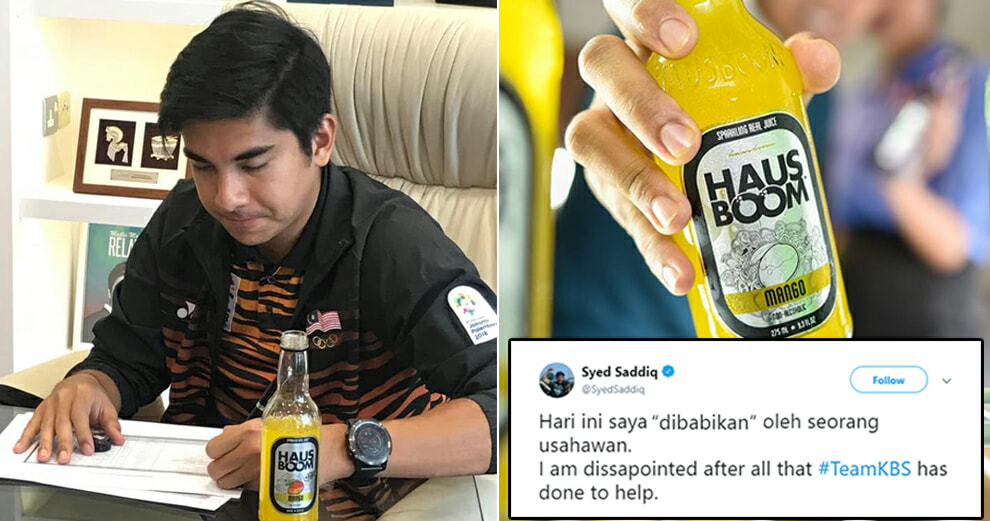 Is it just a marketing ploy or are there truth behind this attack by this young entrepreneur? One thing’s for sure though, it’s not nice to call someone ‘babi’ and kudos to him for apologising. 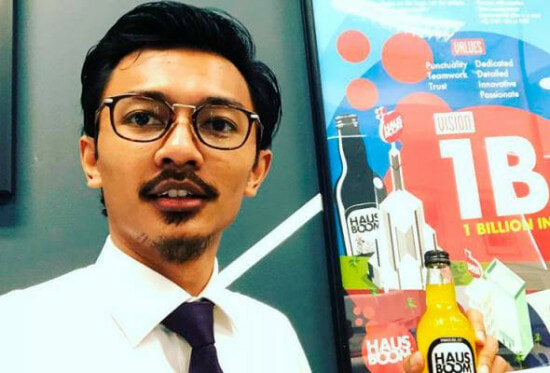 The young entrepreneur, Azri Zahier Azmi claimed that he was cheated by the Muar MP after the latter allegedly did not make do with his promise to read his business profile to Cabinet ministers during their meeting as well as include a Hausboom plug in the Youth and Sports Minister’s Instagram profile. 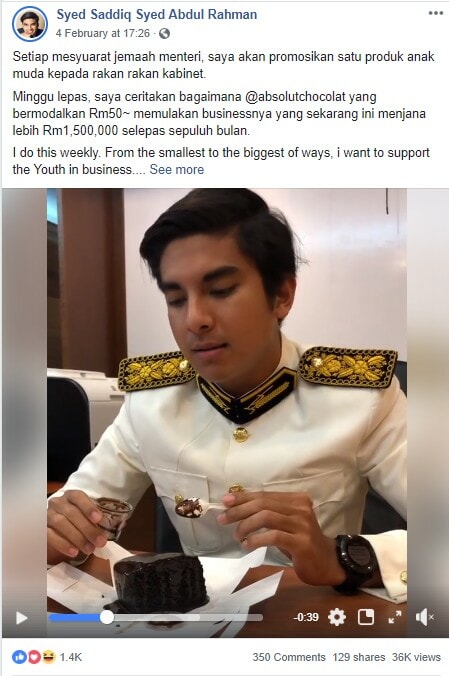 The local soft drink Hausboom founder made a number of controversial accusations in his facebook tirade, which include:

However, the most controversial part of the attack was its opening sentence where the young businessman wrote

The post is subsequently deleted by Azhar after many criticising his crude language and tone, but you can see a screenshot of the Instagram post here: 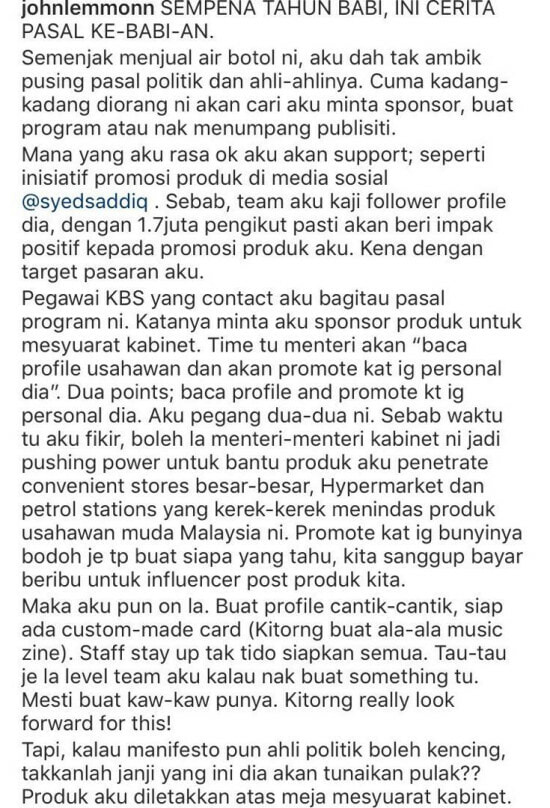 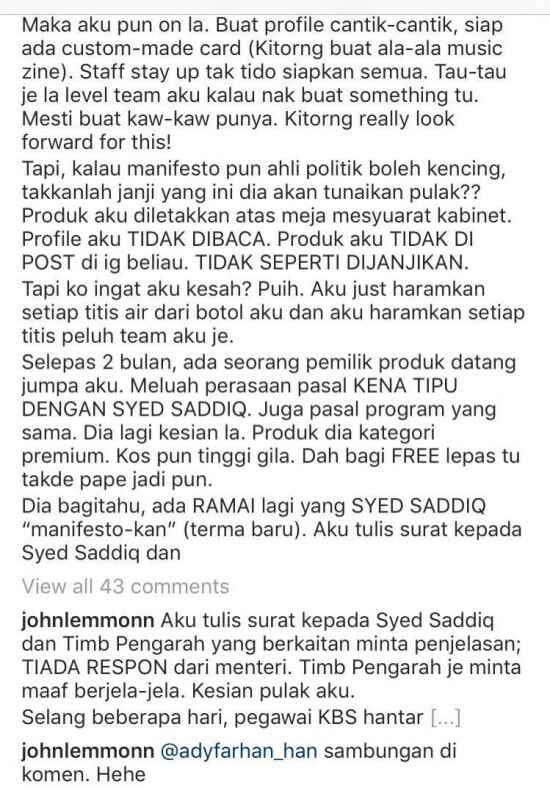 Azhar later made a follow-up post apologising for his crude usage of the word ‘babi‘ and associating it with the alleged actions of Syed Saddiq. However, he continues to stand by his claims nonetheless.

Responding to the accusations, Syed Saddiq made a social media post himself rebutting the attacks by the businessman. The PPBM Youth chief said he did not only bring Hausboom products into Cabinet meetings but also went to lengths of meeting business mogul Tan Sri Vincent Tan to have the local brand available at the convenience store chain 7-Eleven, something that Vincent Tan’s daughter confirmed via an Instagram story.

“I am not a person to rant out like this, but I am truly disappointed. Many had said this is a tactic for him to promote his product and that I should not respond because that is what he is asking for.”

In response to Azhar taking back consent of giving his brand items for free in the Cabinet meeting where his business profile was supposed to be read to ministers, Syed Saddiq has instructed his team to pay the cost of the products. As for the cronyism claim, Syed Saddiq said he has an independent committee that chooses which products by youth entrepreneurs the ministry could promote. 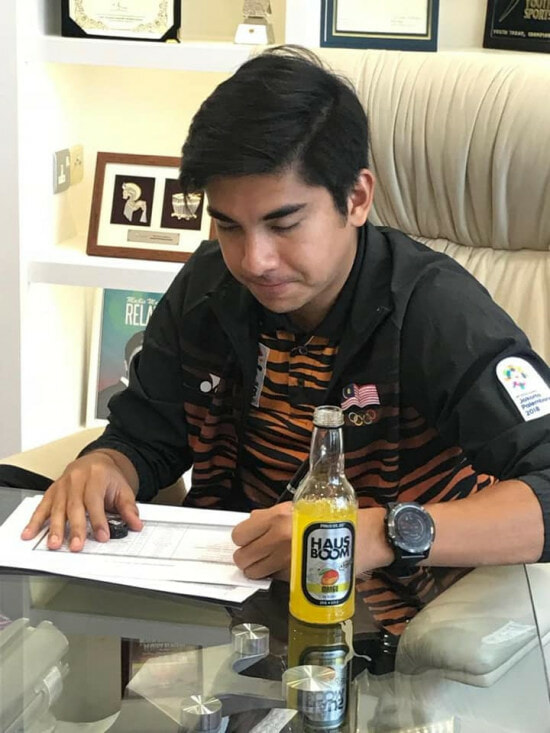 “To be honest, if it helps him, praise to God. But my disappointment stands. I will always pray that his product will succeed,”

Hopefully, the war of words would stop and both parties could come to a diplomatic resolution to the matter. Whatever it is, we must always see both sides of the argument before jumping into a conclusion. What is your take on the matter? Share your thoughts with us in the comments section! 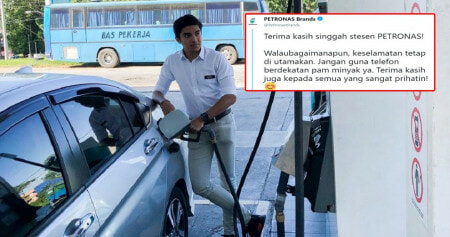