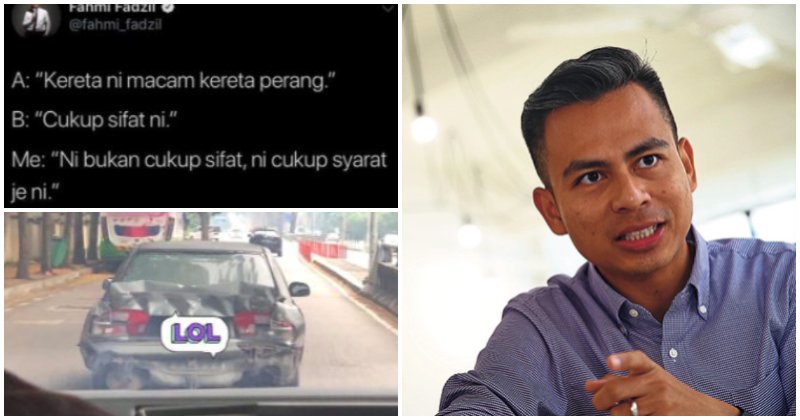 Once every 5 years, politicians in Malaysia reach out to the general public in order to win over as many votes as possible and solidify their stance in the General Election. They’d often times make promises, especially to the lower incomes groups, to help boost their quality of life. Sometimes, they make jokes, which sometimes backfire.

One politician decided that he could pass off a joke about a car he stumbled upon on the road that was in a very bad condition. However, what he failed to realise is that a majority of his voters and those living within the vicinity of his district are categorised under the B40 group. 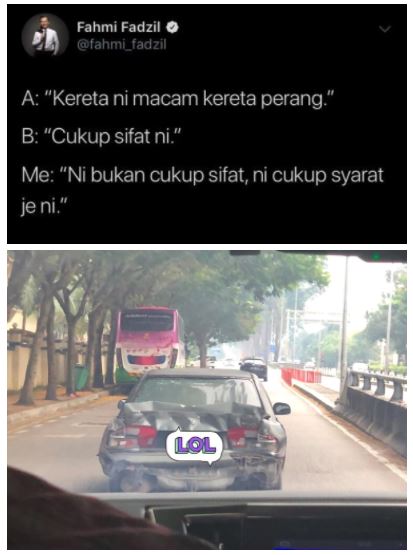 “A: This car looks like it’s been through war.

B: It’s qualified enough (to be driven).

Me: It’s not qualified, it just made the cut.”

Netizens were not entirely sure if Fadzli was being serious about the car’s road safety or if he was trying to make a joke, but nonetheless, no one seemed to be amused by his posting and saw it as an insult instead. Riza Tan (@RizaTann), a friend of the owner of the car, came forward on her own Twitter account to defend the owner of the Wira and to call out the minister for his insensitivity.

That is my friends car. He works as grab food driver and takes care of his parents.

Riza pointed out that the car belonged to her friend who delivers for GrabFood to make a living and to take care of his parents, before pointing out that the minister should not make fun of those who earn less than himself.

“We know those with the ‘Yang Berhormat’ titles earn high salaries, but please don’t laugh at other who don’t, YB.”

Netizens also came to support Riza, highlighting that most of those who voted for Fadzli and live within the district he oversees are from the B40 low-income group, and to whom he may very well owe his position to.

This comment says, “It’s okay, the world is round. Today, your friend is at the bottom, tomorrow it might be Fadzli and his family’s turn to be at the bottom. If you want to know the difficulties of the citizens, you have to go down to the citizen’s level first.”

Fadzli has since apologised for his insensitive words and has taken down the controversial posting.

The key to winning the people over, YB, is to be humble. 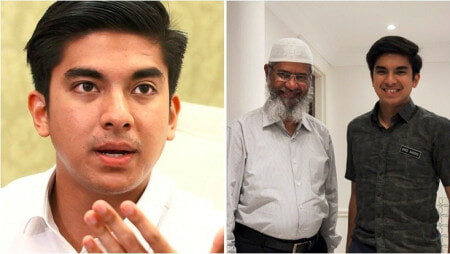